While some of us may not have a creative bone in our body, others have it in abundance.

Snaps taken from across the globe and collated in an online gallery by Shareably, reveal some of the most amusing ways in which people have come up with inventions and all-round wacky ideas.

Among the photos include one who made the most of a blizzard by turning the snow mounds into a beer fridge, and another who transformed plastic bottles into flip flops – giving a whole new meaning to the term ‘sustainable fashion.’

A further swapped chopsticks for pens when there was a cutlery shortage, while a fourth used his adorable cat as a furry phone stand. 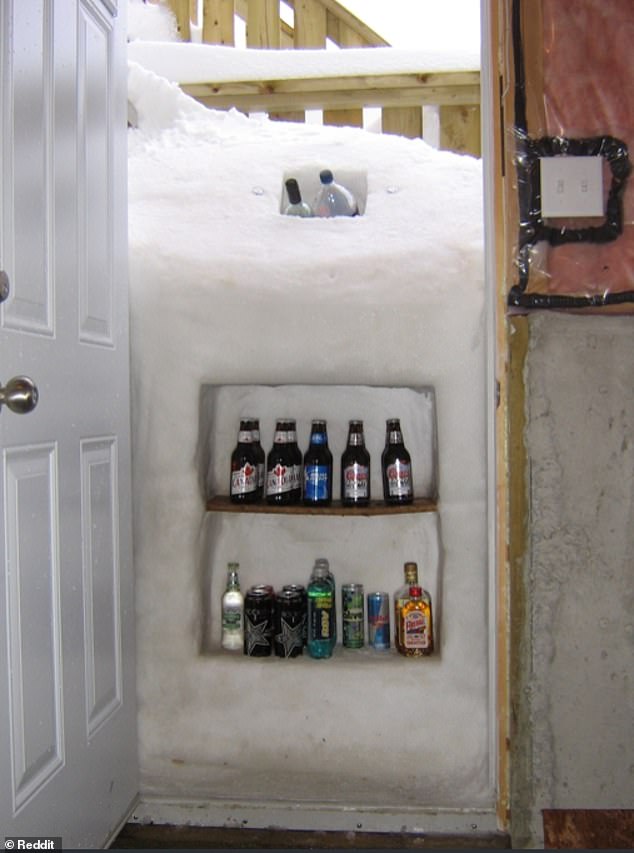 Cheers to that! Rather than panic because they’d been snowed in, these homeowners, from an unknown location, put the snow to good use – and turned it into a beer fridge instead 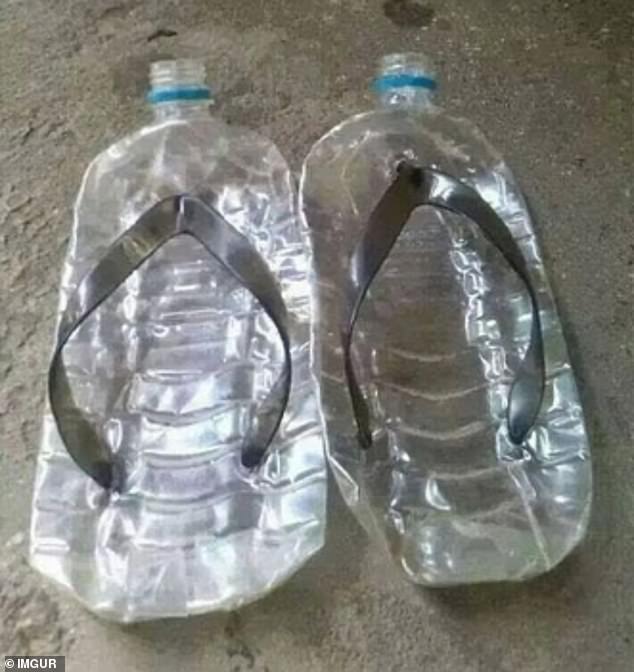 Putting your best foot forward! These plastic bottle-based flip flops give a whole new meaning to the term ‘sustainable fashion’ 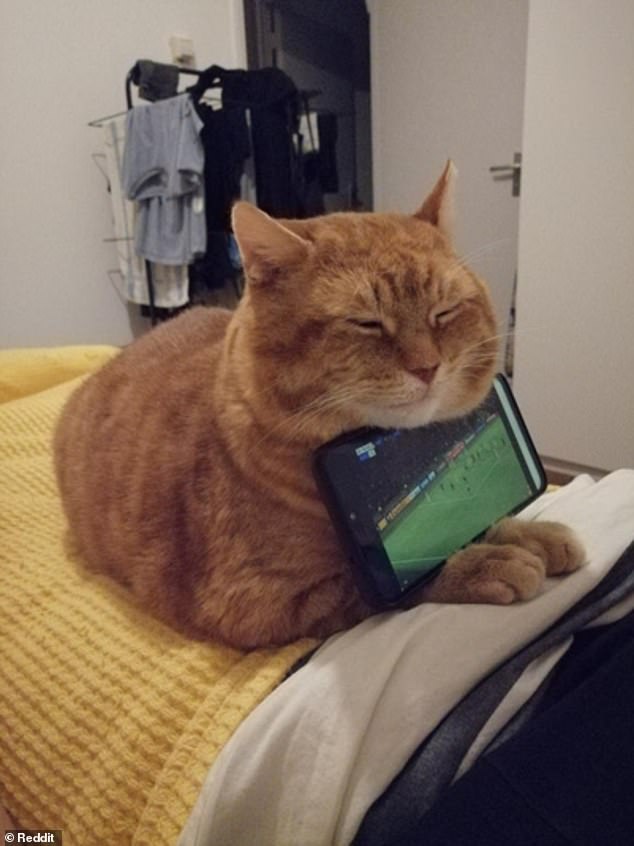 Feline useful! One pet lover, from an unknown location, used his cat as a furry phone stand so he could get the perfect view of the football 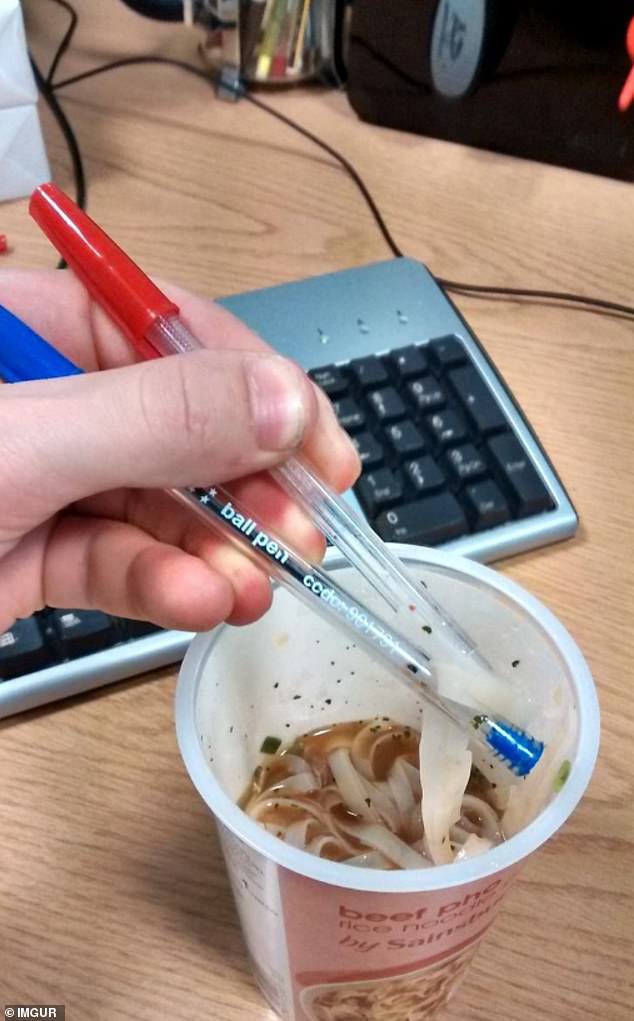 Who needs chopsticks? if you find yourself short of cutlery, then take a leaf out of this person’s book and get creative! 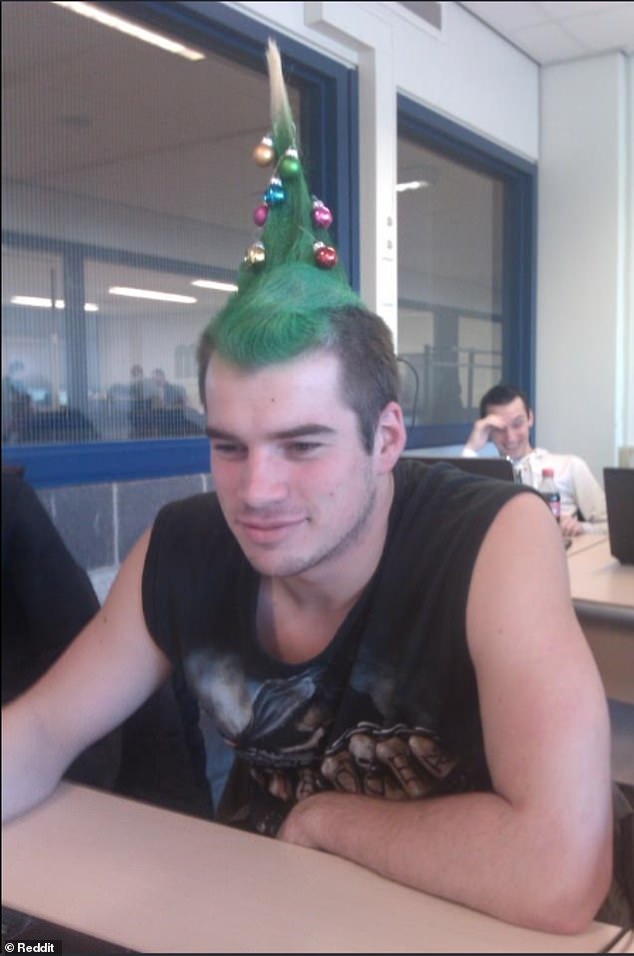 Looking tree-mendous! This man, believed to be from the US, turned his hair into a Christmas tree – and now spreads festive cheer wherever he goes 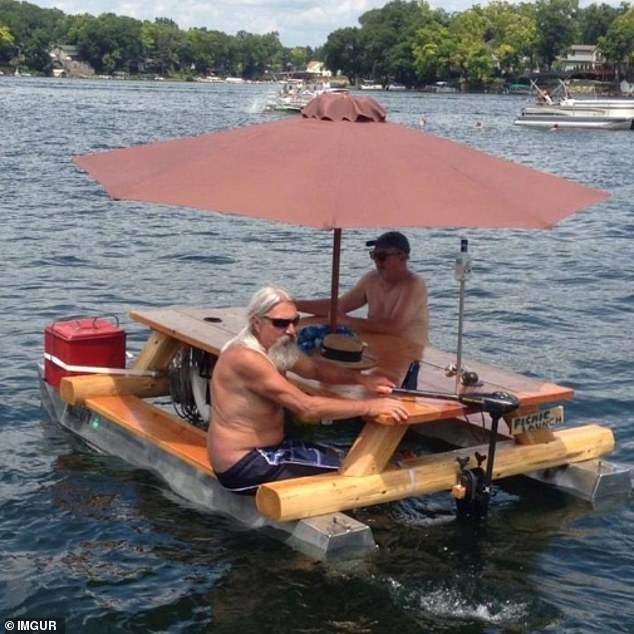 Lunch with a view! This creative duo, from an unknown location, were bored of looking out at the same scenery, so decided to do something about it 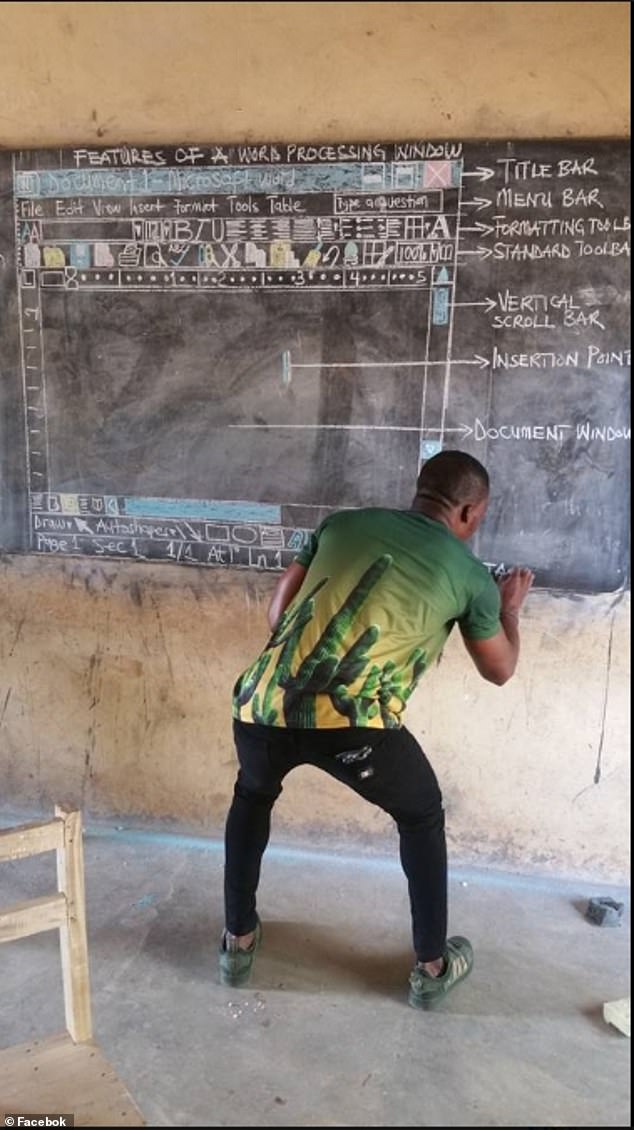 A star for effort! An African school couldn’t afford tablets for the students, but this teacher still wanted them to learn how computers work, so drew the instructions on the chalkboard 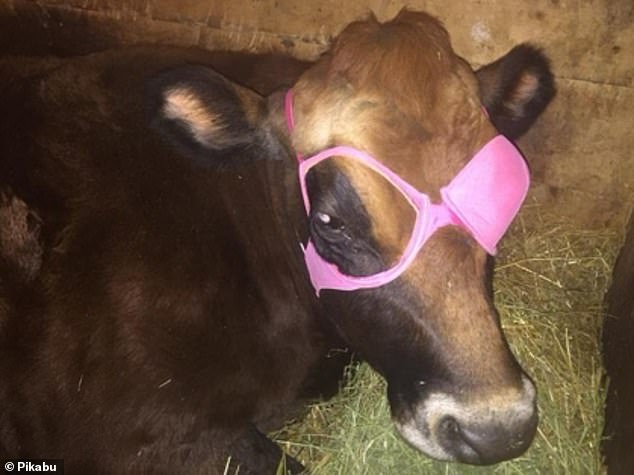 Holy cow! When this cow – based in an unknown location – had an eye infection, the average-sized eye patch was far too small, so the owners decided to improvise using a bra instead 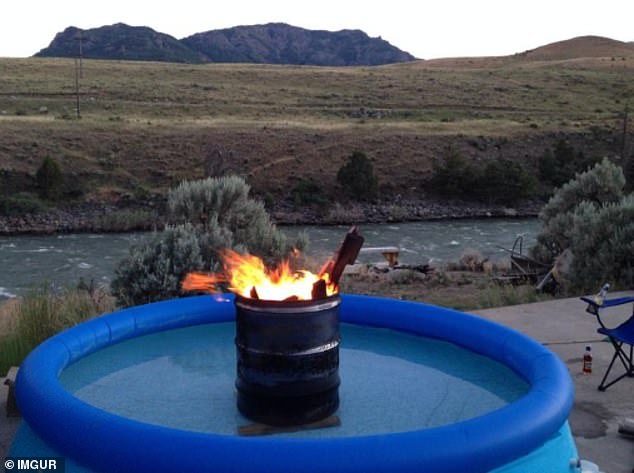 Don’t try this at home! Well that’s one way to turn a paddling pool into a steaming hot jacuzzi – even if it does break health and safety rules and regulations! 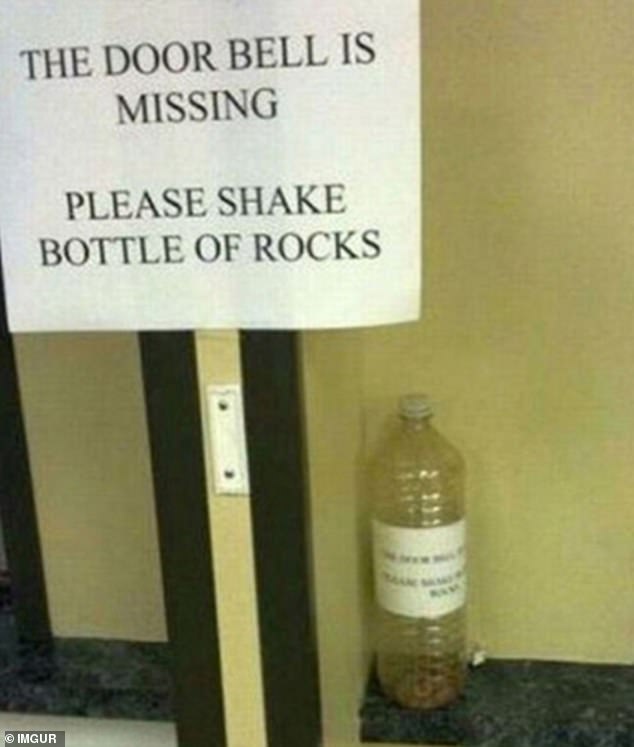 Alarm bells! When the doorbell broke, an innovative individual, from an unknown location, decided to make his own by putting stones in a plastic bottle 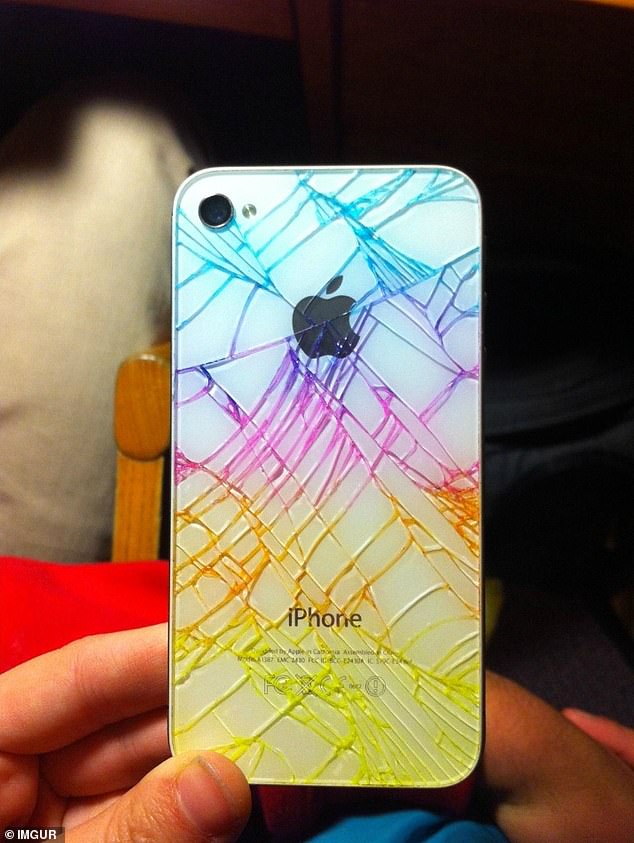 Cracked it! Instead of purchasing a pricey new case after it smashed on the floor, this phone owner, from an unknown location, decided to make the best of a bad situation 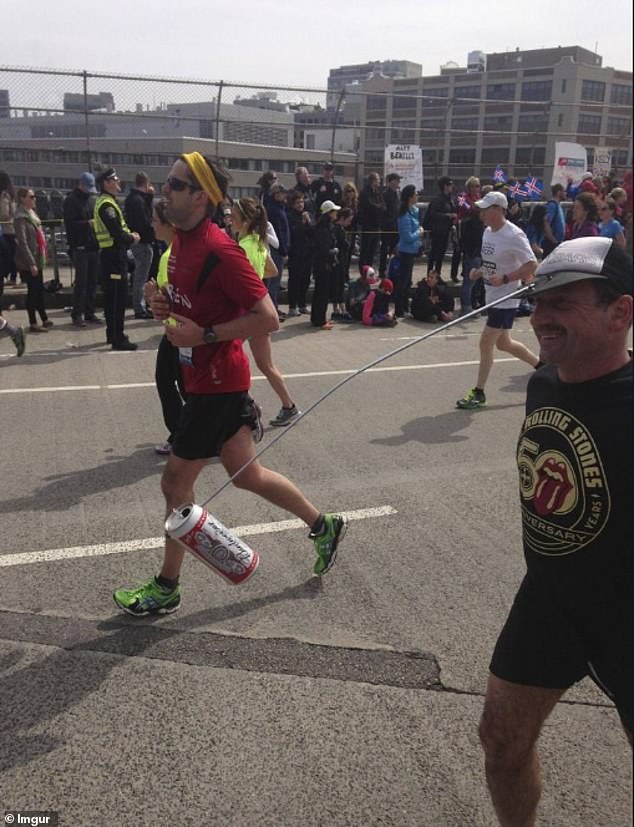 Beer goggles! This marathon runner, from an unknown location, dangled a can of booze in front of him to give extra motivation to get to the finish line 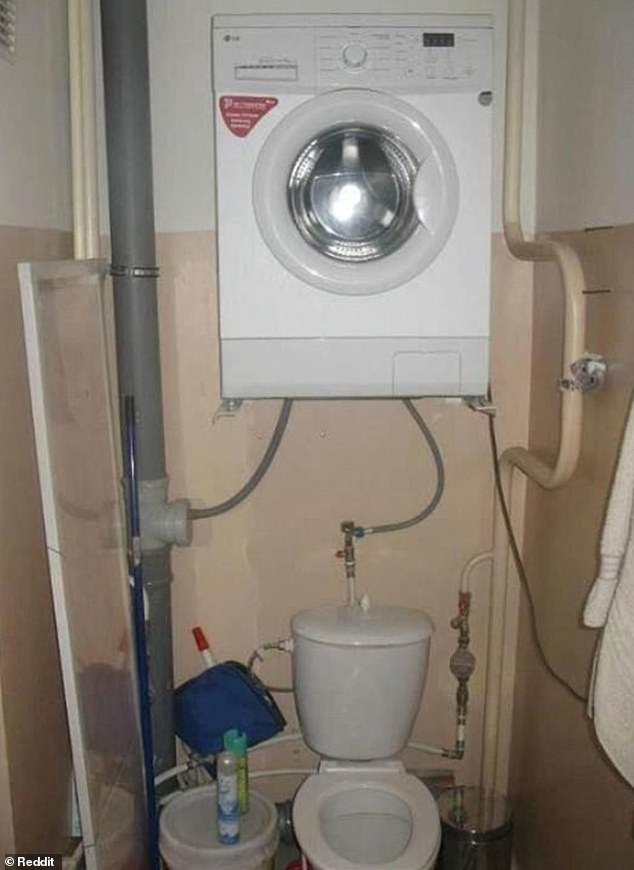 Anything is possible! If you thought this bathroom, located in an unknown location, seems too small for a washing machine, then you would be mistaken