Regina King’s One Night in Miami, which premiered at the Venice Film Festival on Monday, has created quite a buzz for the Academy Award winner. According to Variety, the feature is “the first film by a Black woman to ever premiere at the 77-year-old festival.” But that’s not all. Early screenings have critics hailing the movie as “well-acted history lesson,” a “captivating directorial debut,” and apropos, “a vibrant knock out.”

One Night in Miami, which will have a gala premiere at the 2020 Toronto International Film Festival, centers around a fictional conversation between Muhammad Ali (Riverdale’s Eli Goree), Malcolm X (High Fidelity’s Kingsley Ben-Adir), Otis Redding (Hamilton’s Leslie Odom, Jr.) and Jim Brown (Underground‘s Aldis Hodge). The venerable men have gathered in Miami on February 25, 1964 in celebration of another big boxing win for Ali. 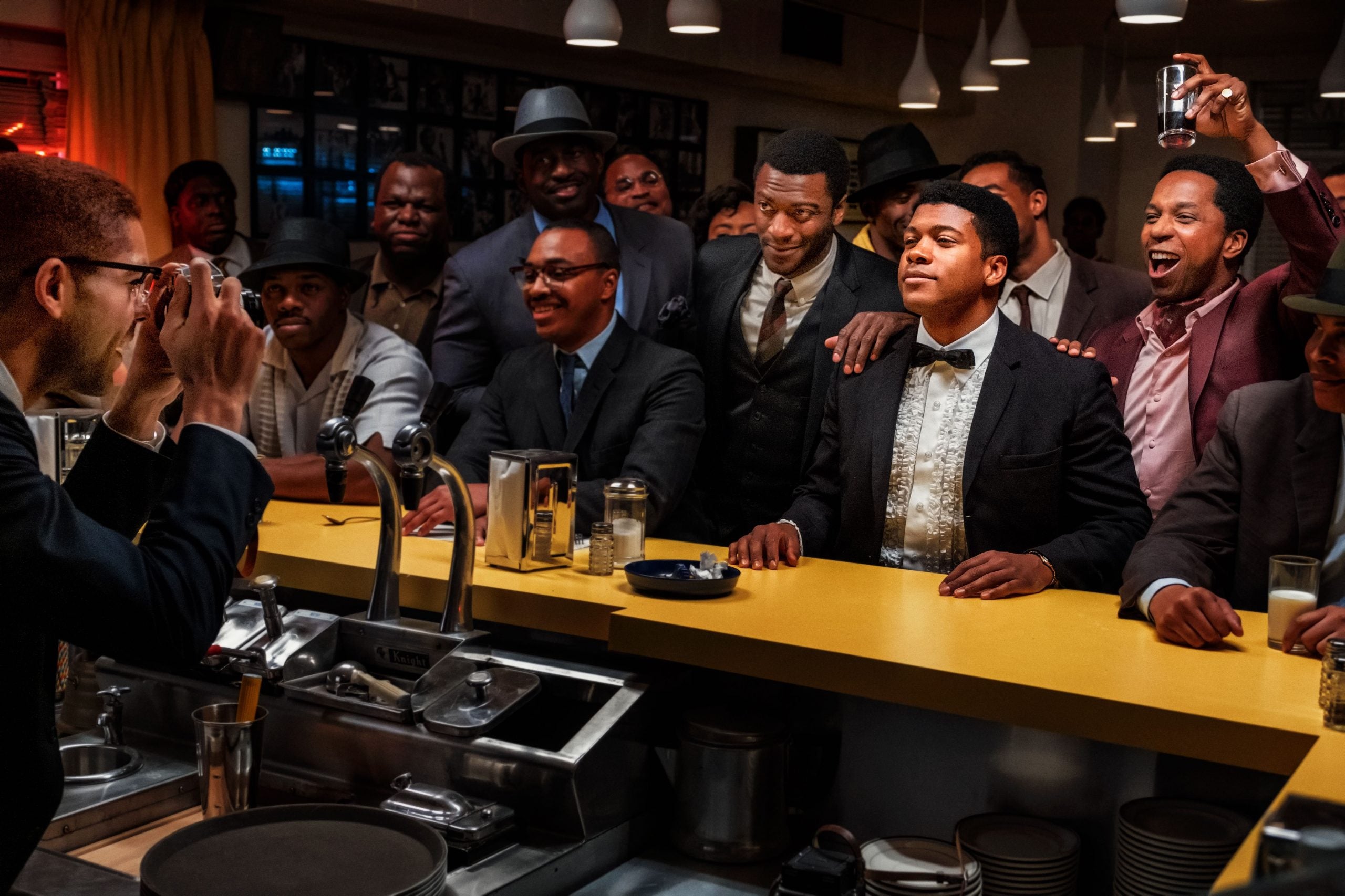 There’s some truth on what happened that day in Miami: Muhammad Ali did beat Sonny Liston at the Convention Hall Arena and Malcolm X was in town. The two friends did attend a private party at a Miami Beach hotel. From there, playwright Kemp Powers imagined what the men—joined by Otis Redding and Jim Brown—would have discussed as they were in the thick of the civil rights moment.

For King, as she tells The Hollywood Reporter, the film’s place in history resonates with today’s racial discourse. “This conversation in the middle of right now, it has been going on forever, as far as a Black American is concerned. The passion and the pain that you hear and you see now are coming from the same space that these four men are speaking from and living through 40 years ago,” she said.

Powers’ play premiered in 2013 at the Rogue Machine Theatre in Los Angeles. King was named director of its big screen adaptation in July 2019; she began filming in January 2020. One Night In Miami was acquired by Amazon Studios, which will release the film later in the year.