Rebel Wilson may be trading in her Birchgrove home to move to London, but she hasn’t abandoned the Sydney property market, nor her family.

Within weeks of listing her Victorian villa on the Birchgrove waterfront for $9 million, her investment vehicle, Camp Sugar, has bought a four-bedroom cottage around the corner for $3.6 million, amid local talk it is for her mum, Sue Bownds, to live in. 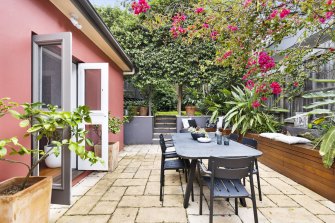 And whaddya know, right on cue the nearby three-bedroom semi owned by Bownds has hit the market through Cobden Hayson’s Peter Gordon, who is the same agent currently showing buyers through Wilson’s waterfront residence on Louisa Road.

Gordon declined to discuss the happy sequence of events, leaving it to records to show Wilson purchased her latest investment digs near Birchgrove Oval in an off-market deal through Matt Hayson on behalf of Roger Copnall, the Rabobank senior executive now based in the Netherlands.

Wilson’s Camp Sugar investment company also owned her previous investment apartment in Gladesville, until she sold it two years ago for $880,000.

Celebrity businessman Andrew Banks did so well from his recently sold Double Bay investment terrace he looks to be going again, snapping up its twin next door for $10 million.

Readers will recall the star of reality television show Shark Tank bought the Victorian Italianate terrace for $6,065,000 and, four years later, offloaded it for $9.8 million, effectively making him almost $1 million for every year he owned it. 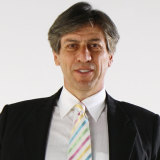 Andrew Banks has made a $10 million return to the Double Bay market.Credit:Louie Douvis

Of course, his sale price no doubt pushed up the asking price of the house next door given the few months in between deals, but the new digs at least comes with an extra bedroom.

Cosmetic physician Peter Bakaric and his wife Nikki have had their Vaucluse apartment on and off the market since 2018, but were forced to withdraw it each time when they didn’t get what they thought it was worth. But no more. It sold this week for about $16 million, making it the suburb’s second-highest apartment sale.

Ray White Woollahra’s Kate Smith declined to reveal the identity of the “local downsizers” who purchased it, saying only that they were introduced by colleagues Randall Kemp and Michael Lyons.

Not bad for a three-bedder that last traded unfinished for $4 million in 2013.

The only apartment to sell locally for more was a penthouse on Dalley Avenue, sold in January for $17.5 million to medico Louis Klein and his wife Claire, who downsized from their $28.5 million Bellevue Hill mansion, Alcooringa. 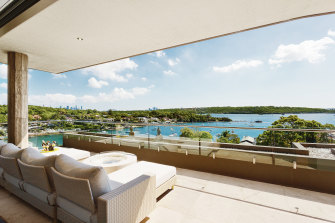 The three-bedroom apartment of Nikki and Peter Bakaric has sold for about $16 million.

The last time the grand Federation residence with tennis court and swimming pool traded was in 1989 for $2.4 million, when it was sold by entrepreneur Garry Carter.

The Krallis family are coming from Hunters Hill, where McGrath’s Tracey Dixon sold their waterfront home before its scheduled auction late last year for $8.8 million.

Drummoyne’s suburb record has been reset on the quiet, but it’s not the recently listed historic waterfront property, Shalimar, that has taken the crown. Lawyer Philip Argy and his wife Jane have secured $16 million for their Federation mansion Craigstone. 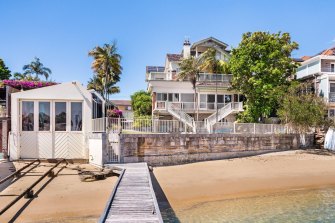 The Federation house Craigstone in Drummoyne has reclaimed the suburb’s record house price.

The off-market sale by Raine & Horne Gladesville’s Tim Le ends the commercial mediator’s 32 years on the riverfront, when the same 1905-built residence last set the suburb high at $2.55 million.

It was last sold in 1990 by the late art collector John Schaeffer, when he was upgrading to Bellevue Hill’s Rona estate.

Taking the keys to Craigstone is property investor from Hong Kong Wei Jia Wu, whose Sydney’s investments have amounted to more than $6 million worth of apartments from Lane Cove to Artarmon, plus a terrace in Surry Hills.

Local talk puts the sale of Shalimar at closer to $15.5 million, which makes sense given its need for a renovation, or more. But with no comment from Savills’ Martin Schiller, it will be left to settlement to confirm the result.

Most Viewed in Property