A BBC presenter and professor who revealed she was left stumped by her nine-year-old’s homework has since left fellow academics baffled after posting the impossible question online.

Alice Roberts, who hosts documentary series Coast, took to her Twitter and shared a picture of the challenging task, which reads: ‘There’s a lovely example of a fronted non-finite clause on the bottom half of page 45. Can you find and copy it?’

Alongside the screenshot, the Professor of Public Engagement in Science at the University of Birmingham, wrote: ‘Oh dear. Trying to help the nine-year-old with homework again….’ – and it turns out she wasn’t the only genius who struggled to find the answer.

‘I’m a professional writer and editor of linguistics materials with a Masters in Applied Linguistics, and I have absolutely never needed to know what a “fronted non-finite clause” is,’ wrote one, while a second penned:

‘I’m also a writer, and I’ve coached students in academic writing too, and I haven’t needed to know what that is either. Too busy trying to stamp out comma splices and semi colon abuse, which are more common problems!’ 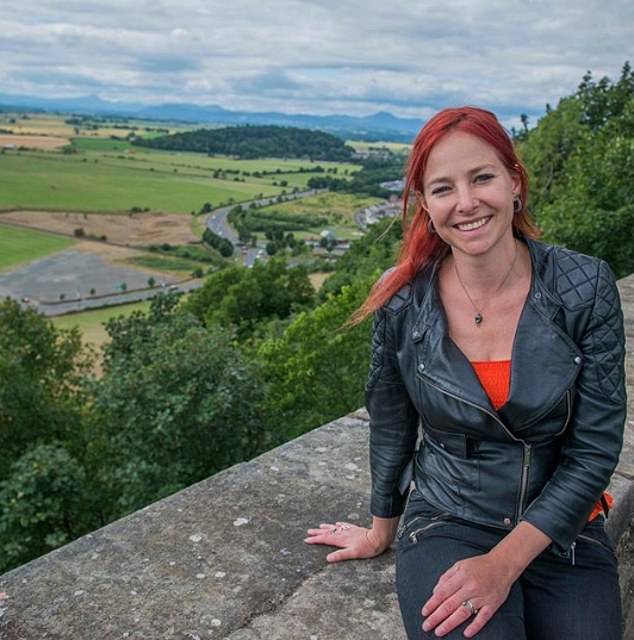 BBC presenter Alice Roberts (pictured), from the UK, shared her nine-year-old’s homework with her Twitter followers 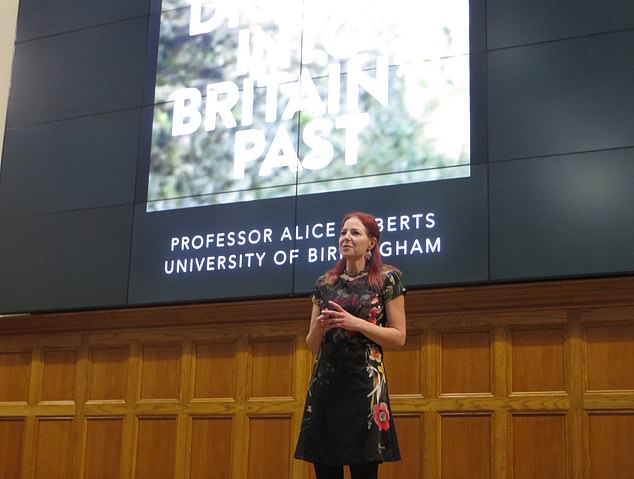 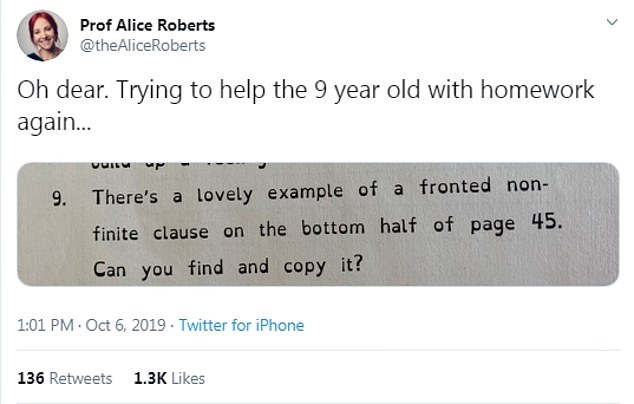 Alice shared a picture of the school task, which reads: ‘There’s a lovely example of a fronted non-finite clause on the bottom half of page 45. Can you find and copy it?’

Professor Colin Talbot added: ‘As I have said several times, Dr T and I have 5 degrees between us and this grammar zealotry defeated us. Absurd. No-one except linguists needs to know this stuff.’

However, amongst the thousands of confused members of the public, there was just one who seemed to shed a little light on the definition.

‘Fronted adverbials are adverbs, adverbial phrases or adverbial clauses that are placed before the main clause eg “Happily, it’s over.” “In the end, it was over.” “When the sun set, it was over,’ explained writer and poet Michael Rosen.

In response to the post, which has since been liked 1.3k times, many who have spent a lifetime working in the industry told how they were left stumped. 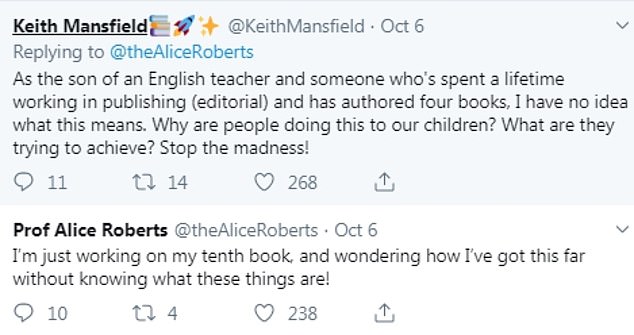 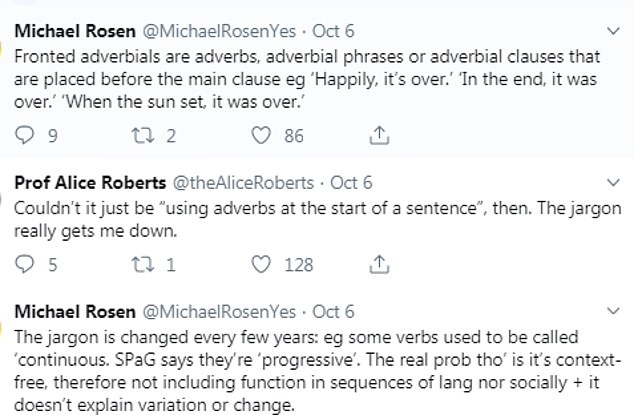 ‘I’m an English teacher and a journalist and a published author and am 100% convinced that this stuff is utterly pointless,’ wrote author James McEnaney, while a further agreed: ‘Professional editor here. No idea what that is or why a child would need to know it.’

Publisher Keith Mansfield added: ‘As the son of an English teacher and someone who’s spent a lifetime working in publishing (editorial) and has authored four books, I have no idea what this means. Why are people doing this to our children? What are they trying to achieve? Stop the madness!

What is a non-finite clause?

A non-finite clause is a subordinate that is based on a to-infinitive or a  participle.

One expert who was completely confused asked: ‘Is it a “yes or no” answer they’re looking for?’

Another joked: ‘I get the “fronted” (it’s at the beginning of the sentence, yes?. I get the “clause” (it’s -well – a clause (a contiguous group of words), but what is non-finite about it? It’s got a finite length.

A further, who was dubbed as having the ‘best answer ever,’ advised the author and biological anthropologist’s son to ‘exercise subjectivity,’ and wrote: ‘Leave it blank as “you didn’t think said clause was lovely.’

Meanwhile, another elder who was faced with a similar piece of tricky homework explained: ‘My five-year-old old me a word was a “split digraph” once. Had to quietly google it.’

Others came up with amusing alternative answers, with one writing: ‘Exercise subjectivity! Leave it blank as “you didn’t think said clause was lovely”