When in Wales! Prince Charles shares a joke with local farmers as he visits a cattle market on week-long tour marking 50 years since his investiture

Charles and Camilla’s tour of Wales marking 50 years since his investiture continued today with the Prince visiting farmers and getting front row seats at a cattle market.

The duo are visiting the country as part of Wales Week, an annual event where they spend time in the country visiting charities, businesses, cities and individuals.

Prince Charles was a hit with the locals in Dolgellau, North Wales, where he visited the cattle market and met with farmers, who he appeared to have in fits of laughter.

Pictures show the 70-year-old mingling with locals and watching on from a balcony as a cow was paraded in front of punters. 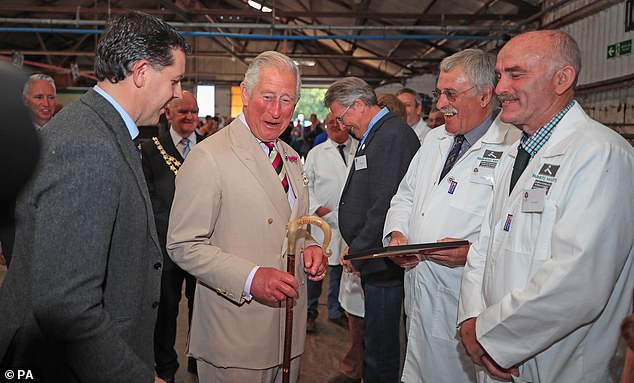 In one particularly tender moment, the grandfather-of-four was seen making a baby laugh as he paused to chat to her mother.

The Prince of Wales was meeting with farmers who have benefited from The Prince’s Countryside Fund’s Farm Resilience Programme, of which he is a patron.

The pogramme offers free business skills training to family dairy and livestock farms across the UK.

It has been a busy week for the prince and Camilla. On Monday Charles attended a regimental memorial service and the laying up of the old Standard with 1st The Queen’s Dragoon Guards to mark the Regiment’s sixtieth anniversary. 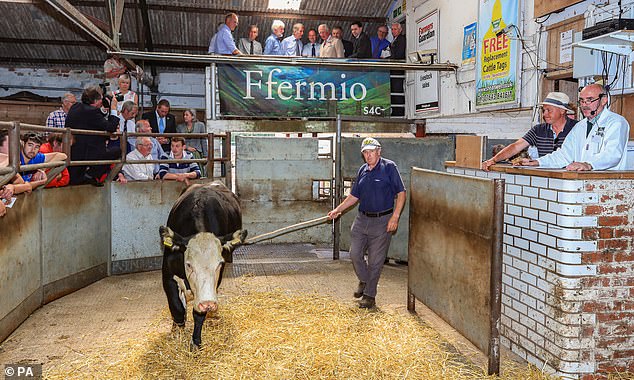 The Prince also visited The Prince’s Trust call centre before going to the Ty’n-y-Coed Forest to hear of the work done by horse loggers and to hand out The Prince of Wales Trophy to the winner of the British Horse Loggers Woodland Management Award.

On Tuesday he visited South Wales Police HQ to celebrate their 50th anniversary and meet officers from various units – with Clarence House’s Instagram page sharing a picture of the prince with two policemen and two horseback officers.

‘It has been a great joy today to have the chance to meet so many of those who put so much dedication, experience and expertise into the job of keeping people safe in the community,’ he said. 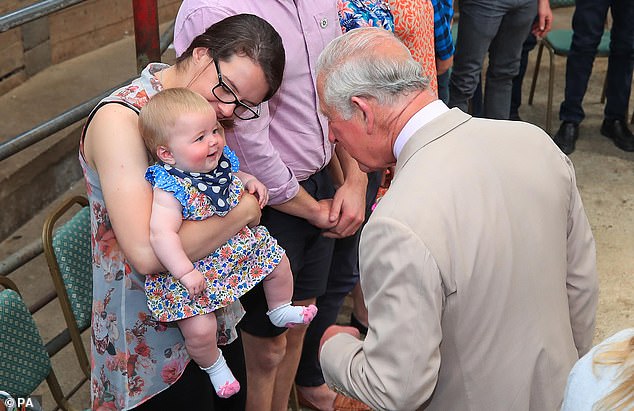 The Prince has been a hit with the children on the trip, he is seen here making a toddler smile

In the evening, Their Royal Highnesses hosted an evening of music and drama at their Welsh home, Llwynywermod.

On Wednesday, they attended celebrations in Victoria Park for the 50th anniversary of Swansea’s City status, which was granted in 1969 following The Prince’s Investiture.

While the Duchess was in Richardson’s Bakery, who made the cakes for Their Royal Highness’s wedding reception in 2005, The Prince visited The Morriston Tabernacle Chapel to meet members of the congregation. 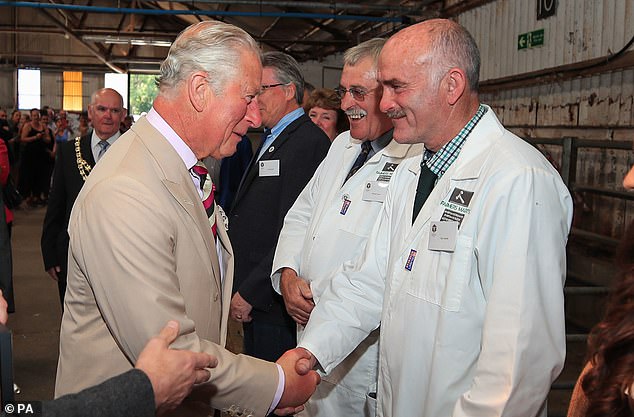 To begin their fourth day in Wales, The Prince of Wales and The Duchess of Cornwall visited The Winding House to see the fully restored Victorian winding engine that used to power the lifts taking workers into the mines below.

To end the day, The Prince of Wales visited Maescoed Farm to meet Hayley Hanson, who creates sustainable lather bags and goods and has benefited from The Prince’s Countryside Fund Farm Resilience Programme.

He was pictured there happily laughing along with Ms Hanson’s two young daughters. 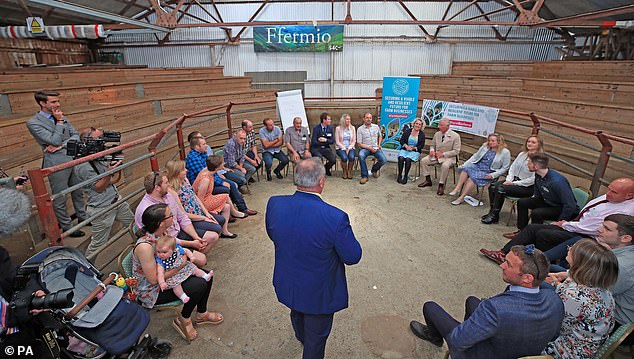 The Prince of Wales sits down for a talk inside the cattle market in Dolgellau, North Wales

Charles was created the Prince of Wales by the Queen when he was only nine years old on July 26 1958.

He was formally invested with the title by his mother 11 years later on July 1 1969 at Caernarfon Castle in north Wales at the age of 20.

Monday July 1 marked 50 years – a golden jubilee – since the grand spectacle was staged amid great pomp and ceremony.

By the end of the five-day tour the royal and his wife will have carried out more than 20 engagements.