Baby on the way! Eve and her husband, Maximillion Cooper, are expecting their first child together.

The pregnant rapper, 42, announced the news on Friday, October 15, in an Instagram post showing off her baby bump. “Can you believe it @mrgumball3000 we finally get to tell everyone!!!!!” she wrote in her caption. “You all know how long we’ve been waiting for this blessing!!! We get to meet our lil human February 2022.”

Several of the Grammy winner’s famous friends chimed in to wish her well in the comments section of the post. “Yessss!!! I’m so glad it’s out!” wrote Naturi Naughton, who stars alongside the Philadelphia native in the upcoming ABC series Queens. “Congratulations girl!!! 🔥🔥🔥 soo happy for you guys.” 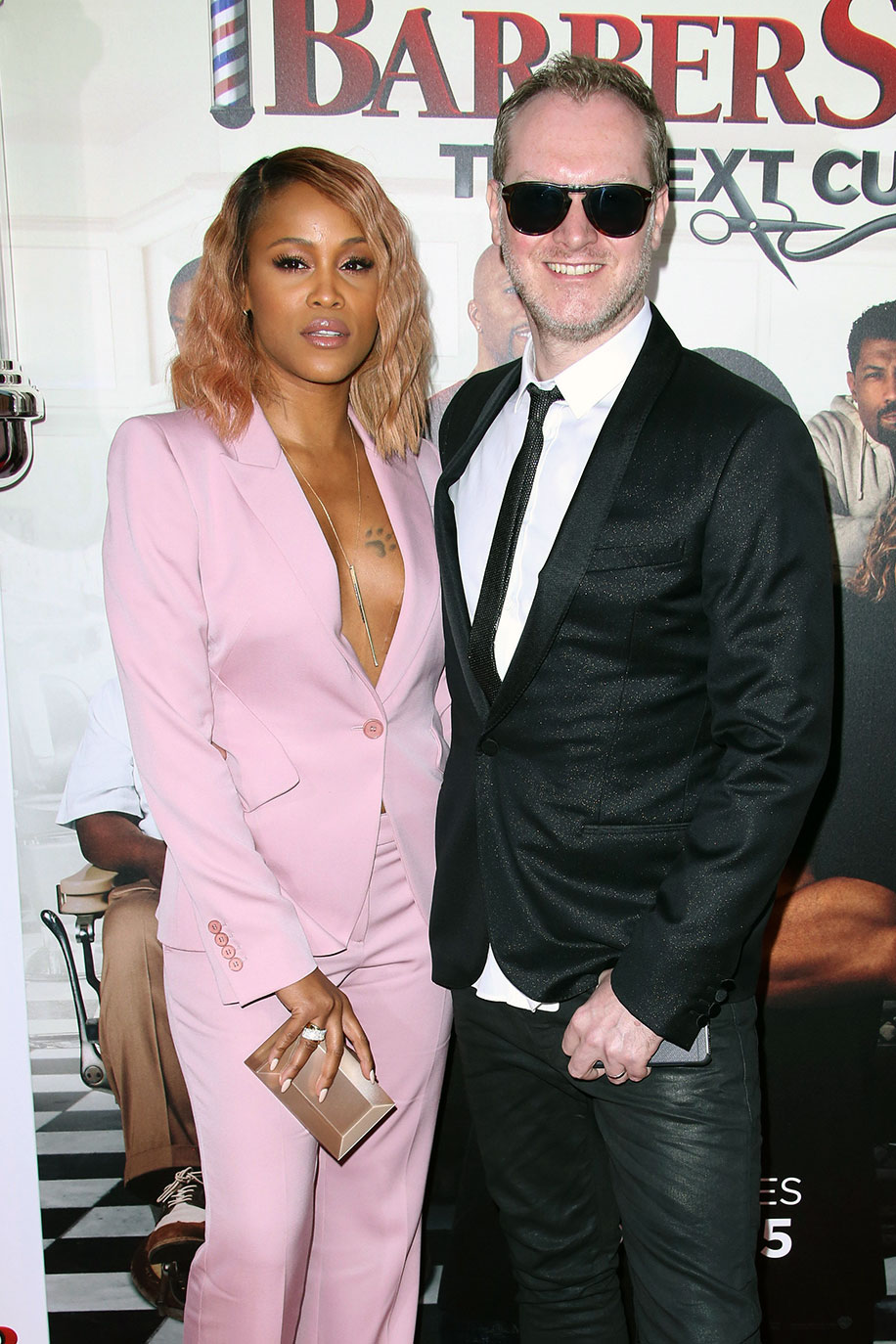 The “Let Me Blow Ya Mind” singer and Cooper, 49, tied the knot in June 2014 after four years of dating. The entrepreneur shares four children with his ex-wife, Julie Brangstrup.

“Very excited to share this news,” Cooper wrote via Instagram on Friday, resharing the photos that Eve posted to her own account. “We have a lil human on the way!”

Last year, the Daytime Emmy nominee exclusively told Us Weekly that having her own stepfather helped her figure out how to be a stepmom to Cooper’s children.

“I have a stepdad, and when he married my mom when I was younger, I kind of felt like, ‘Well, why did nobody ask me? Why did nobody talk to me about my feelings? Why do I just have to do what you say?’” she said in April 2020. “When you become an adult, you kind of forget that you used to be a kid and you have feelings, so it’s important for me sometimes to say, ‘Well, what’s happening here? What’s going on?’”

Eve admitted that she initially felt anxious about becoming a stepmom, but the kids eased her fears right away.

“I was very nervous, but they all just embraced me and we kind of just went along with it,” the former Talk cohost told Us. “One thing that made me fall in love with my husband is that he’s such a good dad. I think I just kind of follow his lead. That was something I’ve admired about him and it just helps.”