Rashad Tate is back in a big way in ‘Power Book II: Ghost’ season 2. Larenz Tate and Shane Johnson tease EXCLUSIVELY to HL what’s ahead for Rashad and Saxe, including Saxe switching sides to work for Davis.

Power Book II: Ghost returns for its highly-anticipated second season on November 21. The end of the first season featured major shifts for all of the characters. Season 2 will bring back the great Rashad Tate full-time, with Larenz Tate returning as a series regular. HollywoodLife got EXCLUSIVE scoop from Larenz and Shane Johnson about what’s ahead in season 2.

“You’re going to continue to see a determined Rashad Tate,” Larenz told HollywoodLife EXCLUSIVELY during the show’s press junket. “There are some bumps in the roads, some serious hurdles, there’s some road blocks. He has to find a way to approach it differently but still keeping up with the antics that we have grown to love and to also hate. You’re going to find him sort of at the bottom. Because he loses the gubernatorial, he’s out of it and he’s trying to deal with failure, and failure is just not an option for him. He has to find a way to win and move up that political ladder.” 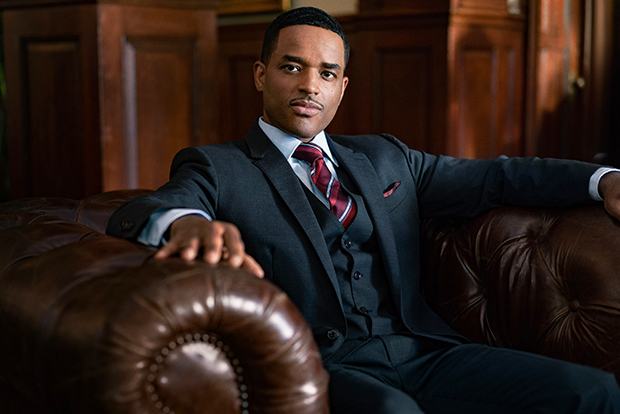 Rashad will cross paths with Tariq St. Patrick, once again pulling Rashad into the web of chaos that the St. Patricks thrive on. “He’s always crossing paths with the St. Patricks. Just when he thought he was out, they keep pulling him back in, and so, yes, Tariq and Rashad will cross paths,” Larenz teased. “The real question, is it going to be the same kind of dynamic that Rashad had with James St. Patrick and how he can utilize this young man to get to the next level and be part of his agenda.”

As for Cooper Saxe, he’s got quite a different journey ahead in season 2. After failing to capture Tommy Egan, Saxe’s run as a U.S. Attorney came to an end. However, Davis Maclean offered Saxe a position at his law firm as a defense attorney. Saxe chose to work for Davis rather than his family.

“I had two different roads that I could potentially travel,” Shane said of his character. “One was going to work with my family, which would have been admitting defeat and failure. There’s a deal with, not necessarily a deal with the devil, but a deal with a very charming, sort of duplicitous, untrustworthy individual [in Davis]. I feel like for me, for Saxe, it’s all about what’s my pathway to winning because that’s what I’ve been after this whole time and I’ve just been eating up so many losses and failures. I think it’s my time to shine, that’s what I think.”

Now that Saxe is working for the other side, this may mean he has to work for people like Tariq. Given his past with trying to take down the St. Patricks, this is going to be an interesting ride for Saxe. 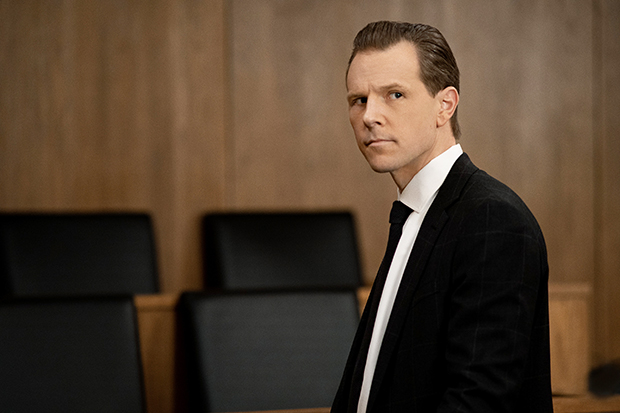 “I have been trying to take Tariq down, not necessarily Tariq, but a St. Patrick,” Shane told HollywoodLife. “I don’t care which one. I’ll take any one of them. I might even go after the little sister next, Yasmine. I’ll take her. I’m trying to take a St. Patrick down, right? And now I find myself in a position where I might actually have to be protecting him. And so it’s kind of like flipping the script and really questioning of my ethics and what I’m willing to do. I think one of the themes of this season is: what are you willing to do to get what you really want most in life? And then, are you willing to live with the consequences of those decisions because nothing comes for free, right? The aspirations that we have, Larenz and I [with] both our characters, there’s no way that there aren’t bodies along the side of the road. And can you sleep at night with yourself after knowing that you’re responsible?” Power Book II: Ghost season 2 will air Sundays on STARZ.