Pete Davidson’s tattoo removal journey is a major pain — in more ways than one.

The “Saturday Night Live” star, 27, revealed he was scrubbing his ink in December, and opened up about the “really embarrassing” process on Tuesday’s episode of “Late Night With Seth Meyers.”

“Burning them off is worse than getting them, because not only are they burning off your skin, but you’re wearing these big goggles, right? So you can’t see anything, and the doctor’s in there with you,” Davidson began.

“Before he goes to laser each tattoo, you have to hear him announce what the tattoo is to make sure you want to keep it or not. So I’ll just be sitting there all high off the Pro-Nox [nitrous oxide], which I actually quite enjoy … and then, all of a sudden, I’ll just hear, ‘Are you keeping the Stewie Griffin smoking a blunt?’”

The star of “The King of Staten Island,” who’s currently dating “Bridgerton” actress Phoebe Dynevor, also shared that lasering off the tats was a practical decision inspired by his profession.

“I honestly never thought that I would get an opportunity to act and I love it a lot,” he said, explaining that he would have to show up on movie sets three hours early in order for the makeup department to cover all his ink.

While Davidson’s tattoos range from depictions of movie and TV characters to real-life icons like Ruth Bader Ginsberg and Hillary Clinton, we’re guessing he won’t miss some of his departing designs — like those dedicated to ex-fiancée Ariana Grande, several of which he had already covered up. 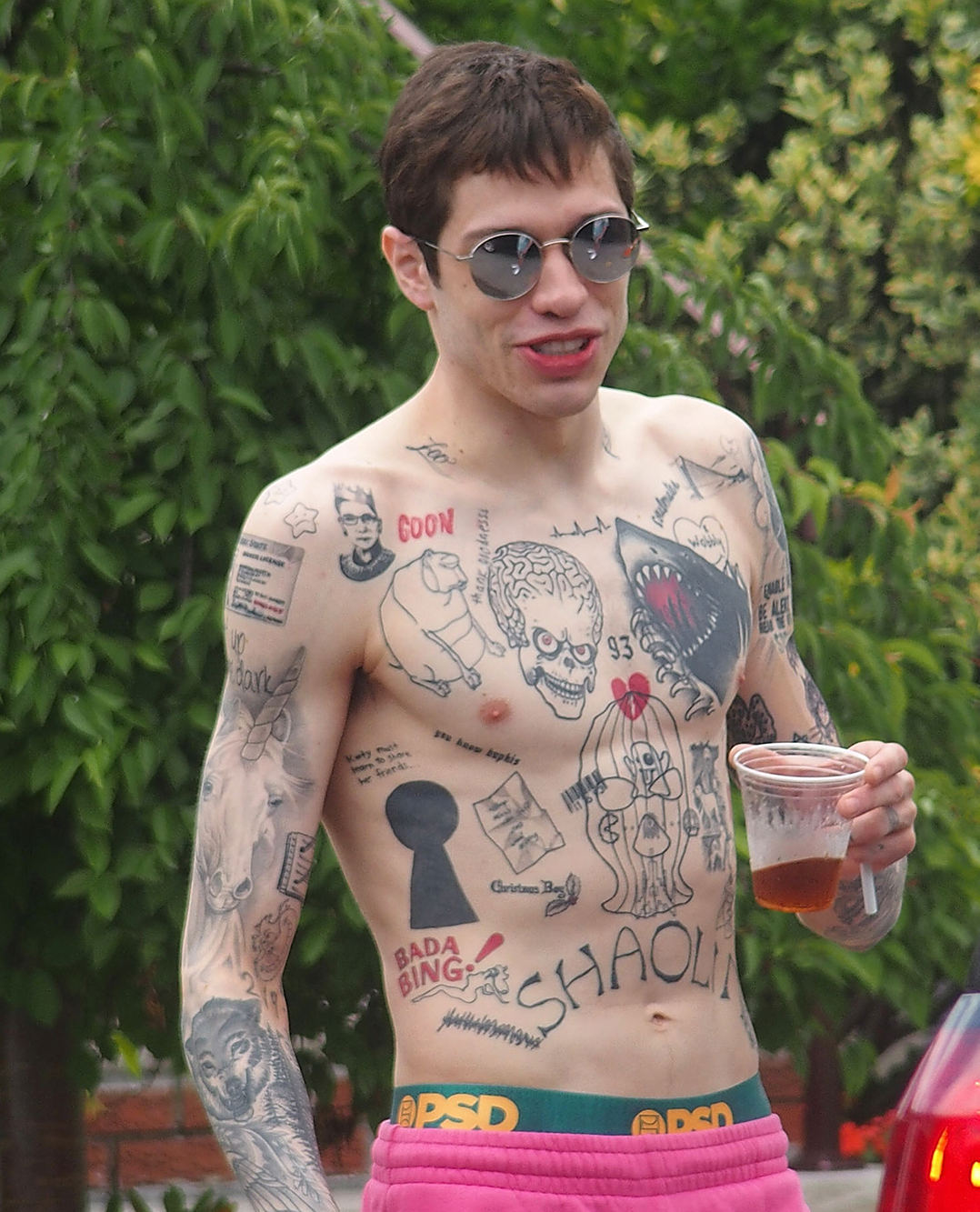 The comedian did have some parting advice for aspiring actors who are thinking about getting inked: “If you’re gonna get tattoos, just make sure you really want it and aren’t on mushrooms.”