Honesty is NOT always the best policy! People reveal things they regret telling their partners – from sex confessions to secret therapy sessions

Many people embrace the idea that honesty is best for maintaining a lasting relationship.

But these confessions prove that telling the truth can sometimes cause more harm than good.

People from around the world took to anonymous confessions app Whisper to share the regret they’ve experienced after speaking candidly to their partner.

Many revealed the dynamics of their relationship had been completely changed after speaking openly about their sexuality and past sexual encounters.

Another person claims their relationship changed after they admitted to cheating.

People from around the world revealed the things they regret telling their partner, including a woman who says her partner began advising her to talk to a therapist 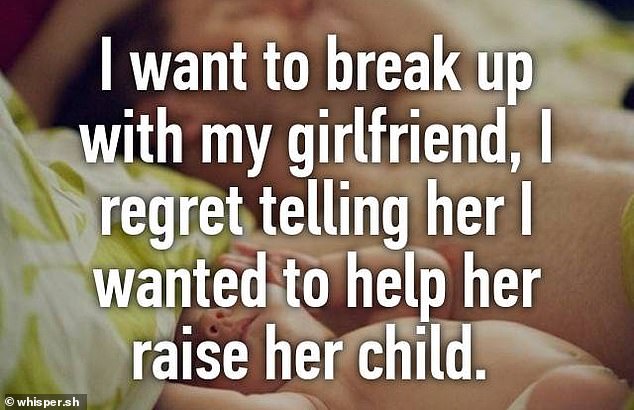 A man who promised his girlfriend that he wants to help raise her child, shared his regret as he begins to consider breaking up with her 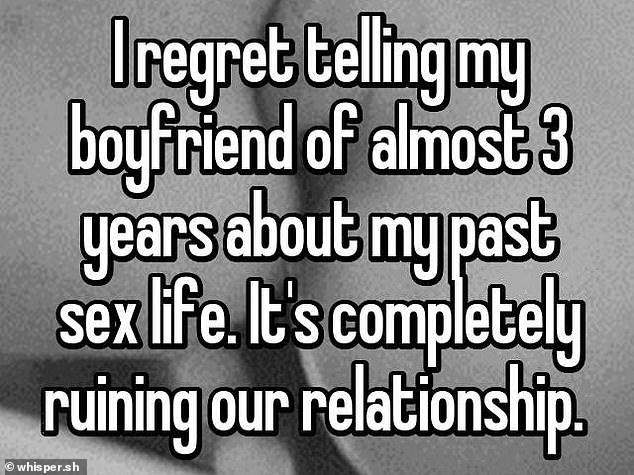 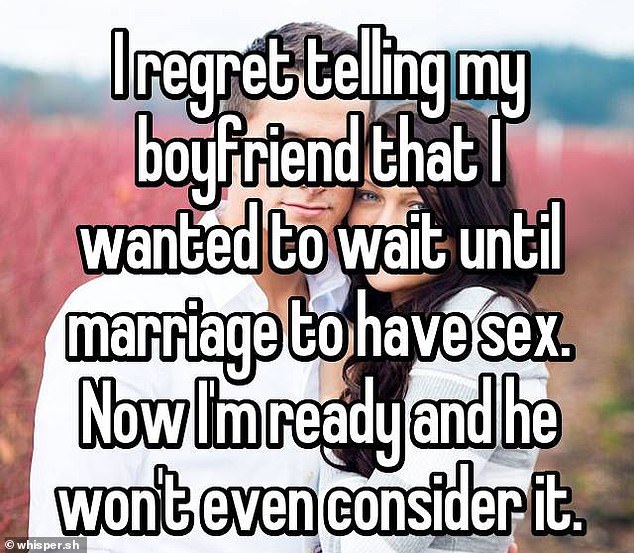 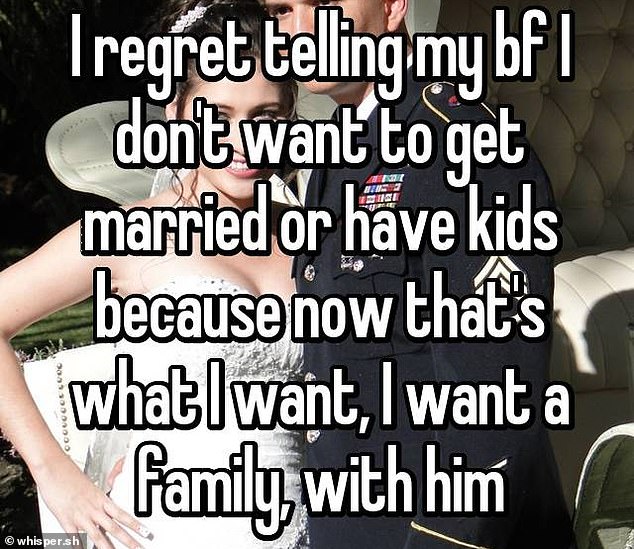 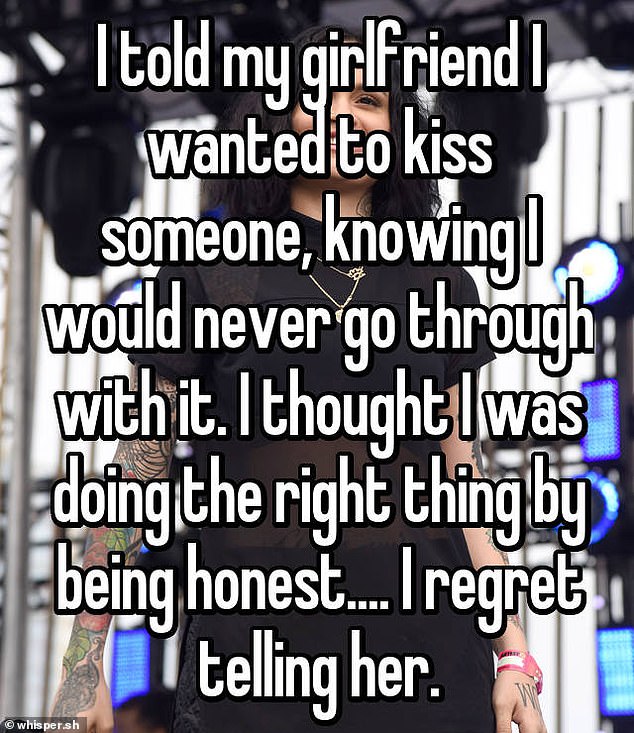 One man revealed his regret after telling his girlfriend that he’s considered kissing someone else, despite having no intentions to act on his desire 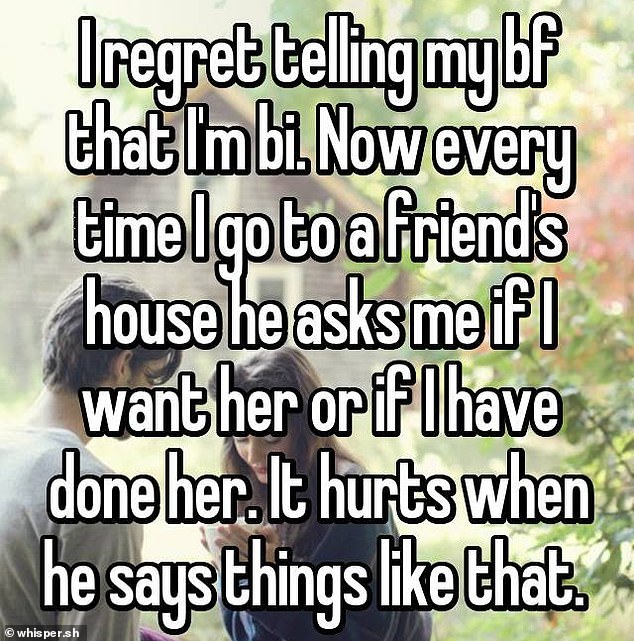 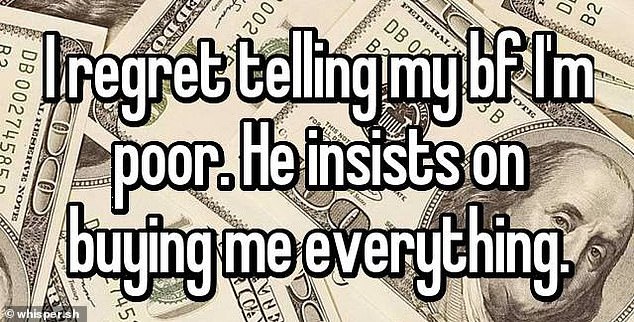 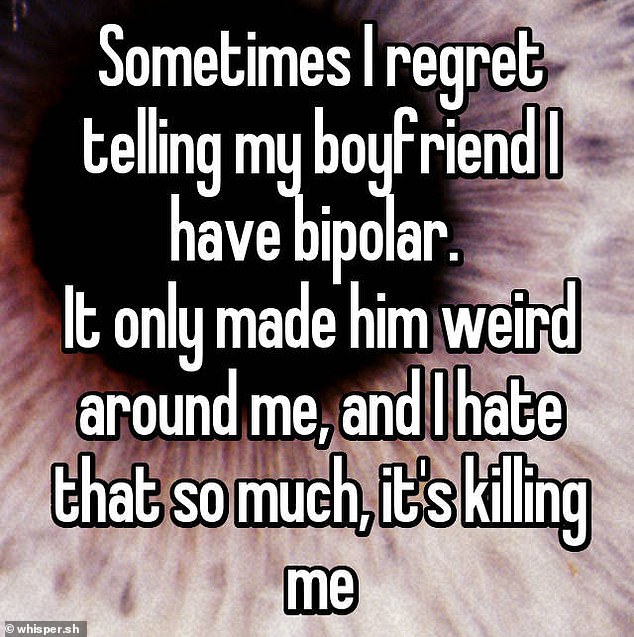 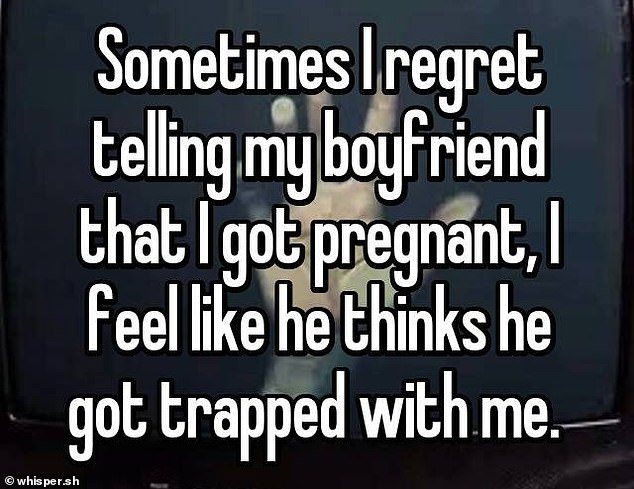 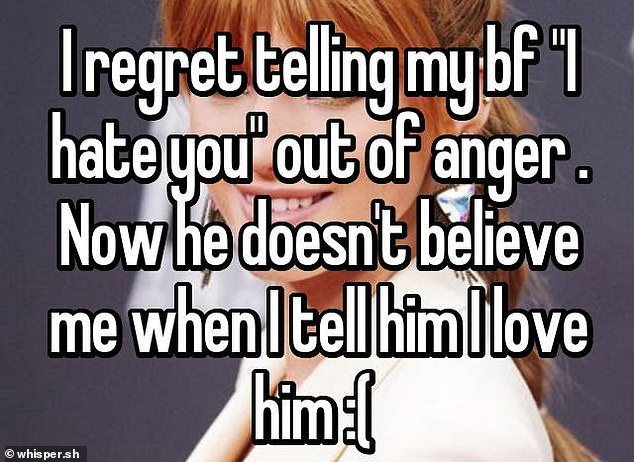 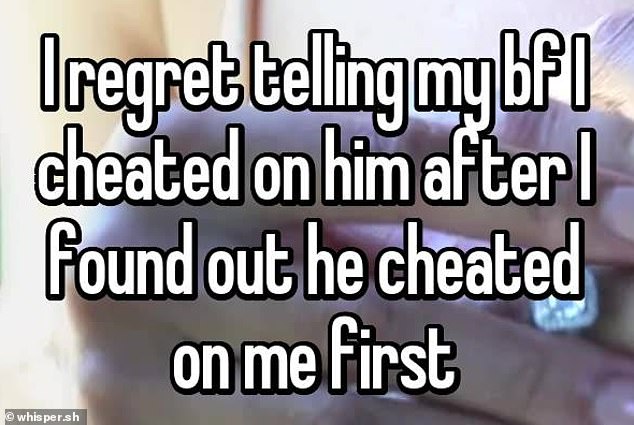 One woman confessed she regrets telling her boyfriend that she cheater, after finding out that he has also cheated