‘You deserve better!’ Montreal jewelry store employee exposes man who bought TWO rings at the same time – one for his girlfriend and the other for his ‘sidepiece’

A Montreal jewelry store employee has exposed the customer who came in to buy a ring for his girlfriend — and another ring for girl he was cheating on her with.

TikTok user Eli, who goes by @ferreiroroche on the app, shared the shady behavior in a video on May 16, showing off the two rings in question.

‘If your boyfriend’s name is Jake and he lives in MTL, he just bought two rings for his “girl and his sidepiece,”‘ she wrote. 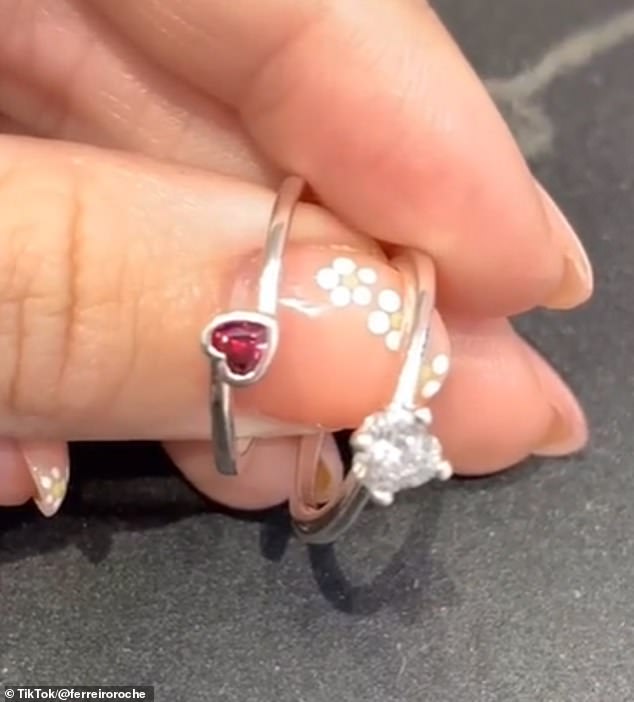 Uh-oh! A Montreal jewelry store employee has exposed the customer who came in to buy a ring for his girlfriend — and another ring for girl he was cheating on her with 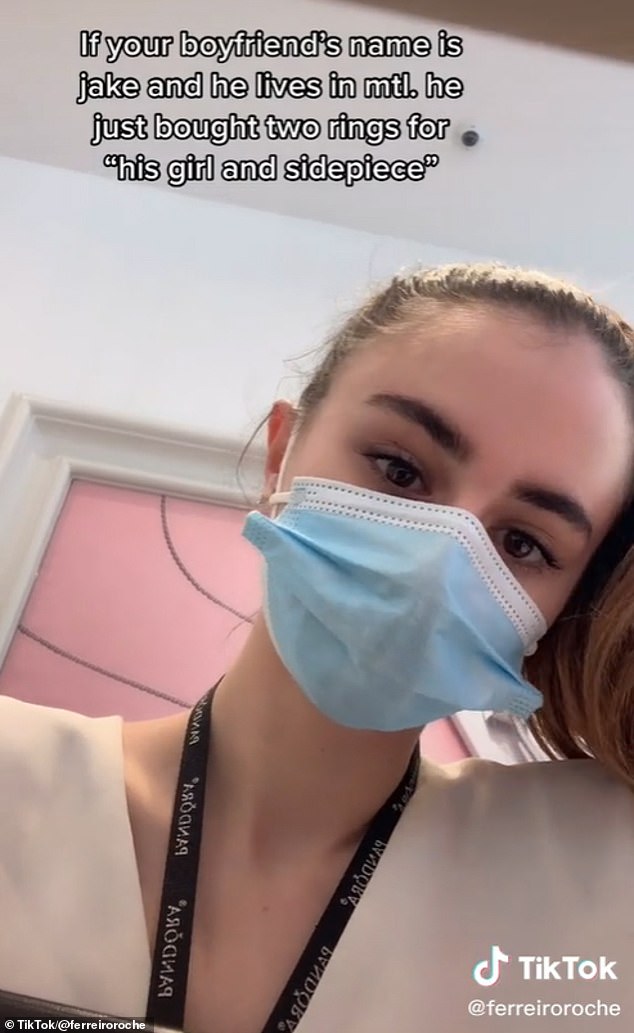 ‘If your boyfriend’s name is Jake and he lives in MTL, he just bought two rings for his “girl and his sidepiece,”‘ she wrote

Eli said she used to work at a Montreal Pandora store but waited until she quit — and worked her last shift — to expose the customer.

In her video, she holds up the two rings that ‘Jake’ purchased to butter up his two women.

One appears to be the $50 Clear Heart Solitaire Ring, which is made with a single heart-shaped clear cubic zirconia stone in a sterling silver setting.

The other appears to be the $45 Red Tilted Heart Solitaire Ring, which is made with a heart-shaped red cubic zirconia stone, also in a sterling silver setting. This one is ‘inspired by the story of Romeo & Juliet.’

‘Here are the two rings,’ Eli wrote. ‘You deserve better.’

She also captioned her post with more words of encouragement, writing: ‘Gotta support my girls.’

Later, in a comment, she revealed that Jake had told her his plans when she asked if he wanted one receipt or two.

Eli didn’t share any other identifying details about the cheater, but his story has still resonated with other TikTokers, who have liked the video nearly half a million times.

‘I really hope you don’t get in trouble for this cause he needs to be EXPOSED,’ wrote one commenter.

‘Remember ladies, if his name is Jake, throw a rake,’ wrote another, while a third chimed in: ‘Bad day to be living in MTL with a bf named Jake.

‘This girl is doing God’s work,’ wrote one more, while yet another said, ‘The real question is, which ring was give to the sidepiece?’

At least one commenter thinks her friend might be one of the women involved.

‘Thank you so much, I’ll let her know. That’s my best friend’s boyfriend and she got the ring. You deserve the world for this, thank you,’ she wrote. ‘I need to know what this Jake looked like, it’s a 50/50 chance it could be him