Oprah customized her garden to match her outfit during Adele interview

Oprah Winfrey finally met her BFF Gayle King’s first grandchild and celebrated with some tunes from “The Lion King.”

Winfrey, her longtime partner Stedman Graham and other pals were seen pulling out all the stops to meet 3-month-old baby Luca in an adorable video posted to her Instagram on Friday.

The welcoming party danced and sang, including snippets from the opening track of “The Lion King,” “The Circle of Life.”

Winfrey, 67, excitedly greeted King’s daughter, Kirby Bumpus, and her husband, Virgil Miller, as they walked up the steps with their bundle of joy. 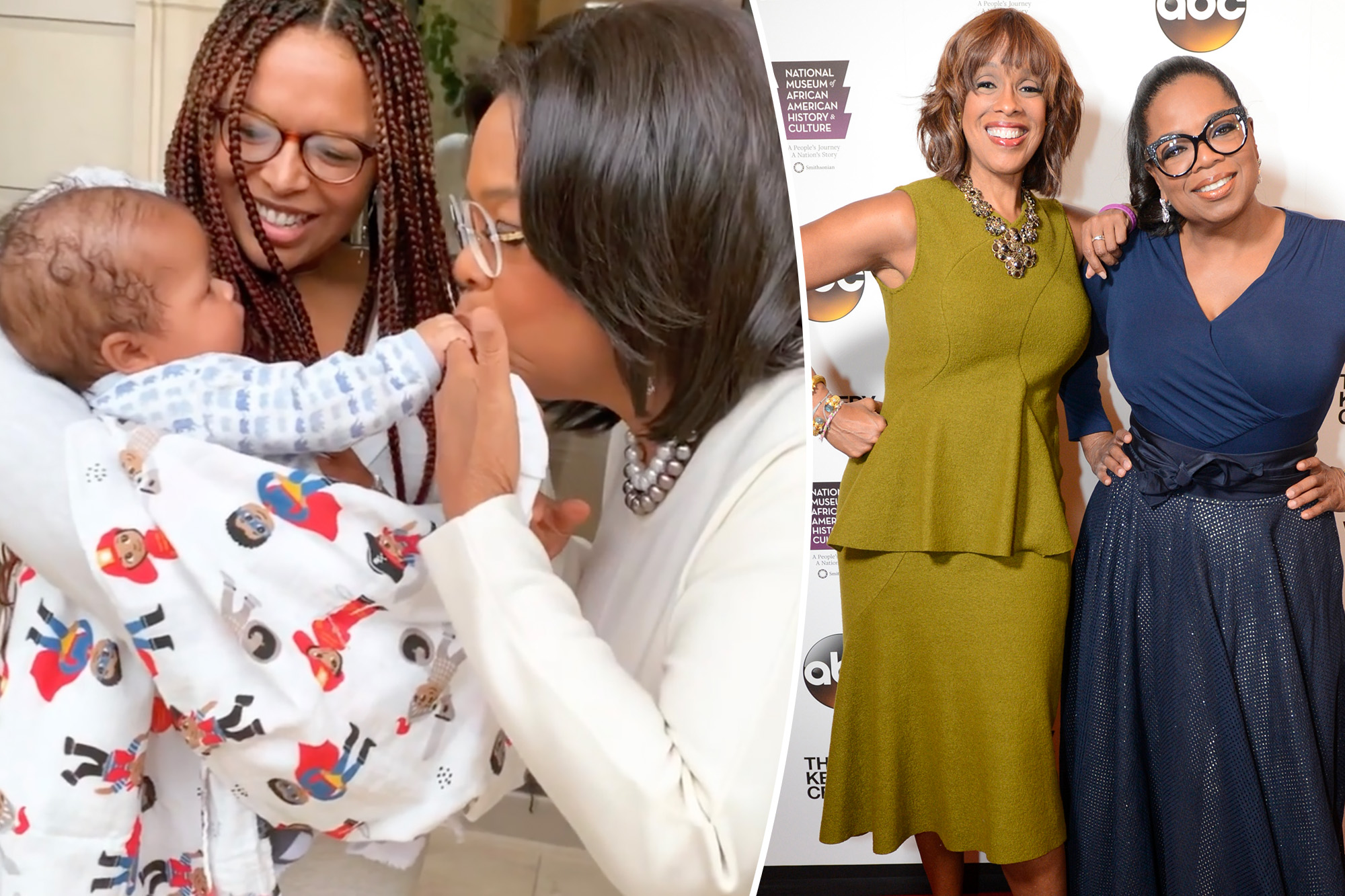 Winfrey also posted a lengthy message about the sweet moment to accompany the footage.

“Everyone who is spending Christmas at my house has to be vaccinated, boosted, tested, and quarantined,” the former talk show host wrote alongside the clip. “Stedman calls it ‘The Policy’ cause I’m that serious about it. This was release day for our bubble and we knew we had to throw a welcome celebration for Baby Luca, who none of us had met yet!

“We missed his grandma @gayleking but she’ll join us once she completes the policy! Thank you to @bonfortunestyle and @anasballooncreations for helping bring the fun to Baby Luca’s first time at my house,” she added. “Have a happy and safe holiday, everyone 🎄🎄🎄.” 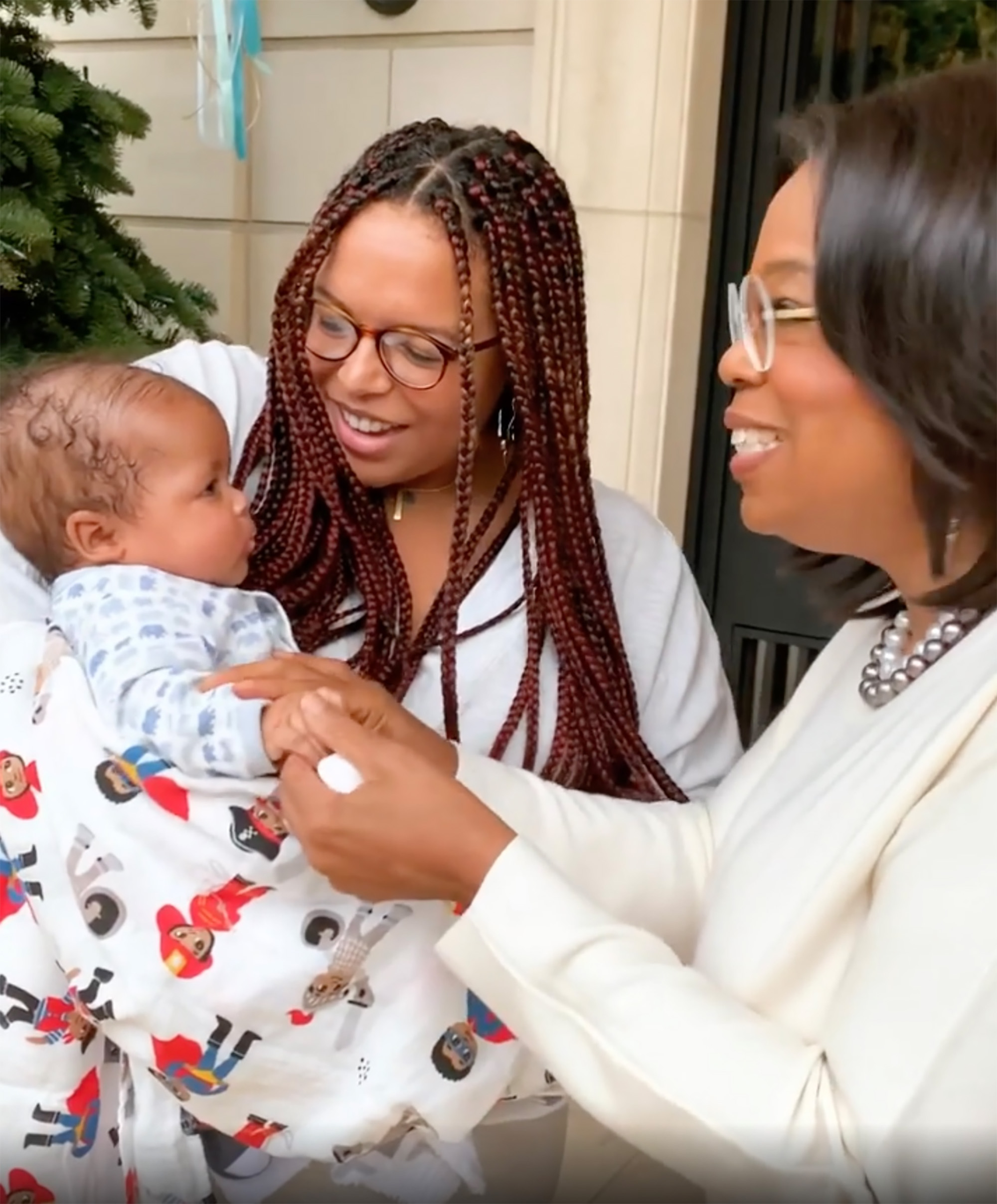 Earlier this year, the CBS host revealed that her daughter Kirby had married Miller at her godmother Winfrey’s Santa Barbara, Calif., home. King’s son, William Bumpus Jr., officiated the ceremony, and Winfrey and Graham were in attendance.

The ceremony was small due to COVID’s social distancing rules.