There must be some [more] Clovers in the atmosphere! While Bring It On primarily focused on the Toros cheerleading squad, their Clover rivals (led by Gabrielle Union) nearly stole the spotlight.

Gabrielle Union and Dwyane Wade: A Look at Their Supportive Romance

“Story time,” Union, 49, explained via a Saturday, January 8, TikTok video, alongside footage from the flick. “So, we shot these snippets that you see here after the movie wrapped because once test audiences saw the movie, they wanted more of the Clovers.” 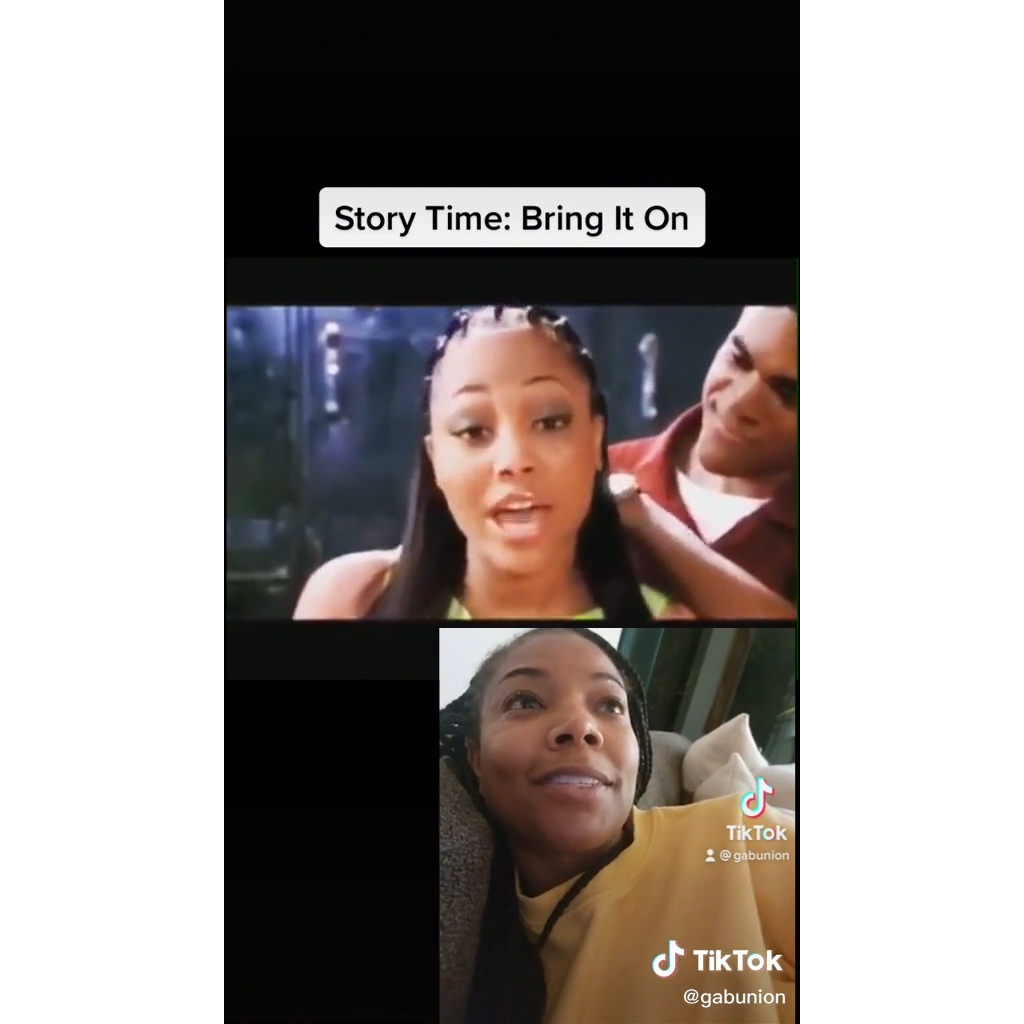 She continued: “So, we shot these only for the trailer and not for the movie to make people think we were in the movie more than we were. The end.”

‘Bring It On’ Cast: Where Are They Now?

The L.A.’s Finest star previously starred alongside Kirsten Dunst in the 2000 comedy about rival groups of cheerleading squads, both competing to win a national championship amid claims of cheating, new love and plenty of teenage drama.

Union, for her part, made headlines last year when she opened about her acting regrets during her time on set.

“I do think it was a mistake. I was given full range to do whatever I wanted with Isis in Bring It On, and I chose respectability and to be classy and take the high road because I felt like that would make her be appropriate, the right kind of Black girl,” the You Got Anything Stronger? author told Good Morning America in September 2021. “Black girls aren’t allowed to be angry. Certainly not demonstratively angry and I muzzled her. I would have allowed her her full humanity, and part of being a full human is the ability to express rage when harmed.”

She noted at the time: “When you don’t really allow yourself your full range of emotion and you muzzle your own emotions, it allows people to think, ‘Maybe what I did wasn’t that bad.’ I would have given her all the anger. I had muzzled her and made her this gracious, decent leader and I was still a villain in that movie. I did all that shape-shifting for a character, and then I realized I was doing that to myself too. I wasn’t allowing myself the full range of my humanity.”

Filling the Void! Sports Shows and Movies to Watch

While the Nebraska native may regret certain aspects of her characterization, she still frequently finds time to fondly recall her set experience and often shares behind-the-scenes memories or mementos via social media.

“I had a replica [uniform] made. Just for fun…or not,” Union exclusively told Us Weekly in September 2014 before discussing the filming process. “We would always all be together — Toros, Clovers. We had a lot of fun and we continue to have a lot of fun together whenever we’re all together. It’s a movie and a gift and a friendship that keeps on giving.”