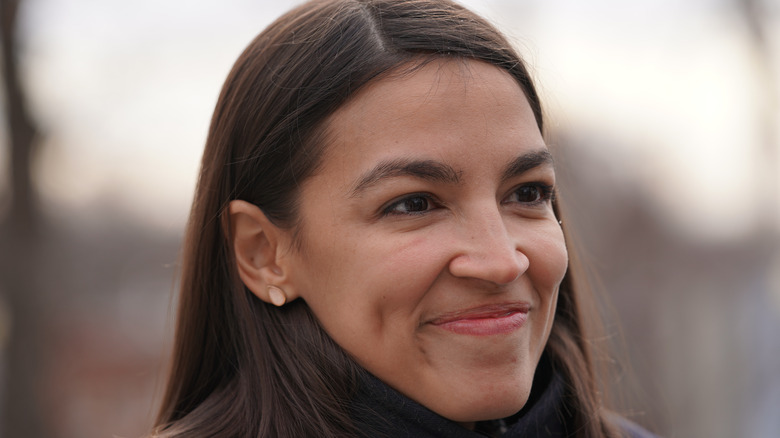 Generally, when folks are seeking fashion or makeup inspiration, they turn to pop stars, actors, or social media influencers. Politicians, for the most part, would be the very last on the list, as they’re famous for nondescript, poorly-tailored suits and minimalist (or downright terrible) hairstyles. Congresswoman Alexandria Ocasio-Cortez, or AOC as many call her, has fully separated herself from the pack in this regard, becoming known quite quickly for her signature red lipstick and her high-end and on-trend fashion.

In fact, while during her time in office she has used social media to share important information about polling, to get the word out about ever-changing COVID restrictions, recommendations, and vaccinations, and to answer constituent questions, she has also used it to share her skincare and makeup routines with the public, not something one would expect from most politicians (via The Hill).

As such, the blogosphere and social media are often aflutter with discussion about her latest look, but one highly-publicized outfit choice takes the cake for stirring up the most controversy (via CNN). 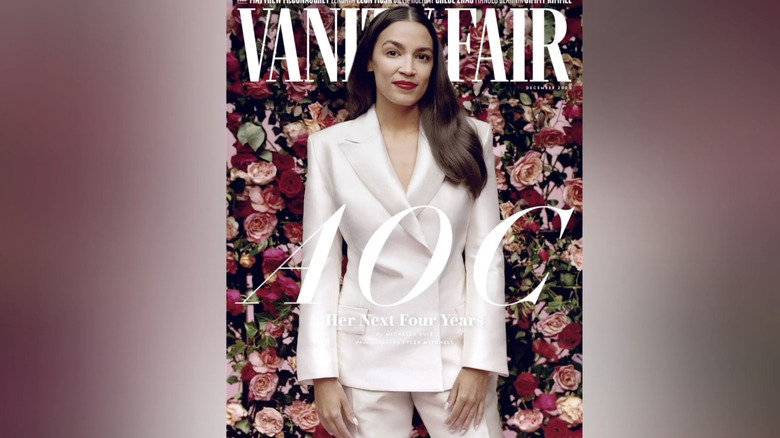 The December 2020 issue of Vanity Fair featured AOC on its cover, wearing her signature red lipstick. The lipstick was not the part that caused people to fly into a tizzy, however. On the cover, AOC wore a beautiful white suit that appeared to made of a satiny material, in which many seemed to agree she looked outstanding. Once it was revealed that the clothing she wore for the photoshoot cost a whopping $14,000 dollars, however, her opponents in the GOP began to call the democratic congresswoman a hypocrite for calling out then-President Trump while wearing such expensive clothes (via In Style).

AOC, however, clapped back pretty loudly. When a Fox News correspondent shredded her on Twitter for the outfit (via In Style), AOC responded by saying, “100% worth it, would do again,” explaining, “(& I don’t know if you’ve been in a photoshoot Laura, but you don’t keep the clothes.)”

And she didn’t stop there. She went on to say, “The whole ‘she wore clothes in a magazine, let’s pretend they’re hers’ gimmick is the classic Republican strategy of ‘let’s willfully act stupid, and if the public doesn’t take our performative stupidity seriously then we’ll claim bias’ … GOP, get yourselves together. It’s sad.”

A whole lot of drama for a couple of high-end outfits, but neither the cover nor the uproar are soon to be forgotten!