A NURSE has been left suddenly “allergic to everything” and almost died after eating a Christmas sandwich.

Mia Lainchbury, 26, had no allergies before the summer, but has since had severe reactions to hot water and blowing a candle out. 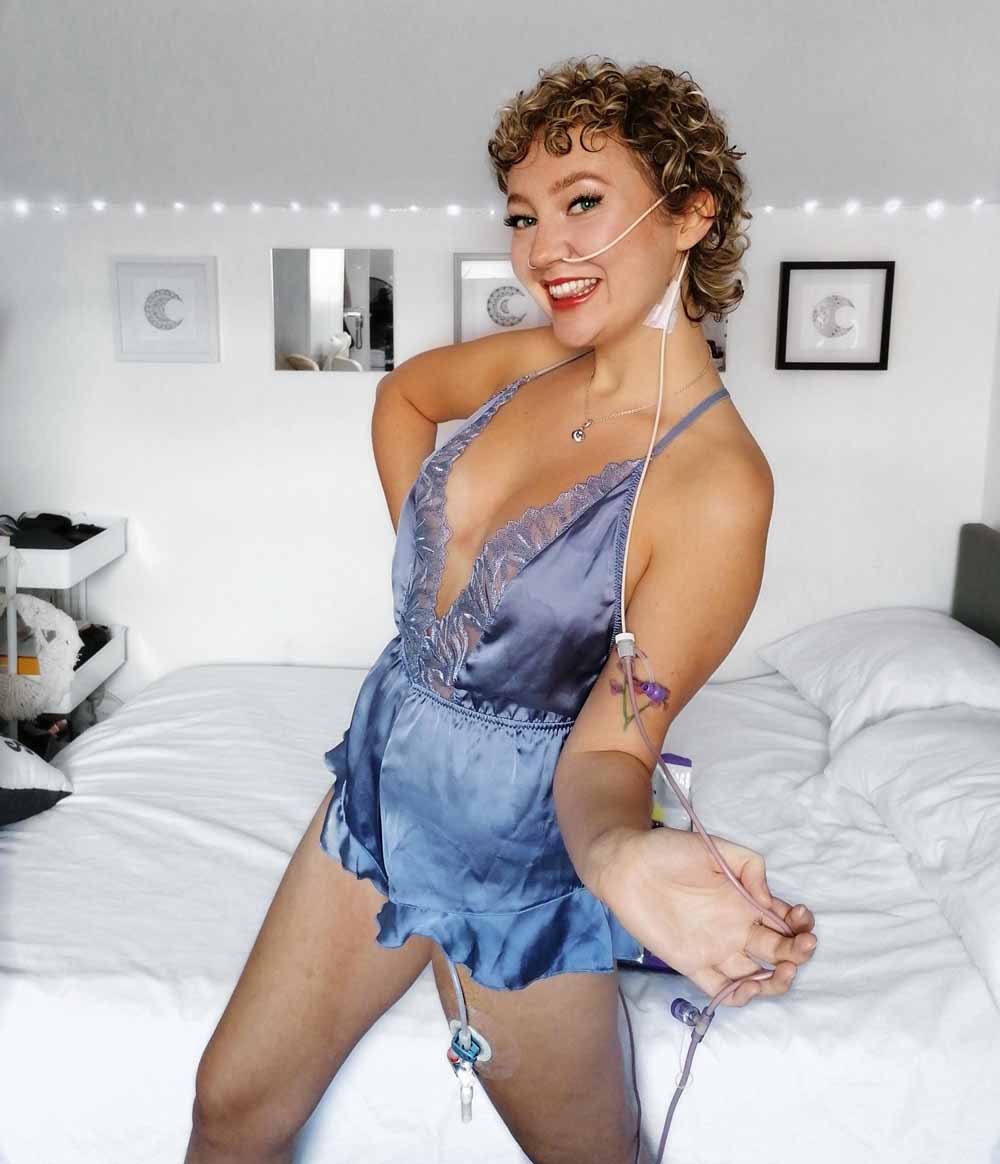 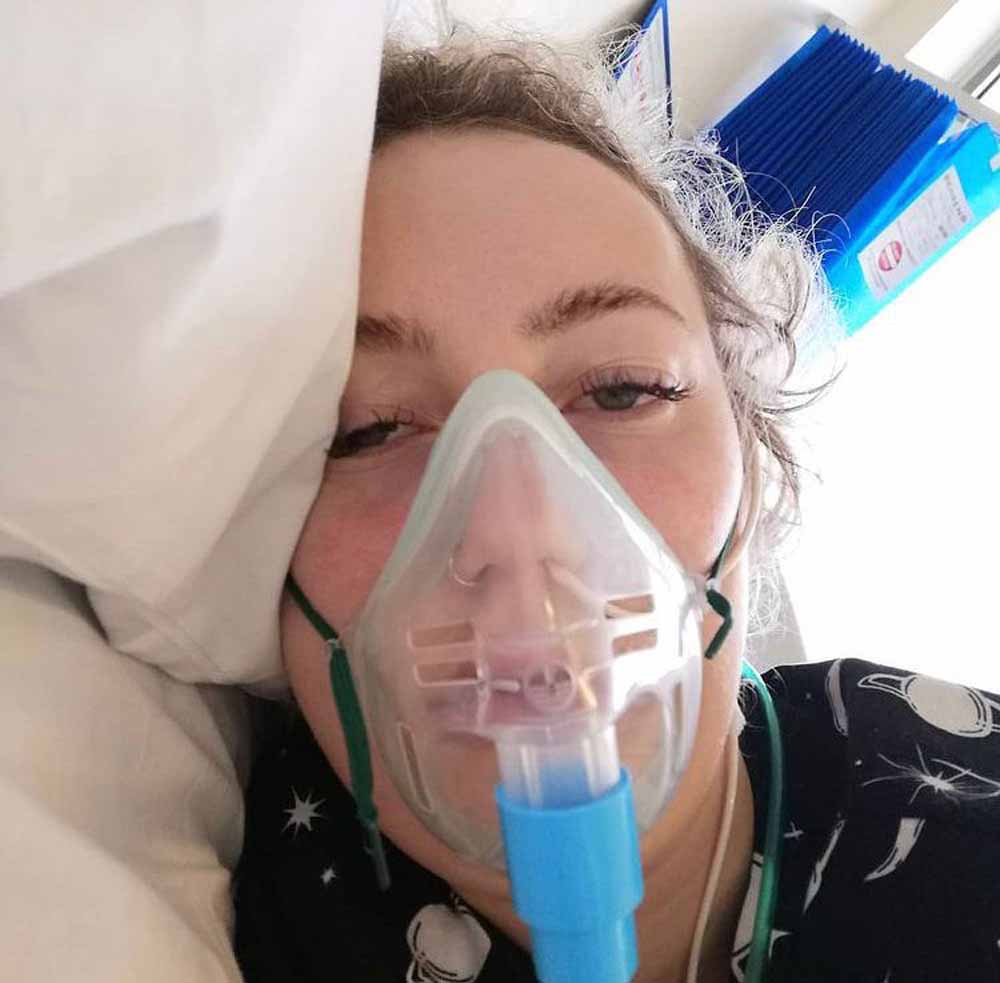 The trainee nurse says she has been given CPR three times since September, including one time in which she could hear her parents frantically trying to revive her.

Mia, of Hailsham, East Sussex, said: “My situation really could be life or death.

“Despite only being 26, I've already talked to my doctor about signing a do not resuscitate or DNR order, so if I do end up in a coma, it takes the stress of making a decision away from my family.

“It's become ridiculous – anything can set off anaphylaxis.

"I can't even burn candles now, as a gingerbread scented one triggered a reaction.

"Everything I use, from washing powder onwards, has to be totally bland.”

Recalling the incident with the pre-packed festive sandwich on November 14, Mia said: "I spotted this turkey Christmas sarnie in the garage shop while my boyfriend was getting petrol and thought, 'Oh my God, I've got to have it!

"When I sat on the sofa to eat it, I was thinking, 'Ooh, this tastes so good,' I was virtually dancing with happiness.

"But, within 10 minutes, my airway was closing and I couldn't breathe."

But Mia is still unsure which ingredient she reacted to.

She said: "What began as a lovely treat ended an hour later with three paramedics and breathing equipment.

"I have no idea of the exact trigger, but I won't be tucking into a sandwich again in a hurry."

Mia has only experienced full-blown anaphylaxis since September, when she was left struggling to breathe after taking an antibiotic.

She’d been prescribed it many times over eight years, this time for a kidney infection.

When Mia had an anaphylactic episode in October, with an unknown trigger, she could hear her poor parents performing CPR with a paramedic, as they waited for an air ambulance.

Luckily, when it arrived, they decided she was past the worst and safe simply to be blue-lighted to hospital.

Mia said: "I could hear my parents talking about their fears that I was dying in front of their very eyes.

"It felt like I was dreaming, as I could hear the paramedics saying I could go at any minute.

"That's really stuck with me.”

Around three weeks ago, Mia's partner of four years – Peter, 28 – had to give her CPR after she had a hot shower.

Mia said:  "It was horrific for him. He was on his own giving me CPR and I could hear the panic in his voice.

"All I'd done was have a shower, so I think the reaction was triggered by the heat and changing temperatures.

"Then I had another allergic reaction that day in hospital. I was rushed to resuscitation and I was prepped for an induced coma.

"Luckily they put a nasal breathing canular into my throat and created an airway.

"It's just so unpredictable."

Mia, who lives with her mum Steph Lainchbury, 51, dad, Gavin, 55, and brother Callum, 23, has lived with a number of chronic conditions growing up.

Having Fowler's Syndrome – a condition that makes it difficult for the bladder muslces to relax – means she has a catheter inserted through a hole in her tummy connected directly into the bladder.

She has a feeding tube for 20 hours a day, plugged into a feed she stores in a backpack, and rarely eats solid food.

And she also has emergency medication to take in case of an attack and carries two EpiPens everywhere.

Now Mia is sure she also has MCAS – mast cell activation syndrome – a little known condition which is not recognised by all doctors.

Mia only realised she had the condition thanks to fellow sufferers in the chronic illness community who she communicates with online.

But she said: "I've not been officially diagnosed, because you can't really get an official diagnosis in the UK."

Feeling unable to get the help she needs through the NHS, she is hoping to get specialist help privately costing £5,000.

On her behalf, Mia's friend Imogen Horrocks, 22, is raising money on GoFundMe.

Mia said: "I'm hoping the consultant will start an H2 treatment plan. H2 blockers are antihistamines that you can't get over the counter.

"It's a stronger antihistamine and targets different cells."

Mia has been forced to leave university and move back home, unable to move into a flat with her boyfriend while her health puts her life on hold.

“Trying to raise awareness of chronic illness has given me a purpose,” she said. 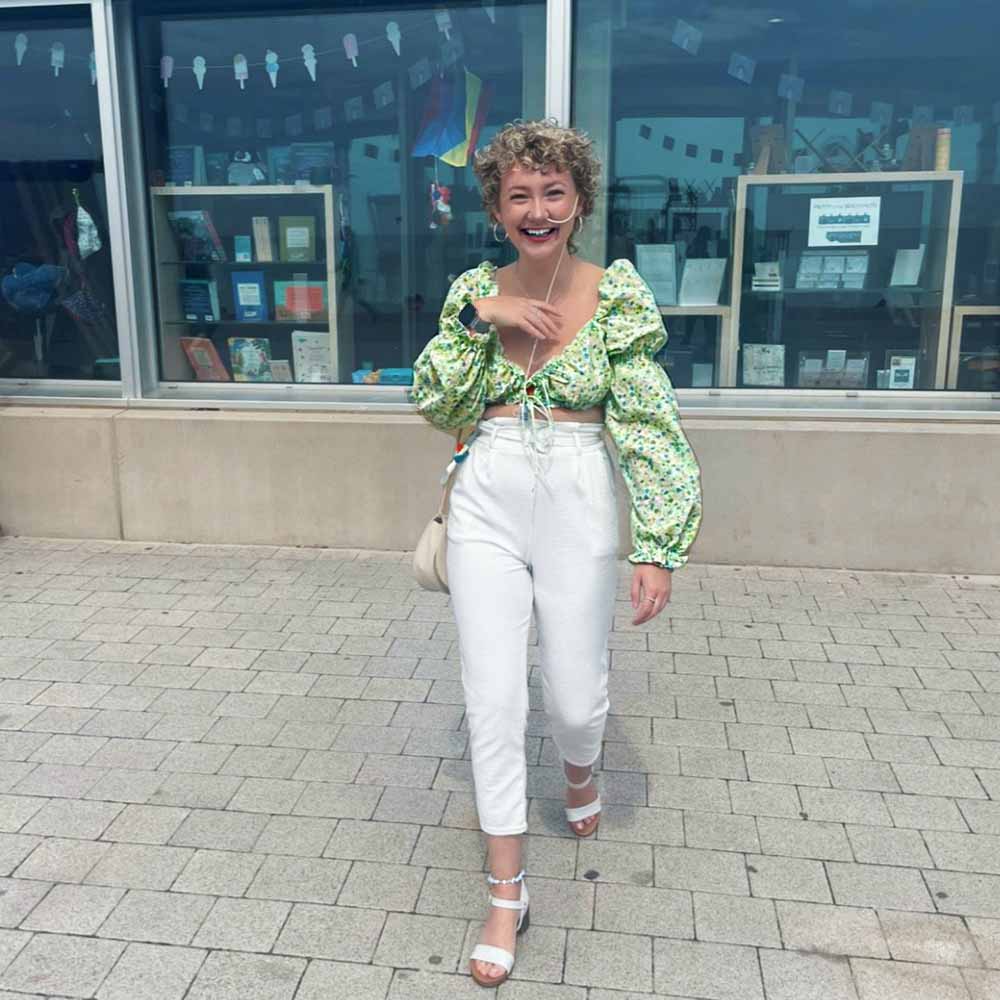 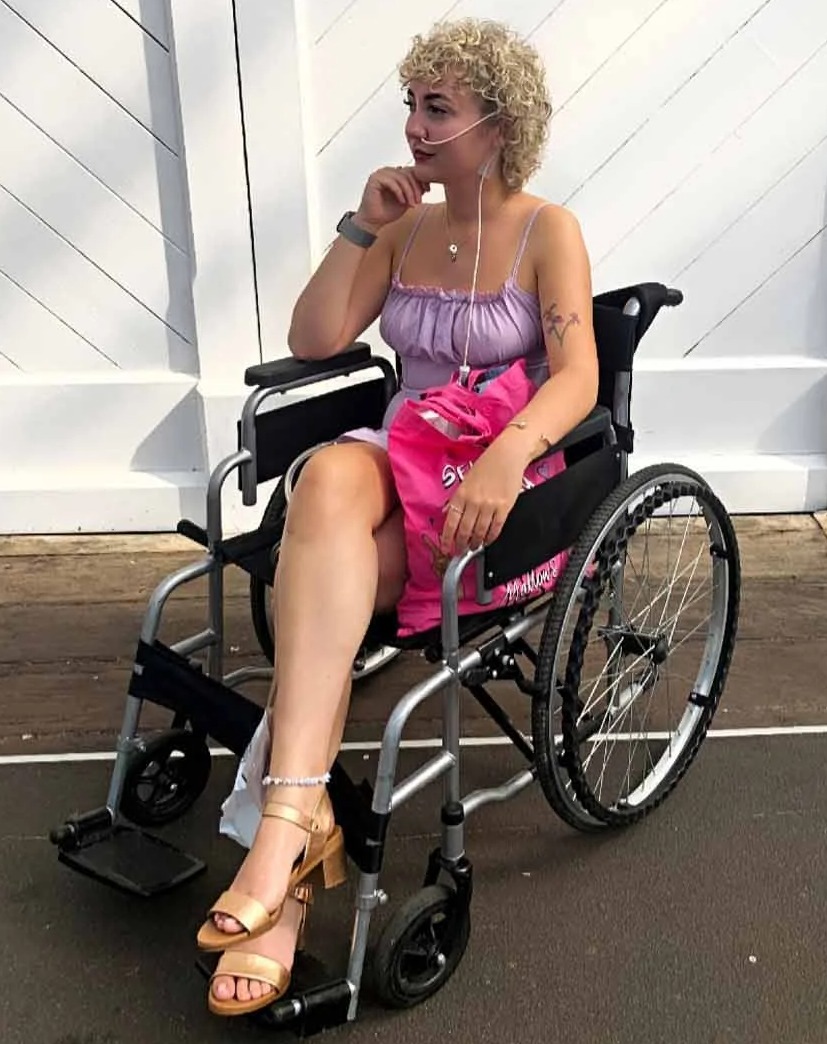 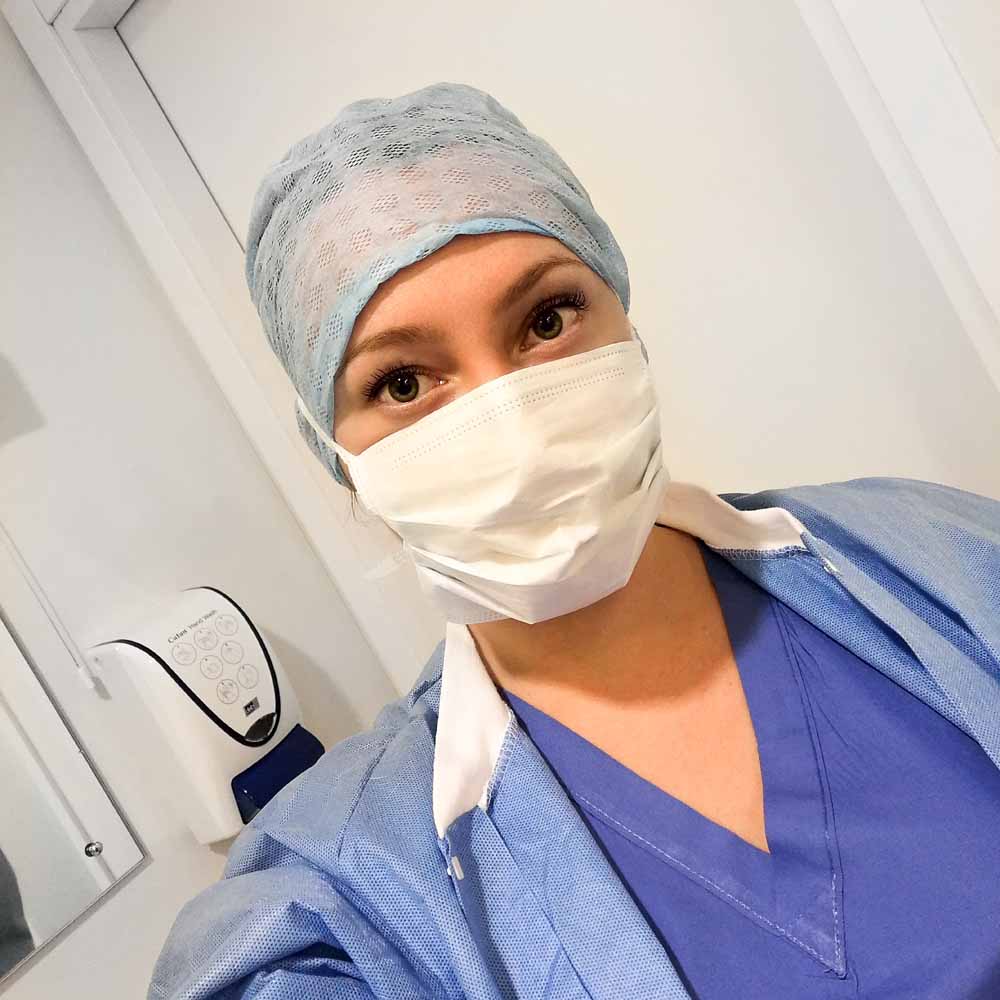 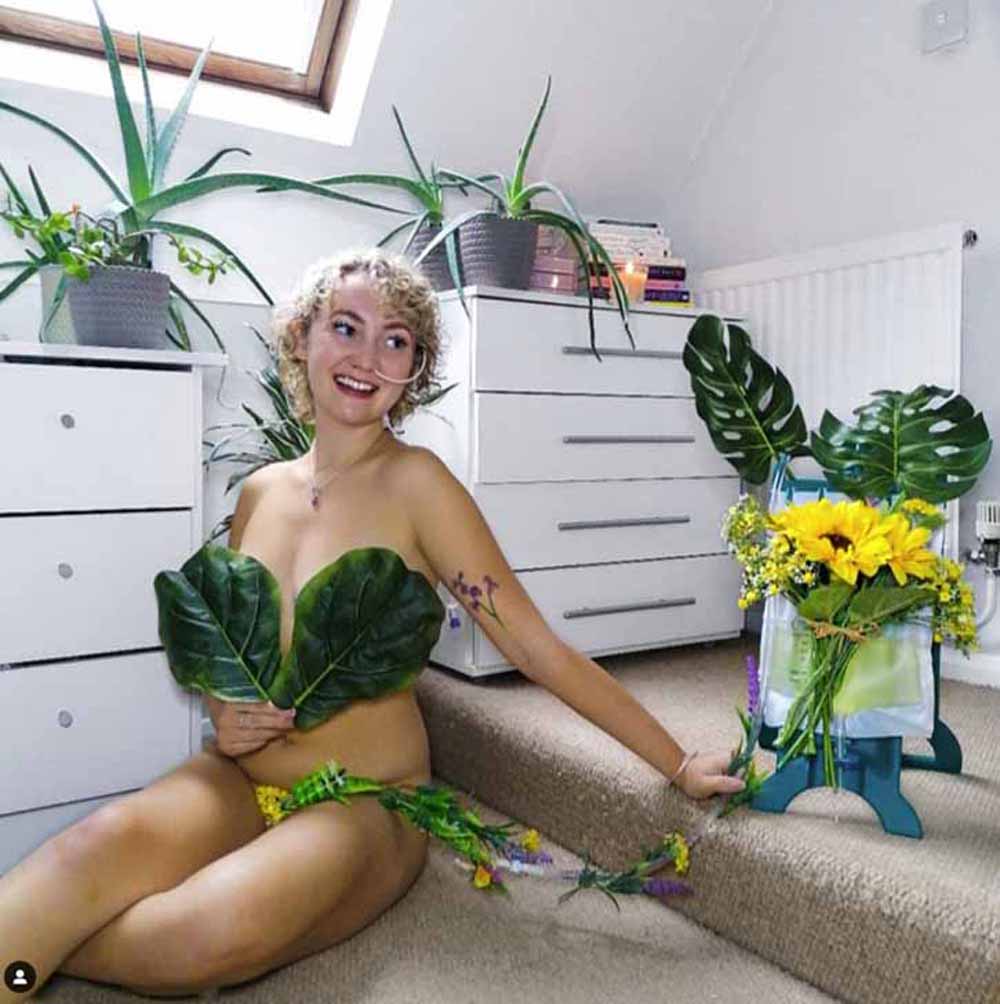