Women’s safety and economic security is a key theme of Josh Frydenberg’s third budget. But how much will it move the dial on gender equality?

To begin answering that question The Sydney Morning Herald and The Age conducted a rapid gender audit of the budget. Time constraints mean this is a brief assessment – there will be more comprehensive gender-based evaluations of the budget in the coming days and weeks. 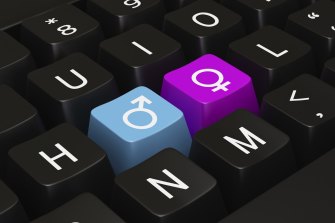 It is important to view the government’s “female-friendly” initiatives in the context of the whole budget.

Last year’s budget copped criticism for being too “blokey” because coronavirus stimulus spending largely overlooked industries with a high share of female workers. The structure of income tax cuts announced in the 2020 budget also drew fire for disproportionately favouring men.

This year it’s different – a significant share of new spending will flow to social service sectors, where the workforce is female-dominated. Investment in the construction of infrastructure – which employs a lot of men – will again get a boost. But this time the targets for new spending better reflect the modern workforce.

While the cumulative effect is positive for gender equality, it is important to view these “female-friendly” initiatives in the context of the whole budget.

“Just because a budget measure doesn’t have a gender stamp on it doesn’t mean it won’t have gender impacts,” says University of South Australia Professor Rhonda Sharp, an expert on the gender effects of government spending.

The federal government will spend a total of $2433 billion over the next four years, so the new measures specifically targeting women are just a small fraction of that total.

A women’s budget statement released with the budget provides details of $3.4 billion in new spending to improve women’s safety, health and economic security. But that entire package will account for just 0.14 per cent of total Commonwealth outlays over a four-year period.

Aged care: A centrepiece of the budget was $17.7 billion towards aged care over five years. This is positive for gender equality for three reasons.

Second, the aged care workforce is dominated by female employees; and third, women tend to do more unpaid elder care than men and those carers stand to benefit from improved aged care services.

Many female employees in aged care work in difficult conditions for low pay. The government’s JobTrainer Fund will support an additional 33,800 places for aged care workers to upskill.

Childcare: About 270,000 families will benefit from $1.7 billion in childcare subsidies over three years, especially those with multiple children in daycare. The main aim is to boost women’s workforce participation but a byproduct of increased use of childcare is higher demand for childcare workers, who are mostly women.

However, the policy is highly targeted and workforce disincentives will remain high for many women, even with the new childcare spending.

Assessment: An improvement but more could be done

National Disability Insurance Scheme: The government will provide an additional $13.2 billion over four years for the NDIS as demand for the scheme grows. Like aged care, the disability care sector employs a lot of women so increased spending in this area has the potential to boost female employment. In 2018, there were 2.3 female disability support workers to every male employee in the sector. A greater share of unpaid disability care work is also undertaken by women and that group also stands to benefit if services are improved.

Infrastructure: Women’s employment has recovered strongly from last year’s recession and the female workforce participation rate is at a record high. But male employment stands to disproportionately benefit from a $10 billion increase to the federal government’s existing $100 billion infrastructure spending.

Superannuation: The budget makes several tweaks to super rules to benefit women, including the removal of the $450-a-month minimum income threshold for the super guarantee. Frydenberg claims this will improve economic security in retirement for about 200,000 women. The changes will do little to alter the fact that women retire with much less superannuation than men on average and generous super tax concessions flow disproportionately to men.

Assessment: Much more work to do to make super more equitable

Other measures: A raft of smaller budget measures seek to improve women’s safety and economic wellbeing. They include an extra $1.1 billion funding for a suite of schemes to promote women’s safety, housing assistance, skills training and support for female business owners.

This budget is a step in the right direction when viewed through a gender lens but is not a game-changer.

The 2021 budget poses an intriguing question: will future Coalition budgets build on this year’s “female-friendly” policies or is this a one-off?