‘Yes, he is a killer but I understand the risks’: British woman engaged to a US double murderer after he proposed on voicemail says they bonded over their bad experiences as children

The fiancée of an American man who killed two people has spoken about the moment he proposed to her over voicemail when the two bonded as prison pen pals.

Tracy Bottomley, 42, from Shipley, West Yorkshire, never expected to fall in love, but couldn’t help developing feelings for imprisoned killer Ernest Otto Smith, 53, who is locked up for life.

He was jailed, without parole, after he brutally murdered a man and woman in 2005 and is serving his life sentence in Ohio State Penitentiary in Youngstown. 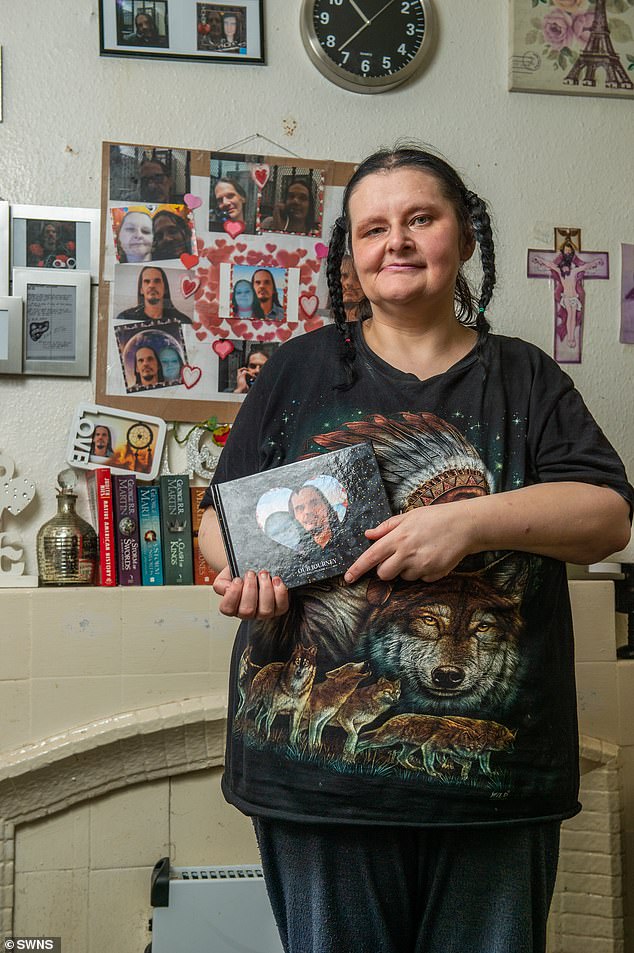 Tracy Bottomley, 42, from Shipley, West Yorkshire, (pictured) first saw her fiance Otto for the first time on a Facebook group dedicated to finding pen pals for people in prison and the two began exchanging messages 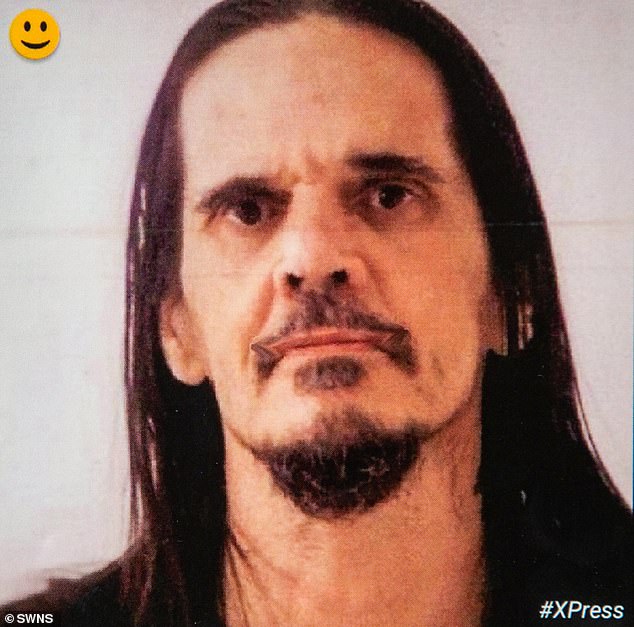 Ernest Otto Smith, 53, (pictured) robbed, shot and killed James Dillingham in Toledo, Ohio, on January 2, 2005 – accompanied by Cathy Barnett, who he murdered whilst on the run in Kentucky five days later, fearing she would report him to the police

After bonding over their bad experiences as children, Otto proposed to divorced Tracy on a voicemail from prison, and they plan to get married this year.

In the recording he said: ‘Please, you have got to figure out a way for me to marry you.

‘It’s hard. You make me a very a happy person; more happy than I have been in years.

‘You’re crazy just like me so we should be married – what do you think?’

Tracy told the Real Fix podcast that she accepted his proposal and isn’t scared of marrying a confessed double murderer.

Speaking to the podcast, which helps people share their real life stories in their own words, she said: ‘Ernest doesn’t scare me – I’ve never been someone who gets frightened easily. 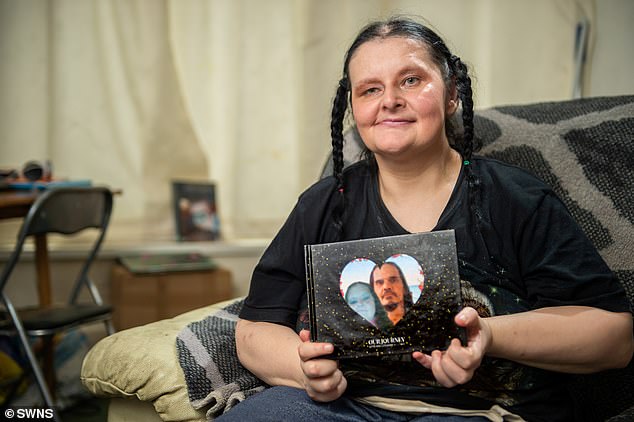 The couple soon started sending emails to each other daily, sometimes as many as three in one day, and bonded over the bad experiences they went through as children. Pictured: Tracey with pictures of her fiance

‘Yes he is a serial killer. He’s committed a few murders, but I understand the risks of what could happen and I still love him.

‘At first I had slight intuition that these things could happen to me. He’s killed these other people.

‘As time went along, we started getting close and trusting each other more to feel secure.’

He was accompanied by Cathy Barnett, who he murdered whilst on the run in Kentucky on January 7, after fearing she would report him to the police. 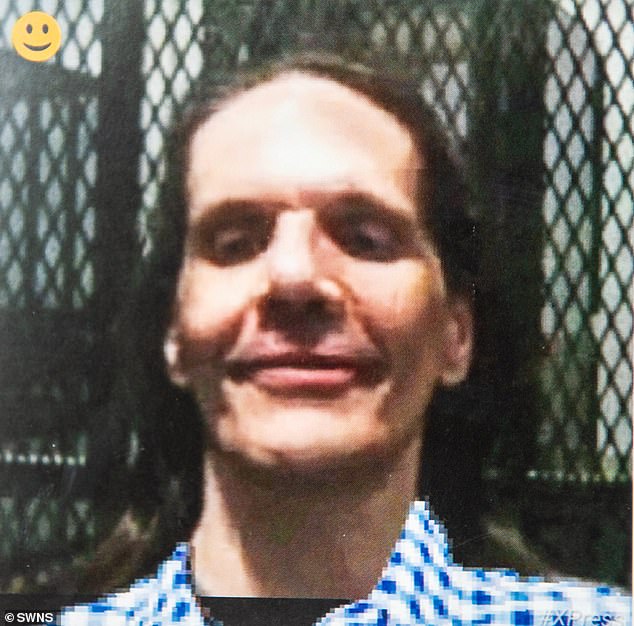 Smith tried to break Cathy Barnett’s neck before he beat her to death with a tree branch and went on the run until police arrested him.

He was convicted for the murder of James Dillingham in March 2006 and sentenced to 32 years in prison.

After confiding in his parole officer about Cathy Barnett’s murder, Smith then pleaded guilty to the crime in court in March 2016 and was handed a life sentence, without parole.

Unemployed Tracy started talking to Smith after seeing an advert for him on a prison pen pal Facebook page, in 2018.

She and Smith soon struck up a friendship, emailing each other three times a day as they bonded over the bad experiences they’d both endured when they were younger. 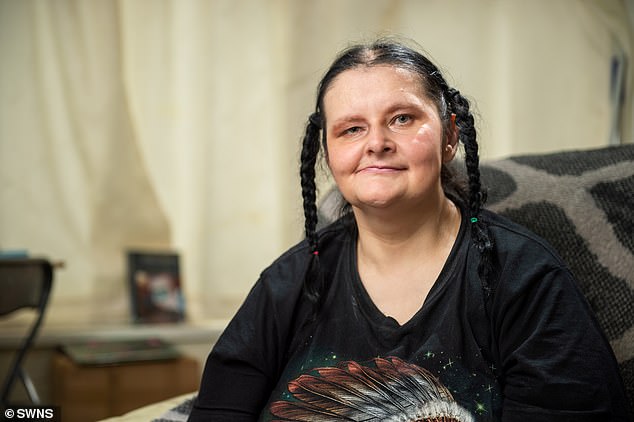 After growing closer, Otto left Tracy a voicemail begging her to find a way for him to marry her while he remain in prison in Ohio and she lives in the UK

Chatting over the phone, their relationship blossomed as they confided in each other about stories of their lives.

In May 2019, the pair confessed they had developed feelings for each other, and got engaged after he proposed on voicemail from Ohio State Penitentiary.

Tracy says Smith’s crimes were influenced by his troubled childhood.

Speaking to the podcast she said: ‘He got me in touch with a few members of his family. They were explaining that deep down he did have problems in his past, but he’s never literally gone out of his way to hurt somebody.

‘He was a victim of child abuse, which led to him using drugs to battle his depression and anxiety. 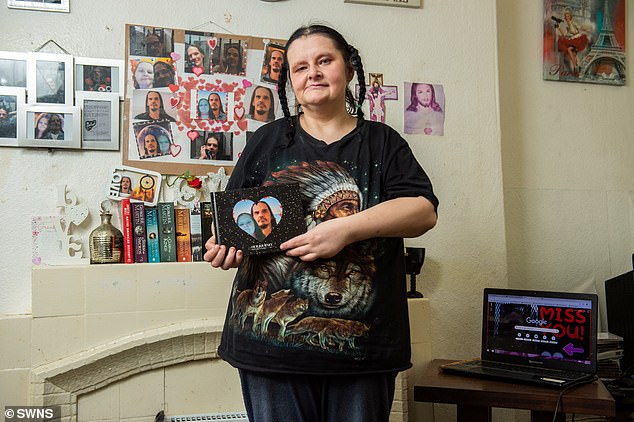 The murderer’s fiance says she is aware of the risks being with Otto poses but admits that she loves him, ‘no matter what the situation is’

‘I connected to his problems, and I was interested in finding out more about what he’d been through.

‘I’m still in shock that Ernest proposed. I didn’t see it coming at all, but I love him so obviously I said ‘yes’.

‘You can’t help who you fall in love with no matter what the circumstances. Just because it’s a situation like that, it doesn’t mean you are deluded.’

Before meeting her future husband, she had a troublesome love life and struggled to find Mr. Right, The Sun reports.

After a failed marriage which ended in 2003 and having been single for three years, she soon fell in love with the inmate.