Alder’s stone-cold facade is starting to break. HL got EXCLUSIVE scoop from Lyne Renée about Tally’s demand for answers, the ‘crack’ with Anacostia, and more.

General Alder’s motives are starting to be questioned. People have been demanding answers, and Alder hasn’t been forthcoming. Alder has been Fort Salem’s solid leader, but even great leaders stumble before finding their footing again.

HollywoodLife spoke EXCLUSIVELY with Motherland: Fort Salem star Lyne Renée about whether or not we’re going to get those answers from Alder that Tally wants. Lyne teased the “unraveling” of the truth in the season 2 episodes ahead. She also opened up about Alder’s biggest “fear” and her thoughts on Raelle’s newfound powers. 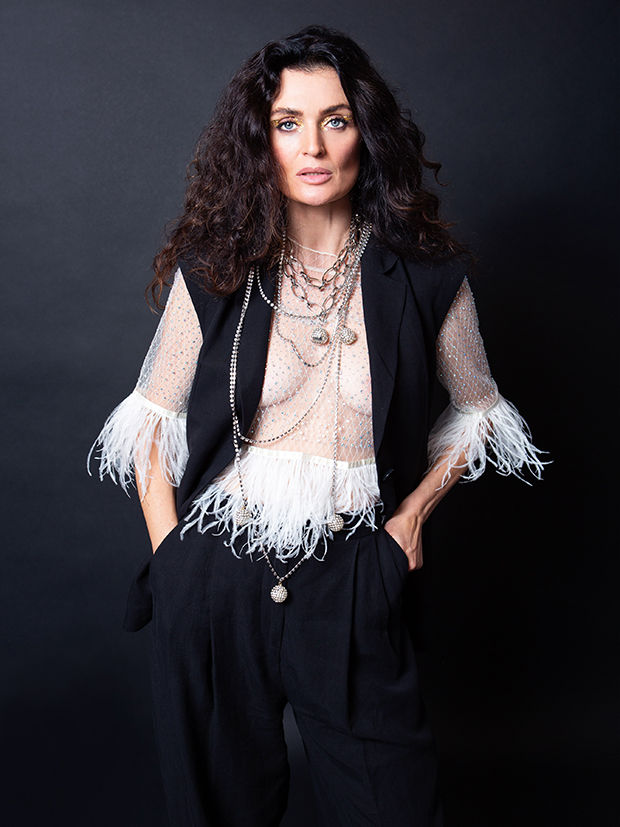 Alder is not having a great season 2. She’s been put through the wringer already, and we’re only 4 episodes in. At the end of the last episode, Tally comes right up to Alder and says, “No more lies.” She wants to know who Nicte Batan is. Where do we go from here? Is Alder going to start telling the truth?
Lyne Renée: Where do we go from here? That’s a very good question. When you say that we’re only at episode 4, I’ll tell you that this is only the beginning. I mean, you have no idea what’s coming at you. Is Alder going to start telling the truth? I don’t think it’s about the fact whether or not Alder is going to start telling the truth. I can say that it’s more about the unraveling of this truth, and that’s going to be an exciting journey because whenever Alder speaks, she thinks she speaks her truth. She’ll never think that she does something wrong or on the contrary. She’s been around for so long she feels that with her knowledge that she’s ahead of everyone. Even though many disagree, she still feels that whatever she will decide is in the best interest of the military and her witches.

Tally’s been having these visions of something that happened in the past. Is there anything you can tease about the ramifications of what we keep seeing in those visions?
Lyne Renée: Well, of course, I’m not allowed to say a lot, but I think the ramifications of what you’re talking about are going to be pretty big. And what are those? And who will it be about? Because with storytelling, don’t forget, that sometimes they point fingers that way, and then all of a sudden, it turns. I think the unraveling has started, and I think we’ll all be surprised to see where it leads us.

This season, we’ve seen a bit more of Alder’s emotions. One of the biggest moments so far this season was after Alder and Anacostia don’t see eye-to-eye about a plan. When Anacostia walks away, there are tears in Alder’s eyes. She doesn’t let anyone see her though. Are we going to see those layers being peeled back more?
Lyne Renée: I think so. This is a huge moment. Why it’s so big is because of the relationship she has with Anacostia. Anacostia to Alder has always been one of her confidants. It’s cracking and I think what we see in that moment is the first crack that appears. For Alder, losing the trust of Anacostia is not good, For the first time, Alder is thrown. We do see doubt and fear seep in and break that porcelain image that we think of Alder that is so unbreakable. When you’re playing someone like that, you’re staying strong and confident. It takes strength to be vulnerable, too. For Alder, when these emotions start to come through, I don’t think it’s about losing strength. I think that when people say, “Oh, you’re playing a strong woman.” I always say, “But everybody’s a strong woman.” It’s just what parts of you do you access and which do you bring forth. It’s just such a beautiful paradox to play with, and I love going in between and also fooling the audience by giving something that surprises them and going like, wait, I would have never thought that. That’s very interesting for me, at least, as an actor to play with and one that I really really love exploring.

As you said, there’s already a crack between Alder and Anacostia? Will there be more cracks or could these two find common ground again?
Lyne Renée: I think once there’s a little crack, the pressure tends to crack more and reveal itself further. I think that is going to happen. That’s the scary thing that Alder reveals because if Anacostia starts doubting that that’s just the start of the ripple that will start spreading. I think that’s her biggest fear. 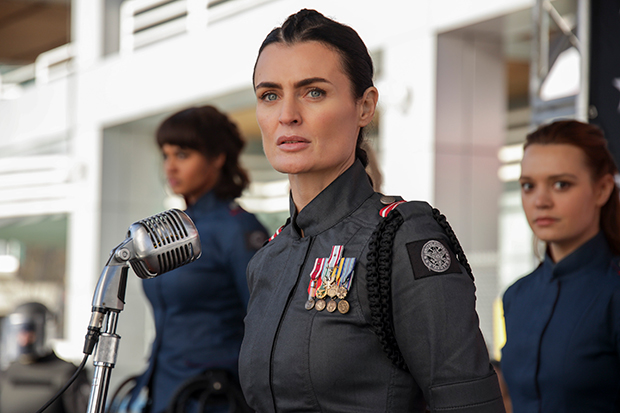 The Camarilla has been a major enemy of season 2 so far. Alder’s seen a lot in her time, but does the Camarilla scare her?
Lyne Renée: The Camarilla scares her more just because they were also the ones who took her sister’s life. It’s a deep wound. I mean, not only her sister, but they wiped out basically her whole family. This isn’t just an ancient enemy that’s all of a sudden back, but also one that is very personal to Alder. That’s why I think she’s thrown the way she is. Will she be able to keep control under the pressure that she’s under because of the emotional connection to it as well?

We all want to know what’s going on with Raelle and what kinds of powers she has now. Alder even says she’s never seen anything like what she’s witnessed Raelle do. How does Alder feel about Raelle and what her powers could do to help the cause?Lyne Renée: She said she’s become her most valuable asset. I think that Raelle is almost for Alder the solution, or at least she thinks she can be the solution because of the fierceness that the Camarilla is coming at them with renewed weapons. It’s almost serendipitous that Raelle now has this newfound power, which we’re trying to figure out and put best to use in being able to defeat this enemy. Raelle is almost the best new thing that could be around for Alder. She’s laser-focused on that and needs to find out as much as we can and use it actively and fight the enemy.