A TERMINALLY-ILL, retired lecturer was arrested by six police officers for baring his bum at a speed camera in a bid to complete his bucket list.

Darrell Meekcom, 55, drew up a list of things he wanted to do before he dies after being given the tragic news last month he had multiple system atrophy. 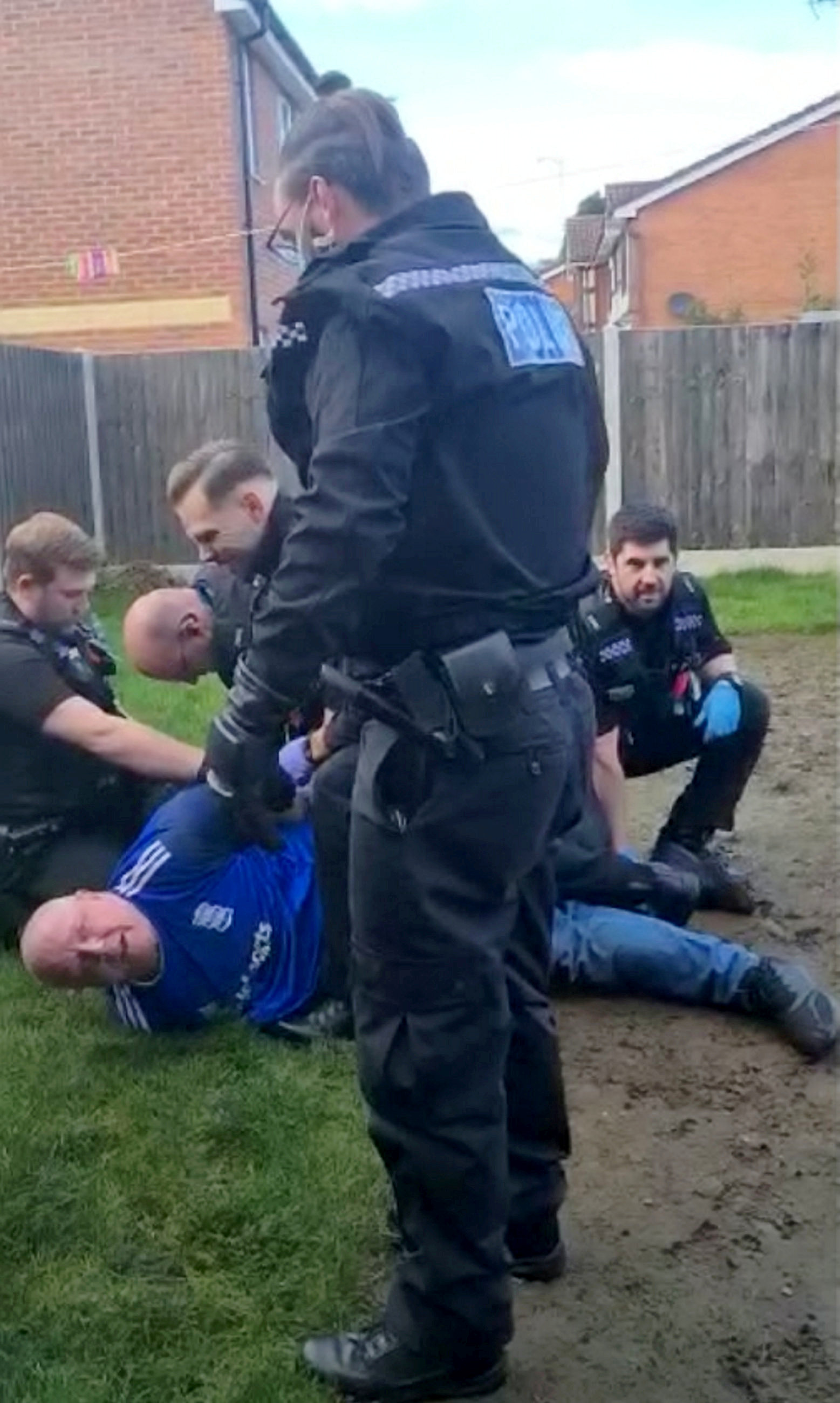 Among the items was to moon a speed camera which he managed to tick off last Friday when he bared his behind to a van in Kidderminster, Worcestershire.

But the disabled dad-of-two was left stunned when the cop failed to see the funny side and contacted colleagues to report the "indecent exposure".

Just 20 minutes later three police cars pulled up outside the home of Darrell and demanded to be let in.

When he refused, officers raided the home and kicked down the garden gate before wrestling him to the ground outside to put him in cuffs.

One female officer can be heard replying: "Well that is a significant statement that you have just made to us."

Darrell, who also has Parkinson's Disease, heart and kidney problems, says he was happy to tick this one of his bucket list.

Darrell said: "It is something I had always wanted to do because I'd been caught by them a couple of times for silly speeds like 35mph in a 30 zone and it always bugged me.

"When I was given the diagnosis last month my wife suggested drawing up a bucket list and that was one of the items on there that I've now crossed off at some price."

Darrell dropped his trousers at the mobile speed camera van on Stourbridge Road while his wife went to buy some bread from a nearby Tesco Express.

He added: "I got out the car and flashed my bum. I pulled my trousers up and got back in the car. I didn't think anything of it.

"I came home and within 20 minutes there was a police van outside. They were banging on the window. Within another five minutes, three squad cars turned up.

"I was too scared to go out. It was quite frightening really."

Darrell was arrested and taken into custody and has since been released under investigation on suspicion of indecent exposure and dangerous driving.

He said: "Despite coming out to the police to give myself up they destroyed my front door and smashed the back gate to pieces.

"There were six of them restraining me trying to get their arms up my back.

"All this for mooning a speed camera. My release from custody notice also says dangerous driving which is also ridiculous.

"I drove off when the speed camera van started taking my details but I assure you there was nothing dangerous about it. It's honestly all just baffling."

Darrell, who has two girls aged 10 and 8, was diagnosed with multiple system atrophy (MSA) last month, a terminal condition that affects the nervous system.

He says the life expectancy following a diagnosis of MSA is around six years, although this varies from person to person.

After he was released from custody, his vision was blurred and he also suffered two seizures, after reportedly suffering a blow to the head during the arrest.

He went to Kidderminster Hospital and was later referred to Worcestershire Royal Hospital due to fears he suffered a bleed to the brain.

I feel like I have been abused. It was outrageous bullying.

Darrell, who used to lecture medical students at Birmingham City University, added: "I feel like I have been abused. It was outrageous bullying.

"They saw me as a big fellow. They maybe perceived me as a threat but because of my illnesses a five-year-old child could knock me over.

"They could have killed me very easily and even when I calmly explained the situation they carried on restraining me and cuffing me from behind.

"They did not even provide care for me when I was in custody despite my various conditions and suffering a blow to the head.

"I felt the response was completely disproportionate in the circumstances.

"They were all young officers, and if I think there was the situation would have been managed must better.

"At one point I took a photo of one officer goading me through the window, it was like they were laughing at me and knew what they were going to do.

"I feel it was an abuse of police power and privilege."

Darrell – who also has a bungee jump and parachuting on his bucket list – says he has reported the incident to the Independent Office for Police Conduct. 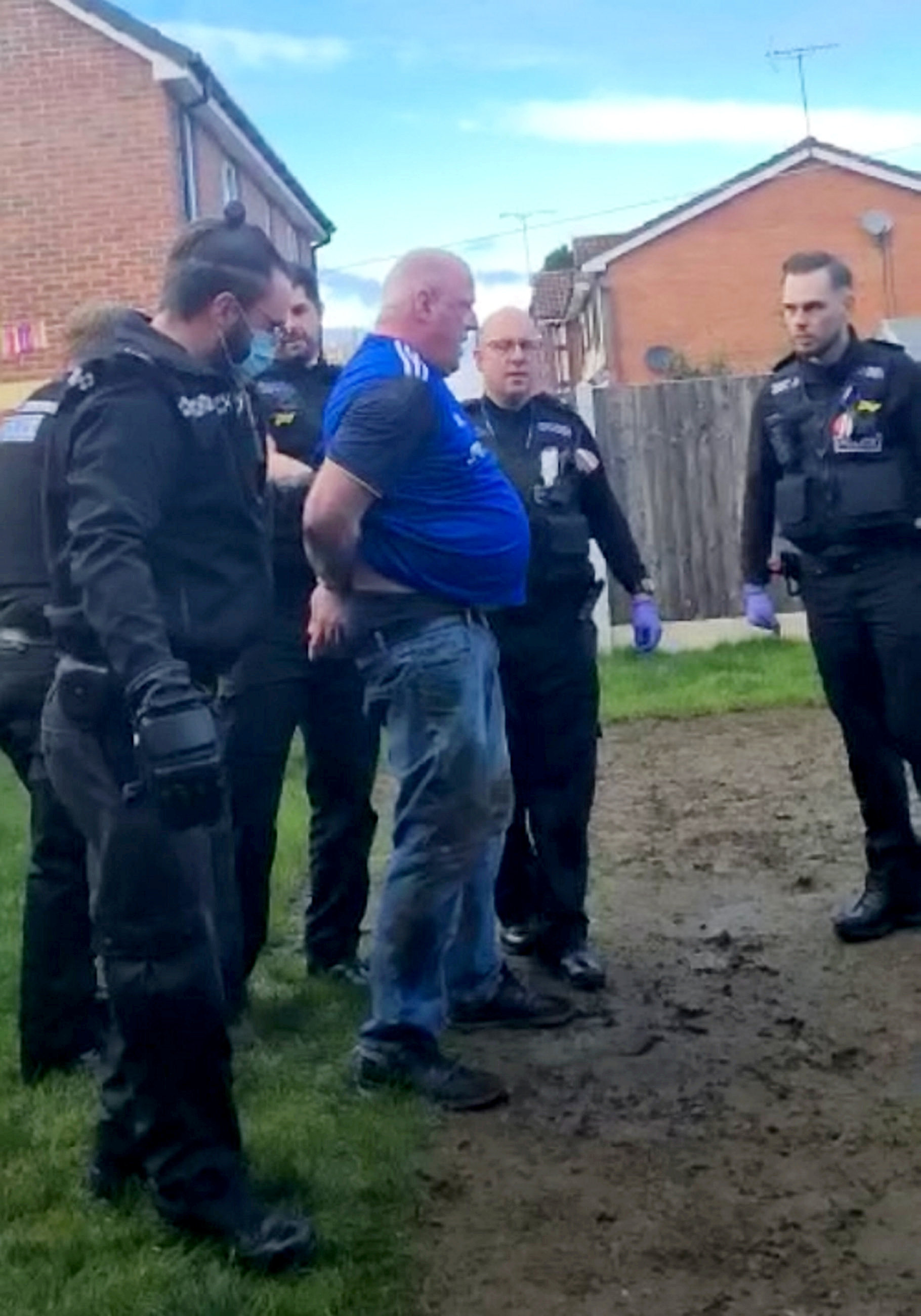 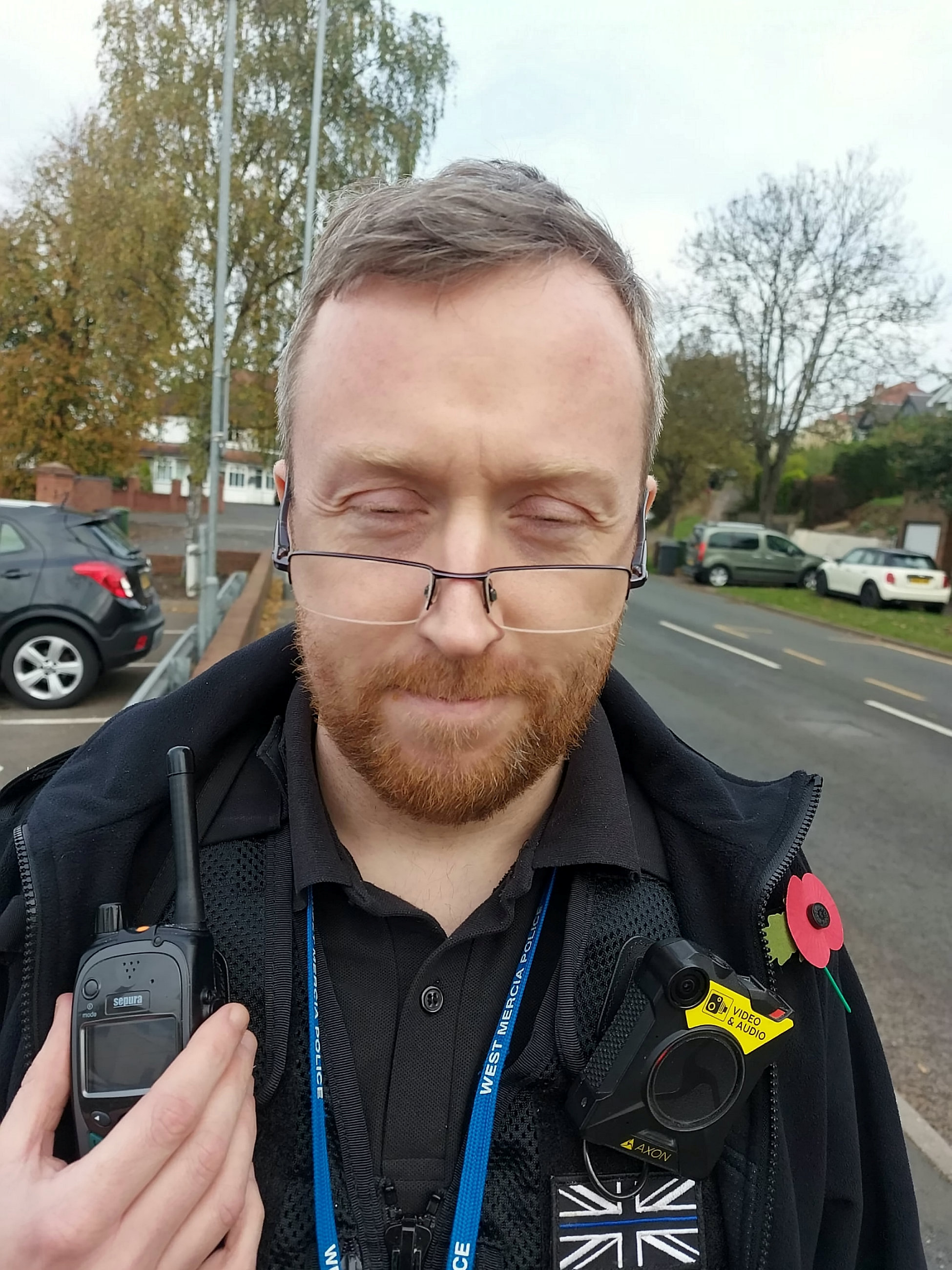 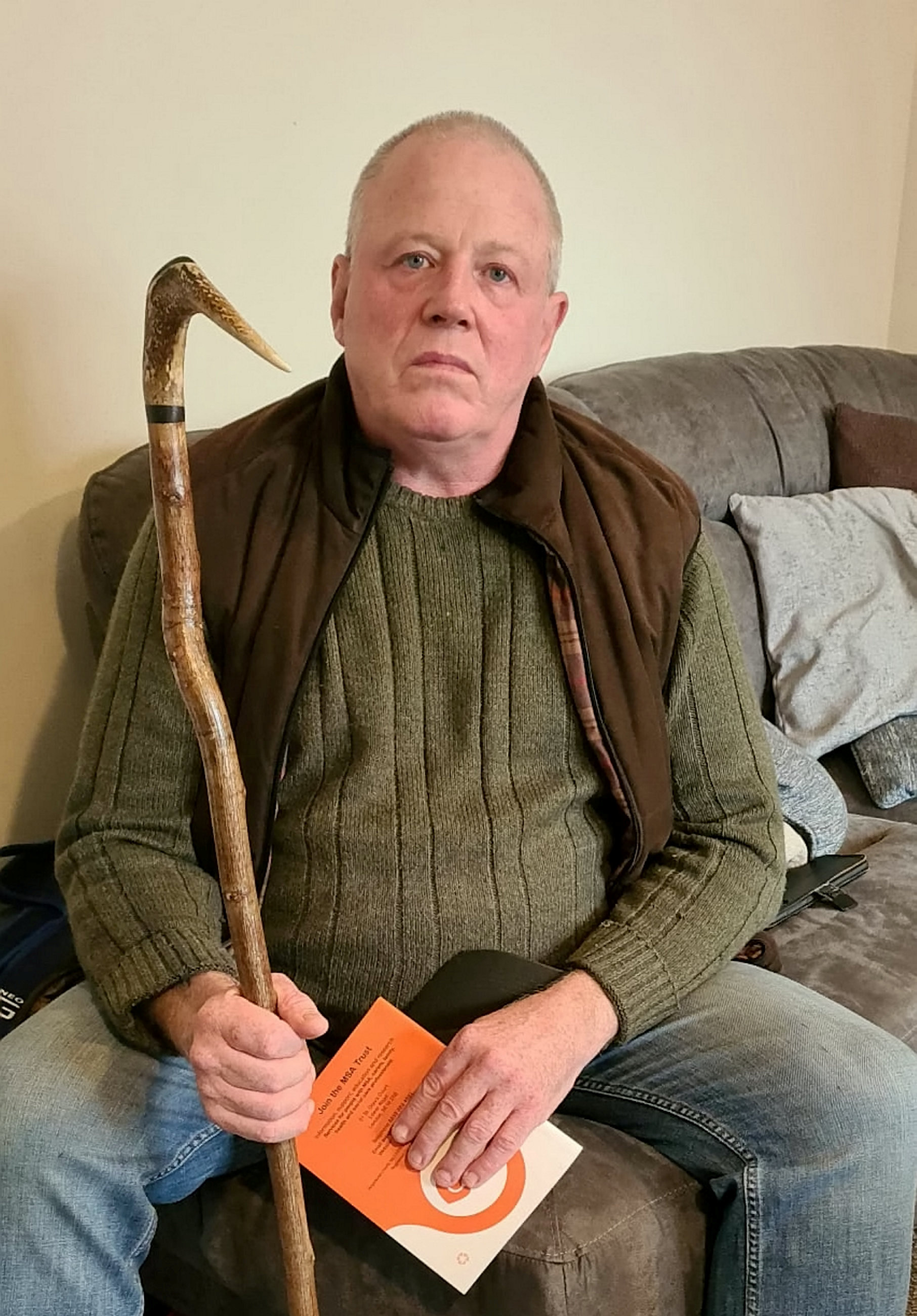 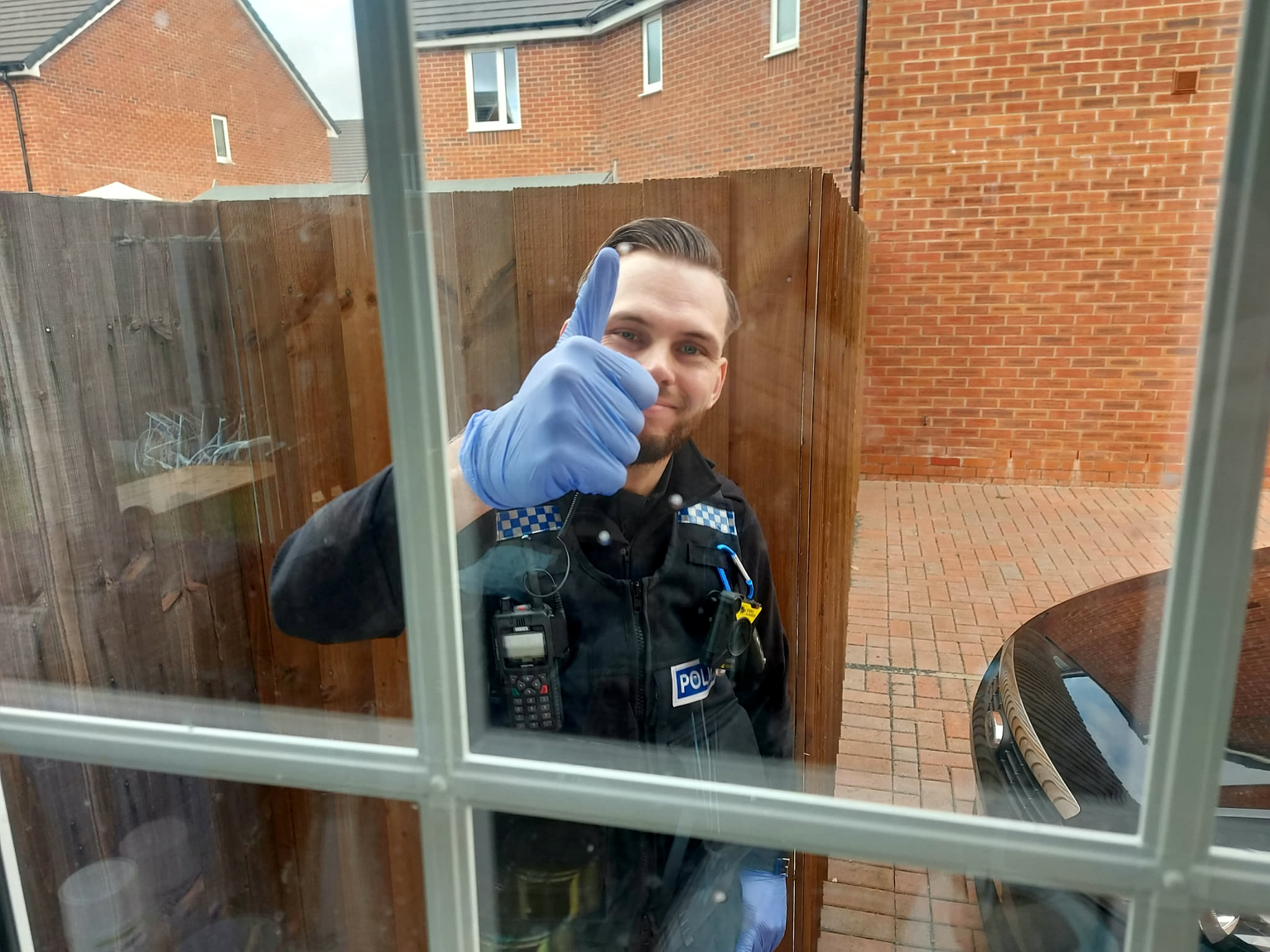