The Italian model who went topless on a boat with Princess Eugenie’s husband, Jack Brooksbank, said she regrets it and wants to apologize to the royal.

“I usually never go topless, but my bikini got wet and I decided to take it off,” Erica Pelosini told the Daily Mail Wednesday. “I know it does not look right for Jack and his family. I felt very bad for them when I saw the images of him surrounded by three women because his wife was not there.”

Brooksbank, 35, made waves last Friday when he was photographed boating, swimming and drinking rosé with Pelosini, Casamigos global director Rachel Zalis and another model, Maria Buccellati, while in town for the UNICEF Summer Gala. He is a brand ambassador for Casamigos, which sponsored the ball.

“It led people to make improper suggestions and jump to conclusions, and it’s very hurtful that people are thinking this,” Pelosini told the paper. “I’m very sorry if I caused any embarrassment to Princess Eugenie and Jack. It wasn’t appropriate for me to be topless.” 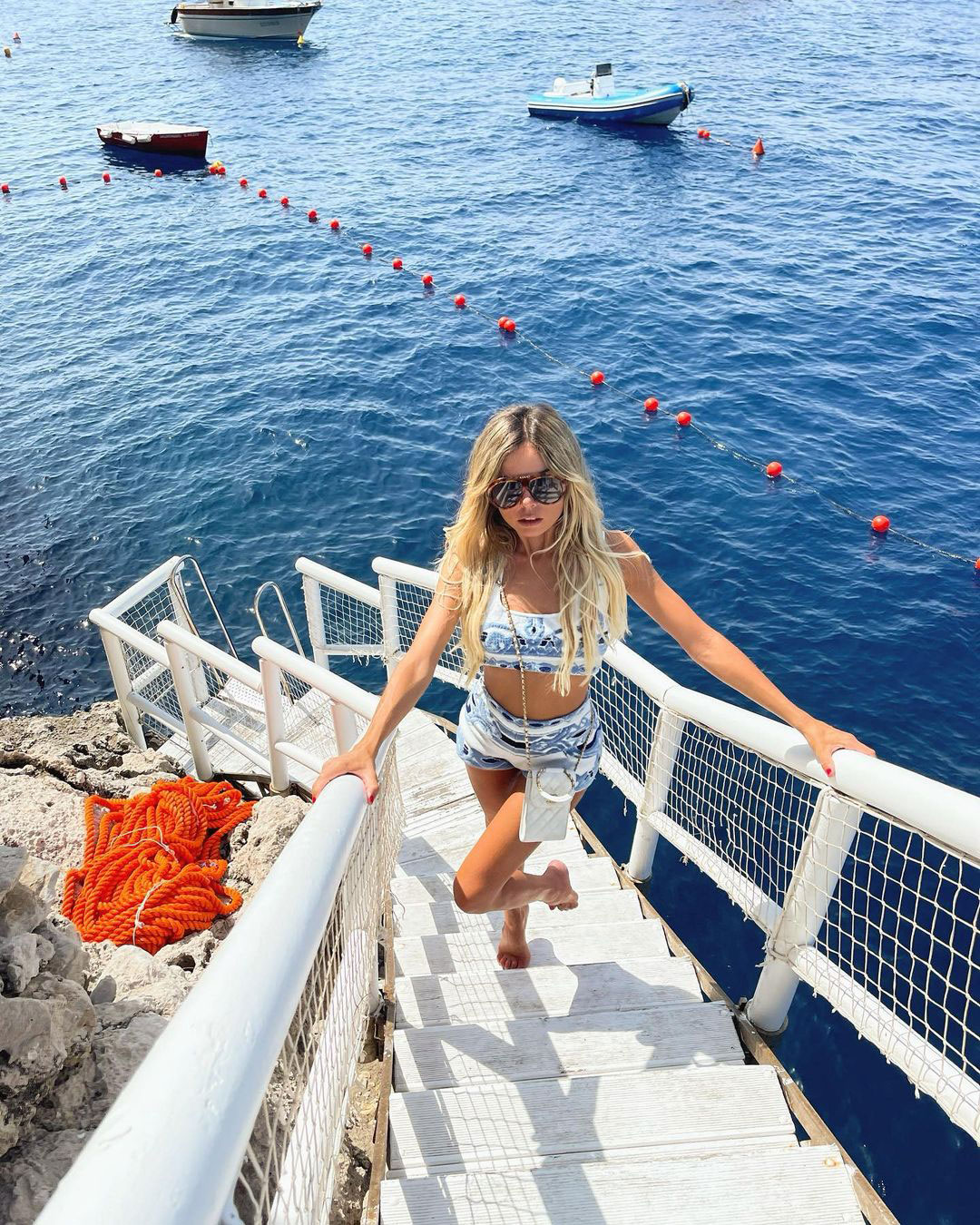 Eugenie’s mother, Sarah Ferguson, defended her son-in-law Monday and slammed the Daily Mail for publishing the photos without proper context.

“Jack … is a man of such integrity. He’s just one of my most favorite people. I call him James Bond actually,” the Duchess of York, 61, told BBC One. “He’s just a superhero in my book, and he’s a great father, a fabulous husband.”

Ferguson added, “He works as an ambassador for Casamigos, and he was on doing his job, and so, I think it’s really important that we clarify that for Jack’s sake.”

Eugenie, 31, and Brooksbank, 35, wed in October 2018 and welcomed their first child, a son named August, in February.