Milan has long been considered the international capital of design thanks in large part to its Salone del Mobile design and furniture trade show, as well as to its history of local talents who have helped shape the world’s tastes.

Now the city is further spotlighting its links with design through the opening of the ADI Design Museum Compasso d’Oro, which was unveiled Tuesday, a space that aims to retrace the aesthetic, industrial and economic evolution of Italian design through the decades.

Nestled between Milan’s Monumental Cemetery and the city’s Chinatown, the museum covers 55,272 square feet and was made possible thanks to an investment of 6.5 million euros by the city’s municipality and other contributions coming from the Lombardy region, the Ministry of Culture and by the ADI Foundation.

The latter is an institution set up in 2001 by ADI, Industrial Design Association, the organization that has awarded the biannual Compasso D’oro, or Golden Compass, design prize since 1954 to designers, companies and firms that have distinguished themselves with the best projects and objects. The prize was established by architect and designer Gio Ponti.

Located inside a restored industrial complex from the ’30s that first housed the warehouse of the city’s horsecar service and was later turned into a power plant, the museum overlooks Via Bramante and the newly renamed Compasso d’Oro square.

The breezy and imposing three-room space housing the permanent collection was developed by the architectural firm Migliore + Servetto Architects together with Italo Lupi.

Mara Servetto likened the main room to a cathedral and stressed how the project they came up with was intended to serve as exhibition space. “We scaled back the use of materials to the bare minimum, with thin sheets of wood and iron…and using lighting both artificial and natural as a third material,” she told WWD. 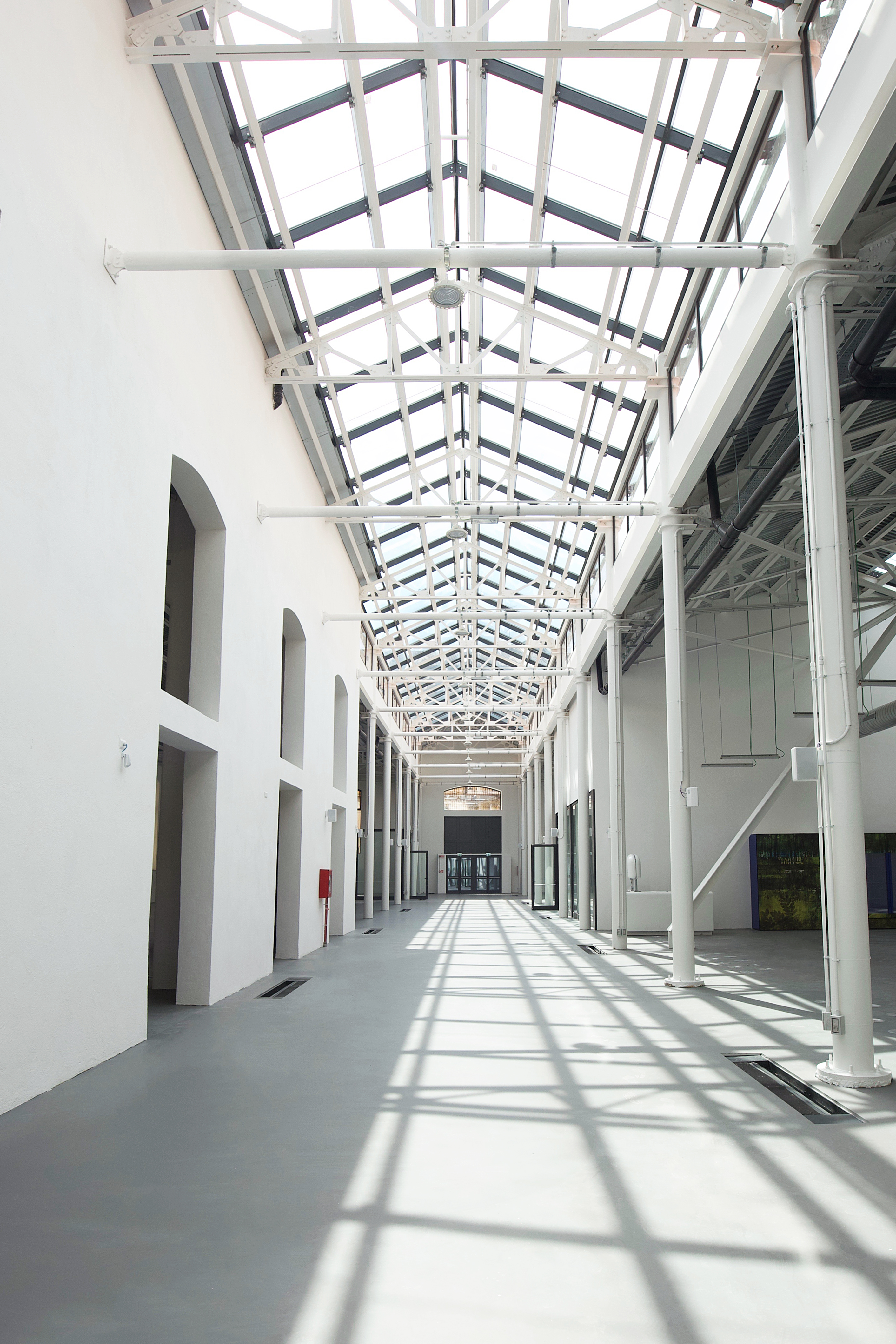 “Our goal was to develop an open project that allows flexibility and that would not overshadow the rich variety of objects on show,” Servetto noted, pointing for example to the juxtaposition of a tractor to a dentist’s chair and smaller objects such as a fork.

Migliore + Servetto — which has worked in the past on exhibition spaces, for example lending its creativity to the Max Mara’s “Coats!” exhibition in Seoul — also developed the graphic identity of the new museum.

Crossed by a glass-covered boulevard that connects it with the city, the museum was described as an “open space” by ADI president Luciano Galimberti, who said it was intended to “regenerate the urban landscape.”

The Minister of Culture Dario Franceschini attended the opening event and remarked how it signals the country’s resilience. “Despite the difficult months ahead, Italy has already demonstrated its ability to rapidly recover in the aftermath of World War II, thanks in large part to its creative spirit,” he said.

The ADI archives, which comprise around 2,300 projects, 350 of which received the Golden Compass prize over the years, served as the foundation for the permanent exhibition titled “The Spoon and the City,” which retraces the history of the prize by displaying the winning artifacts flanked by drawings and technical sketches, as well as patent documents and articles.

The ADI archives were recognized as a collection of culturally and historically relevant objects by the Ministry of Culture in 2004. 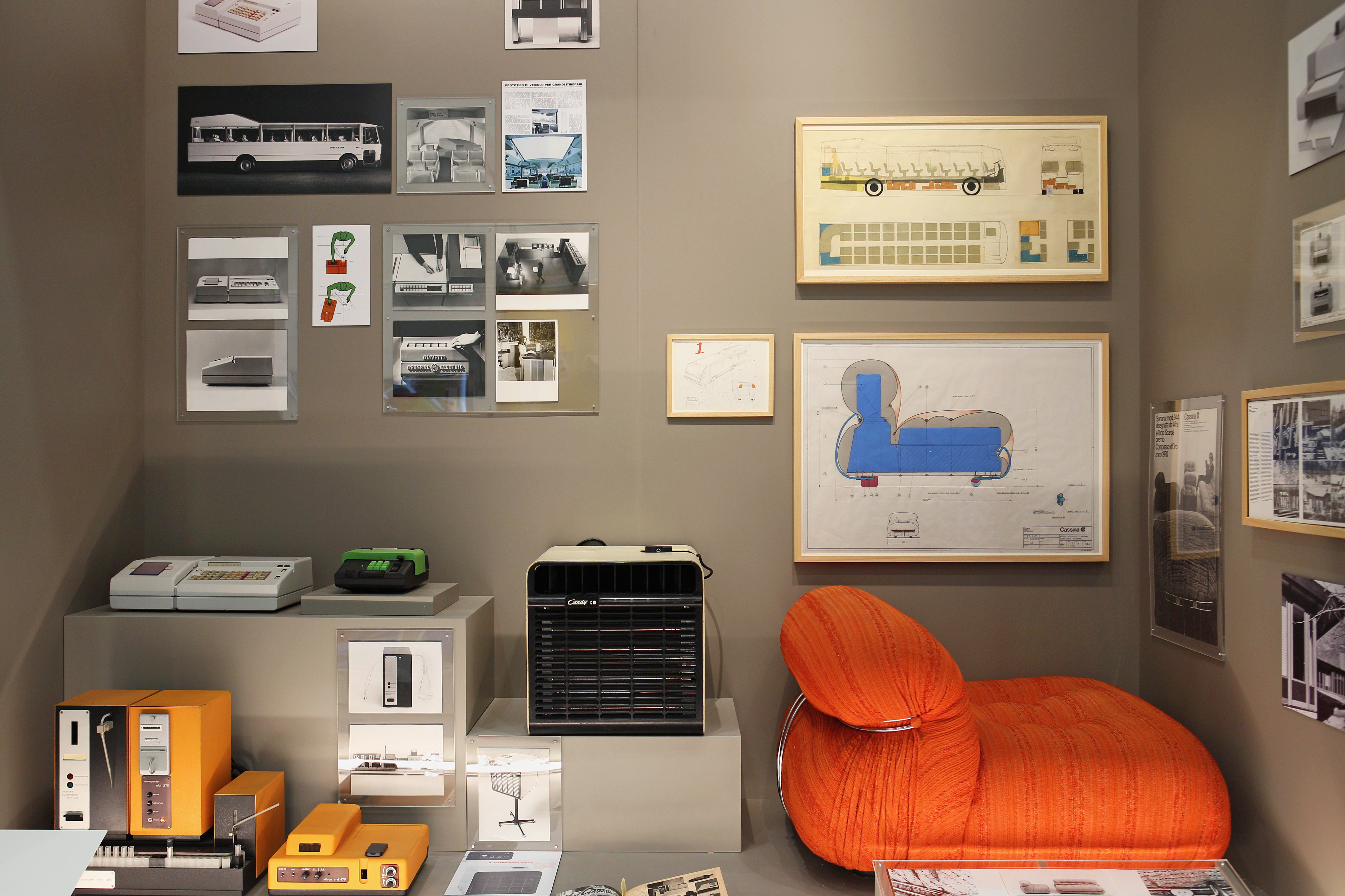 Curator Beppe Finesse imagined the spaces dedicated to each artifact of the permanent collection as a wunderkammer gathering and displaying the know-how of different involved artisans, businesses and designers.

“Without any critical ambition that would have looked too self-referential, we decided not only to concentrate on winning projects but also to retrace the 26 editions of the prize chronologically and combining them with a spotlight on the different scopes of Italian design,” Finesse explained.

“Our goal is to find the right language to spread and share the culture around [design] projects aimed at a sustainable and responsible growth,” noted Galimberti. “It’s a self-generative space but not self-celebratory, we hope, as it will grow as the Golden Compass prize itself expands in coming years,” he added.

To this end, the institution has linked with Milan’s Istituto Europeo di Design, or IED, enrolling the students of the school for projects of restoration and cataloguing of the museum’s collection.

Umberto Cabini, president of the ADI Foundation said the museum’s opening represents “a message of optimism for the design industry and for made in Italy and also a new chapter in the foundation’s history, which is further spotlighting, valuing and igniting a broader conversation of the culture of [design] projects.”

In addition to the permanent exhibit, the museum will host a roster of temporary showcases inside other rooms, each designed by different international architects. 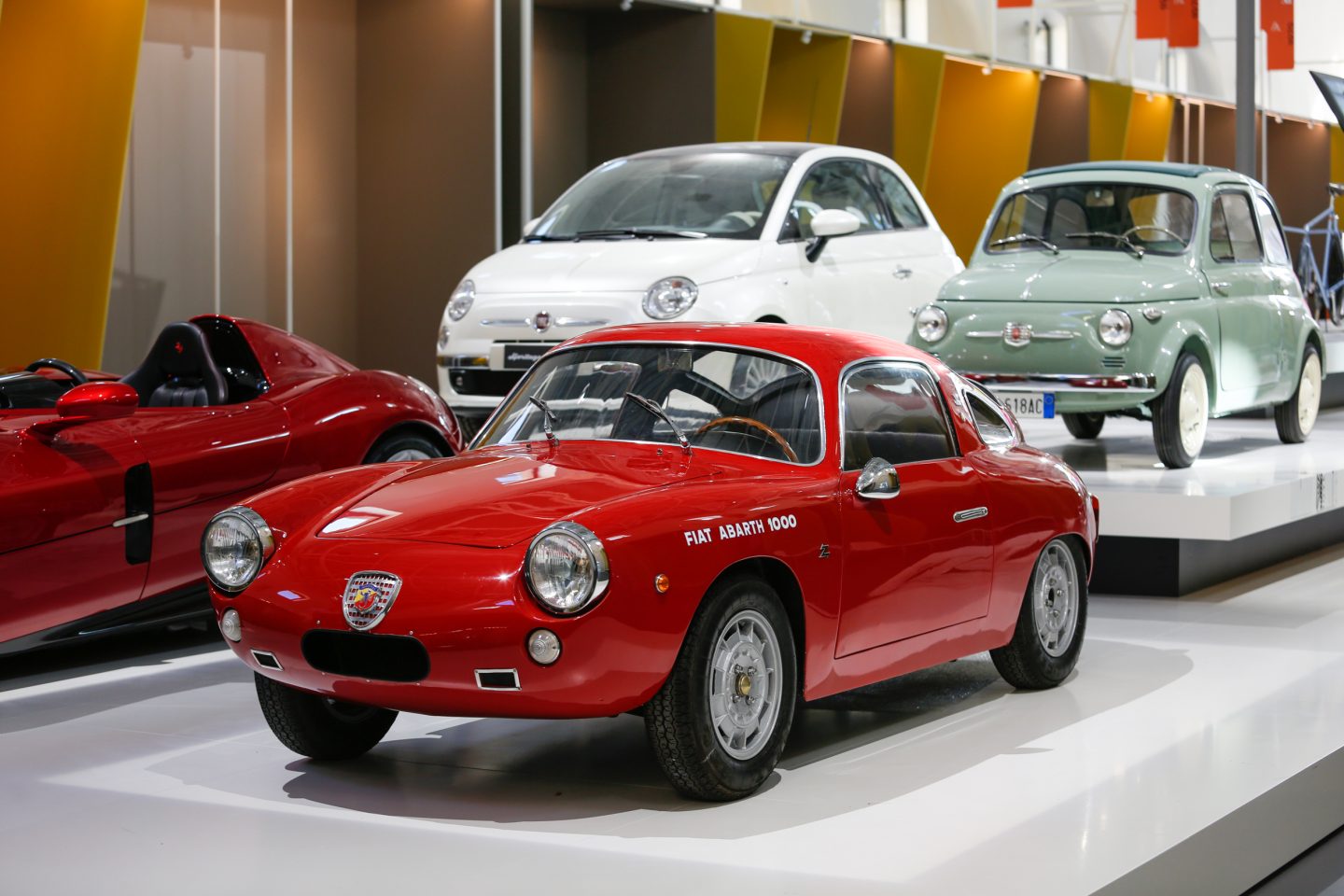 Temporary exhibitions include “One to One. The Object’s Species,” which pairs Golden Compass’ winning objects in relation to their shared purpose or design ethos, as well as a retrospective on the work of textile designer Renata Bonfanti and entrepreneur and Kartell founder Giulio Castelli.

The ADI Design Museum is the first in Italy that does not have a ticket office and visitors are required to purchase their tickets in advance on a dedicated mobile app and website.

Down the Rabbit Hole at London’s Victoria & Albert Museum

Rare Sneakers Under the Spotlight at London’s Design Museum