Triple Michelin-starred chef Tom Kerridge is branded a ‘champ’ for ‘pimping up’ Super Noodles to create a budget meal for £1.50 amid the cost of living crisis

Triple Michelin-starred chef Tom Kerridge has been called a ‘bloody champ’ for creating a budget recipe with Super Noodles to help people during the cost of living crisis.

According to the television cook, 48, who owns two Marlow gastropubs, the meal can be whipped up in just four minutes.

A video of Tom preparing the meal, which was shared on social media, shows him combining the Chow Mein flavoured instant noodles with half a cabbage, a carrot, two spring onions, a vegetable stock cube, some frozen peas and soy sauce.

A packet of Super Noodles sell for just 70p and all the ingredients cost less than £1.50. 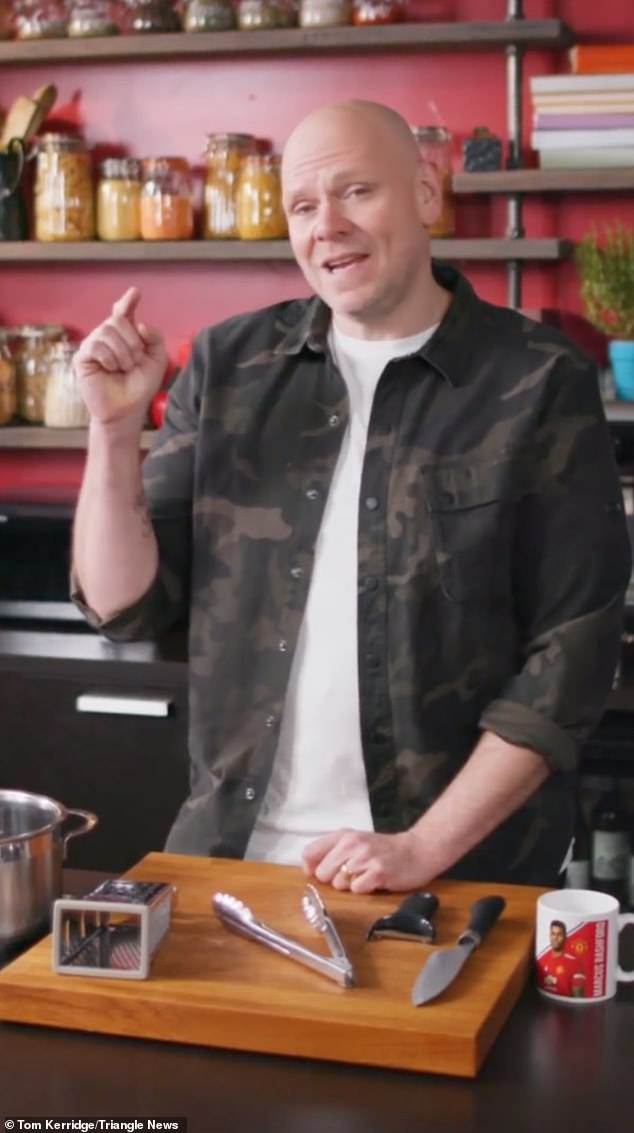 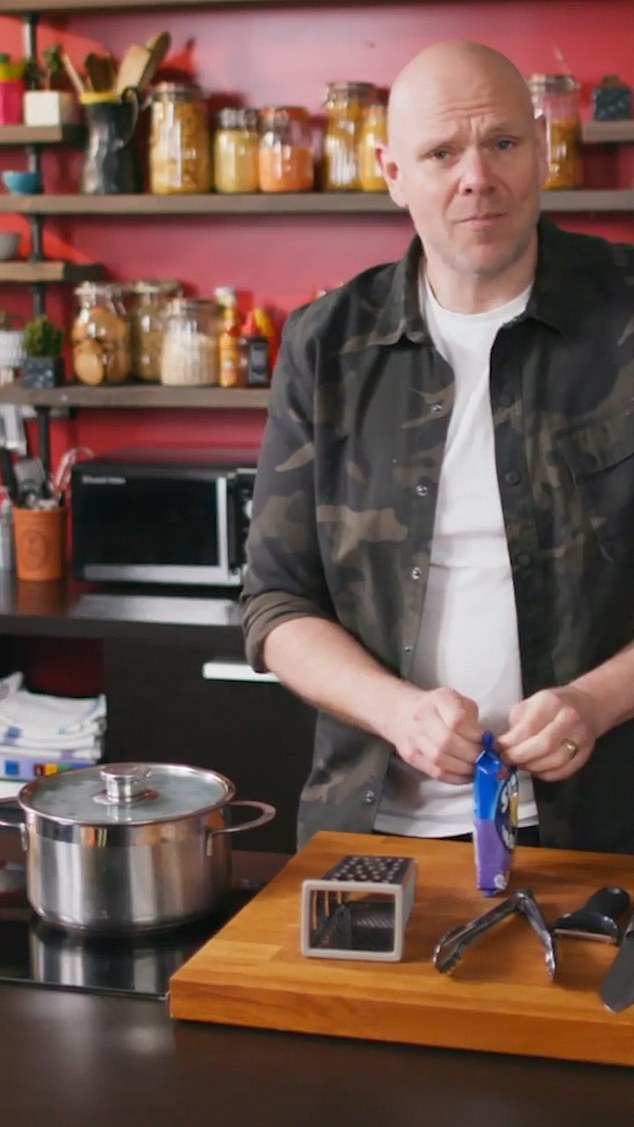 In the video, the chef can be seen ripping into the noodle pack, before mixing the content with cabbage, carrots, and peas and spring onions 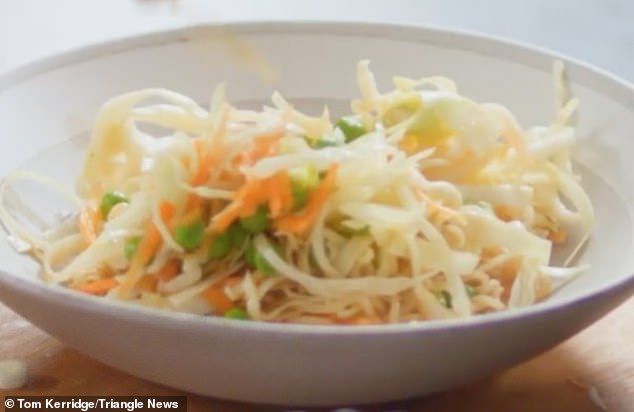 Final dish: the noodle and vegetable meal (pictured) costs £1.50 in total to create, and takes four minutes to prepare

Kerridge – whose Hand of Flowers pub has two Michelin stars and The Coach boozer has one – used just a kettle, saucepan, mug, peeler and grater.

He talked through the recipe which is a far cry from his fine dining meals at his gastro pubs, both Marlow, Bucks.

The chef said: ‘We are pimping up Super Noodles.

‘Make sure you have boiling water from the kettle

‘You need two mugs of water in a pan, turn it on full blast.

‘Super noodles, they are super, super tasty, super easy to open a packet 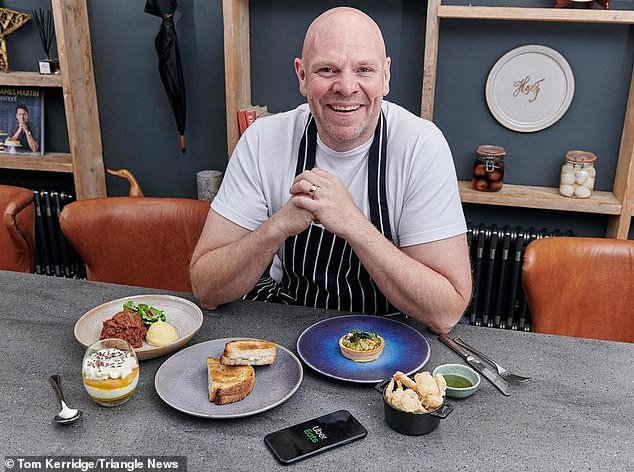 The 48-year-old chef, pictured here with some of his more expensive culinary creations is better known for creating high-end meals at his Marlow gastropubs 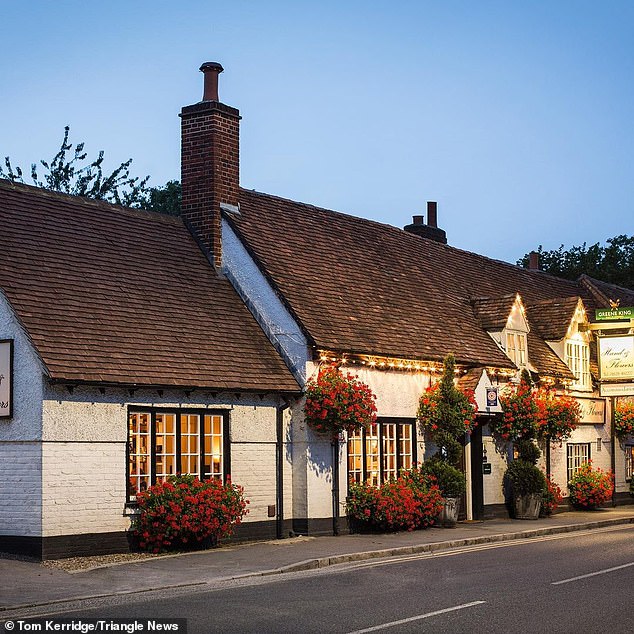 Gastropub: Tom Kerridge normally cooks pricier meals at his gastropubs, including the Hand and Flowers restaurant, in Marlow (pictured) 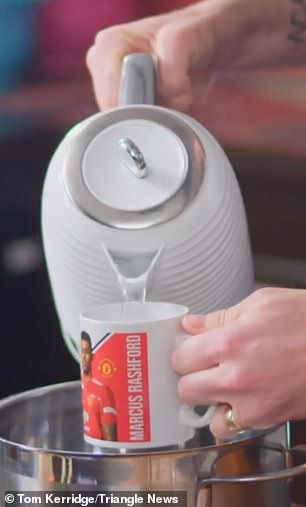 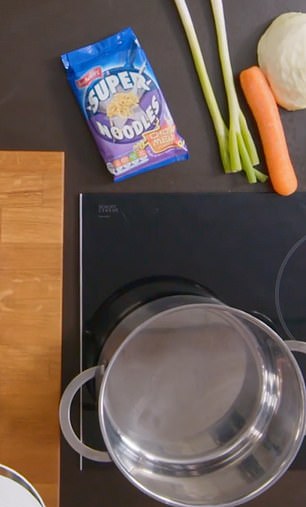 During the video (pictured) the chef showed how to put the basic meal together, using minimal equipment including a kettle, pan, and potato peeler

‘Get a carrot, peel it. Start grating

‘Water is up to the boil put the Super Noodles in, I went a bit Joe Wicks

‘Chop the cabbage nice and thin, throw it in.’

‘Things are possible to cook in no time at all.’

Fans took to social media to praise the Michelin-starred chef for creating a low-cost recipe, which is quick and easy to make

Another said: ‘You turn my life from a debtor and loaner to a millionaire.

‘You are a legend forever grateful sir.’

It is aimed to encourage quick, cheap, healthy meals for school kids and their families hit by the soaring cost of food during the crisis.