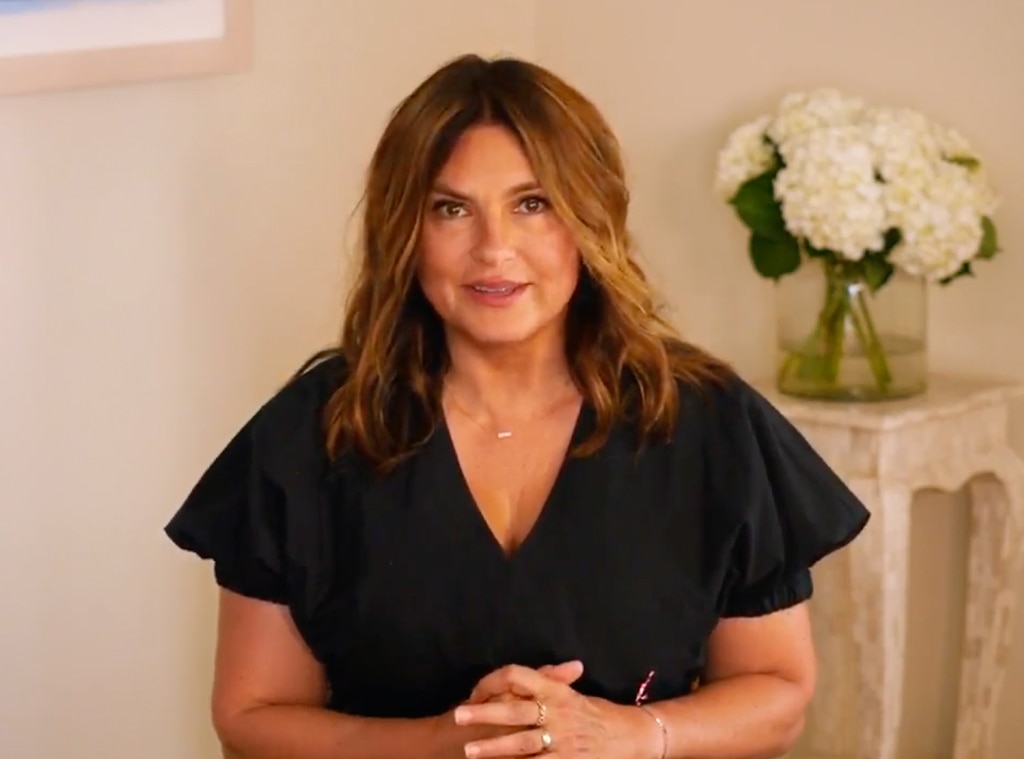 Mariska Hargitay is shining a light on the hundreds of thousands of rape kits that sit untested across the United States.

On Wednesday, Aug. 19, the actress turned activist endorsed former Vice President Joe Biden for president during a speech at the virtual Democratic National Convention. Hargitay appeared alongside CEO and President of the National Coalition Against Domestic Violence Ruth Glenn and sexual assault survivor Carly Dryden to advocate for leadership that believes a "woman's life is worth fighting for."

"When I started doing research to play Detective Olivia Benson on Law & Order: SVU over 20 years ago," Hargitay shared, "I was shocked to find out how many people, including children, experience physical or sexual abuse. The statistics fueled my resolve, and I committed myself to the movement to end this violence."

Glenn urged Congress to "reauthorize and enhance" the Violence Against Women Act, which then-Senator Biden wrote and introduced in 1990. Hargitay said it's this commitment to the cause that helped inspire her to establish the Joyful Heart Foundation, which aims to educate and empower survivors of domestic violence, sexual assault and child abuse.

"I created the Joyful Heart Foundation to help survivors heal, and to change the way our society responds to sexual violence," she said. "The vice president has worked tirelessly by our side to end the backlog of hundreds of thousands of untested rape kits. And our work will continue because testing kits not only makes our country safer, but it sends a vital message to survivors that what happened to them matters."

Scott Disick & Sofia Richie Are "No Longer Speaking" After Breakup

Kerry Washington hosted the third night of the DNC, which will conclude Thursday, Aug. 20.

Biden's newly picked running mate, Sen. Kamala Harris, as well as former President Barack Obama are expected to address voters before the night is over. The Republican National Convention will begin Monday, Aug. 24 through Thursday, Aug. 27.

Jennifer Lawrence Hijacked Her Friend's Bachelorette Party; 'I Don't Know How She Felt…'