A quacking effort! Man hatches a pet duckling using eggs from Waitrose and an incubator bought on Amazon

A man who was inspired by social media to hatch a duck using eggs bought from a supermarket was left stunned after his experiment worked.

Cameron Williams, 24, who lives in Bagillt, Flintshire, explained that he’d seen people hatching birds using free-range Waitrose eggs but was skeptical that it could work, until he tried it for himself.

He told North Wales Lives how he purchased a six-pack of Clarence Court Braddock Whites Free Range Duck Eggs for £2.80 and placed them in an incubator bought from Amazon.

The singer revealed it took a lot of work and he couldn’t go a day without monitoring the eggs, saying: ‘I checked all of the eggs in the incubator but after a week, I checked all eggs using a method called candling [using a bright light source behind the egg to show details of an embryo inside through the shell]. 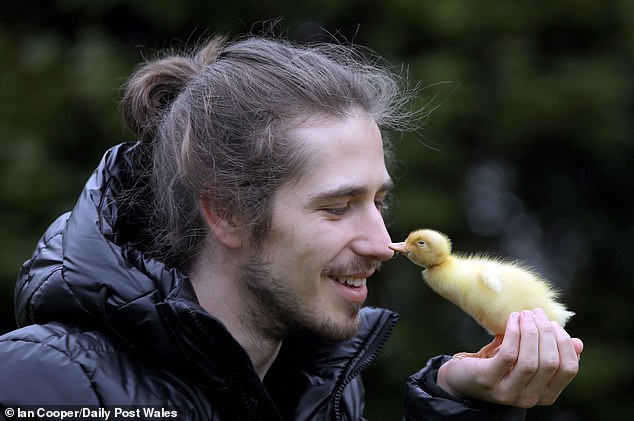 Cameron Williams, 24, who lives in Bagillt, Flintshire, has gone viral on TikTok after hatching a pet duck (pictured) using eggs bought from Waitrose 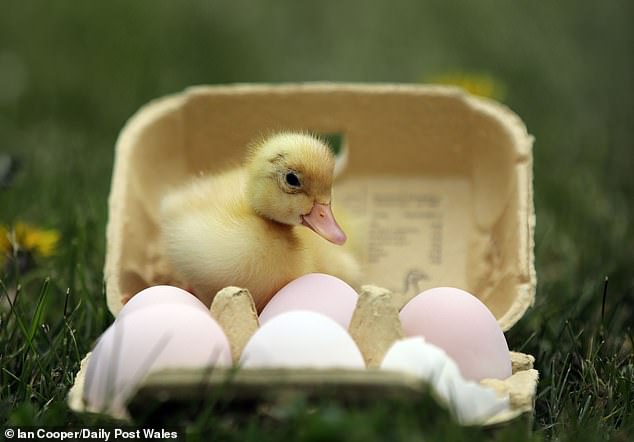 ‘Fortunately the incubator was automatic so this turned the eggs over, for the right amount of time but the process wasn’t as easy as I’d imagined.’

The egg showed signs of cracking within 28 days and the hatching took 48 hours. Cameron admitted the hatching was ‘nerve-wracking’, and as the duckling seemed to be struggling, he helped it along.

Since it hatched on April 25, he has decided to keep the duck as a pet and will continue to look after it even after it’s grown up.

‘The duck is part of the family now, and whilst I am unsure of the sex, it will be called Walter or Rose,’ he added. 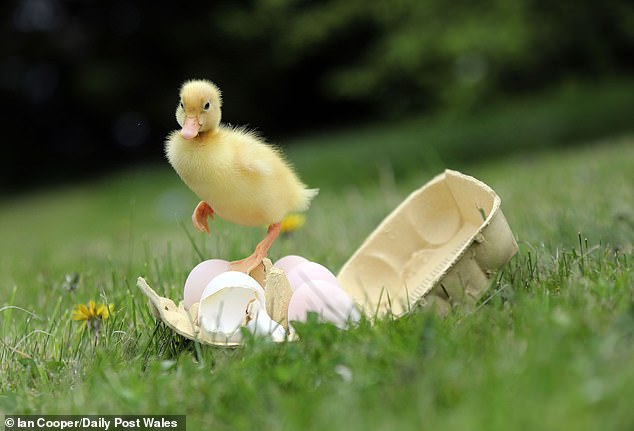 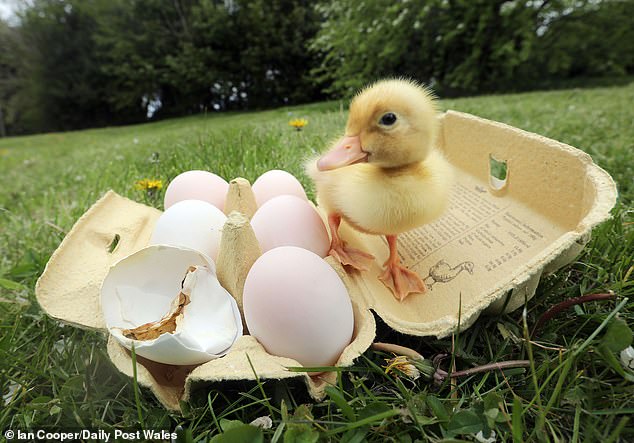 Cameron said within 28 days of placing the eggs in an incubator, he could see cracks and it took 48 hours for the hatching. Pictured: Cameron’s duck 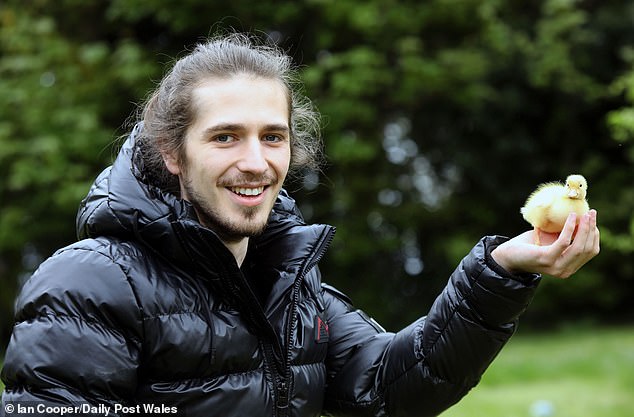 Cameron has racked up over 3,000 followers since he started sharing the duck on his TikTok profile.

While many responses to his videos have been impressed and admit they want to try hatching their own pet duck, others have claimed his experiment has entirely put them off eating eggs.

One person wrote: ‘OMG for real this actually worked. I wouldn’t have thought it would be alive. OMG I totally wanna try this.’

Alongside a series of laughing emojis, another said: ‘Me never eating eggs again.’

A third added: ‘This is putting me off eggs, is this actually real.’

Cameron has racked up over 3,000 followers on his TikTok account, with many gushing that they want to hatch their own pet duck