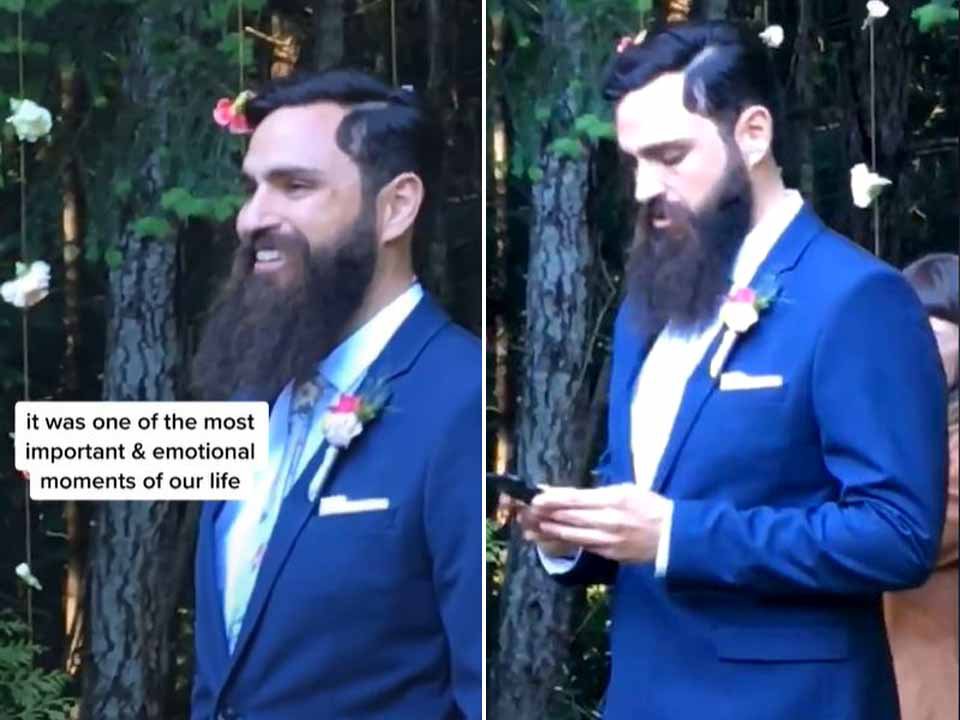 A woman’s wedding video has gone viral for all the wrong reasons, as people criticised her husband for checking his phone as she walked down the aisle.

Taylor Loren posted a close-up of her husband as she made her journey through their wedding guests, catching him looking at his phone during the emotional moment.

Captioning the video, Taylor wrote: ‘4 years ago today I walked down the aisle to marry the love of my life.

‘He checked his freaking phone.’

Over 2.3 million people have now watched the TikTok, and some of the comments are anything but complimentary.

‘Divorce,’ said one, while another wrote, ‘I’d turn around and walk away.’

husband of the year 😂 (yes I walked down the aisle to Kanye, RIP KIMYE) #weddingtiktok #marriage

One more wrote, ‘He wouldn’t have a phone no more,’ and another commenter said, ‘Wedding cancelled.’

Others argued that it may have been a nervous reaction, or he might have had his vows written on there.

Taylor also replied saying, ‘He was sooooo nervous! I thought it was funny,’ before making a follow-up video to ask her husband (who she wed four years ago) why he did it.

His answer? ‘Cause Crypto never sleeps.’

The bride later changed her bio to ‘still married’, in an apparent effort to show that she was not angered by the phone-check – and it wasn’t an indication of their happiness.

Now we need to find out whether he made any cash on that crucial mid-wedding trade.