House prices are tipped to grow at their fastest pace since the late 1980s, led by a 19 per cent surge across the Sydney market this year, as buyers take advantage of record-low interest rates, government programs and money saved during the coronavirus recession.

But the run-up in prices, which is expected to touch almost every property market in metropolitan and regional areas, is not a sign of “froth” according to the federal Treasury, which argues houses are still relatively affordable for most people. 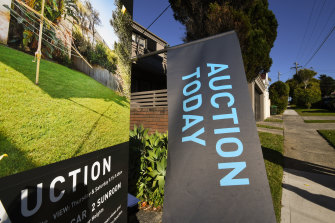 ANZ economists are forecasting capital city house prices to climb by 17 per cent this year, led by a 19 per cent jump in Sydney.Credit:Domain

ANZ economists on Wednesday sharply lifted their forecasts for house prices, tipping a nationwide increase of 17 per cent through 2021.

Sydney, which already has a median house price of almost $1.1 million, is tipped to experience its largest one-year jump in prices since 2015.

The last time house prices nationally lifted so much was in the late 1980s in a property boom that was ended by double-digit interest rates and the 1990-91 recession.

They said with low stock levels there was a “fear of missing out” sentiment emerging in the property market, putting further upward pressure on prices.

Data from CoreLogic shows Sydney house values have climbed by 6 per cent over the past three months while in Melbourne they have lifted by 4.4 per cent. 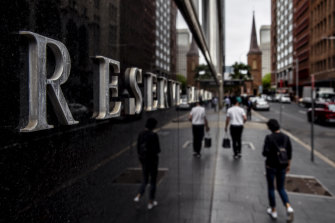 Low interest rates, expected to be held around 0.1 per cent for the next three years by the Reserve Bank, are contributing to higher house prices.Credit:Louis Douvis

ANZ expects price growth to slow next year, averaging 6 per cent across Sydney and Melbourne with Perth and Brisbane forecast to see increases around 8 per cent. Even that rate would be triple the level of expected inflation.

The step down in growth will be partly driven by tighter lending standards expected to be imposed by the Australian Prudential Regulation Authority.

People enjoying very low fixed interest rates are also likely to find a lift in their payments when those loans rollover. Higher rates could start hitting some buyers as early as the second half of this year.

Ms Emmett and Ms Timbrell warned first home buyers, who are entering the property market at near-record levels, are taking on almost-peak levels of debt. The average first home buyer mortgage in January this year was $429,950 with it higher for people buying in Sydney and Melbourne.

They said as more people under the age of 35 had lost work because of the recession, this age group would continue to struggle to own their own home.

“The higher likelihood of unemployment for younger workers will slow their progress on saving for a home deposit,” they said.

ANZ released its forecasts just as Treasury officials were questioned about the strength of house prices during a Senate estimates hearing.

Treasury deputy secretary Luke Yeaman said the department was keeping a close eye on the property market but at this point there were no signs of froth, nor a decline in lending standards.

He said the fall in interest rates over the past year had meant overall housing affordability was roughly in line with levels seen over the past five years.

“At this stage … the support the strong housing market is providing for consumers, through to household wealth, we see as a sign of strength in the recovery,” he said.

“We do expect that house prices will increase over the next year, something in the order of 10 per cent on average across most markets,” she said.