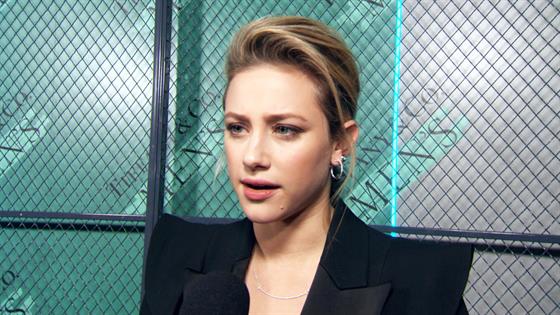 Lili Reinhart knows that she wouldn’t be an E! People’s Choice Awards nominee without her dedicated fans!

E! News exclusively caught up with 23-year-old actress at the Tiffany Men’s Collection launch on Friday in Los Angeles.

“I’m just always humbled by them and I guess always reminded of how much our fans love the show and they are so diehard and they really care about us and they care about the characters. I feel honored,” the Hustlers star explained.

Reinhart is up for Female TV Star and Drama TV Star of 2019 at this year’s People’s Choice Awards for her role as Betty Cooper on Riverdale. The CW series also received nominations for Show and Drama Show of 2019. Her co-stars, Cole Sprouse, KJ Apa and Camila Mendes all scored individual noms as well. That’s a total of seven nominations for the hit show!

Don’t miss your chance to have your voice heard if you can’t get enough of Riverdale. PCAs voting closes this Friday, Oct. 18.

Find out if Reinhart wins big at the People’s Choice Awards when the show airs live on E! on Sunday, Nov. 10.