The number of female members in the Victorian Liberal Party’s parliamentary team has been boosted with Cathrine Burnett-Wake to join the upper house. 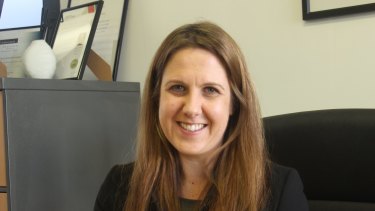 The addition of a new woman to the Coalition’s ranks will be welcome news for Mr Guy who had vowed to push the Liberal Party to adopt quotas if it failed to recruit more women ahead of the 2022 election.

The two councillors went up against conservative candidate Dr Renee Heath whose tilt caused controversy due to her links to the City Builders Church.

Dr Heath's father, Pastor Brian Heath, heads the controversial Gippsland-based church and has previously been accused of encouraging members of its congregation to take part in the Living Waters Program, an externally run gay conversion “therapy” which has since closed.

Laws to ban gay conversion therapy passed Victoria’s upper house in February, making it illegal to try and suppress or change an LGBTI person’s gender or sexuality, including through faith.

Ms Burnett-Wake is considered a more moderate Liberal who sits on the boards of Burrinja Cultural Centre and the Eastern Alliance for Greenhouse Action.

She is also a member of the Administrative Appeals Tribunal having been appointed in December 2017.