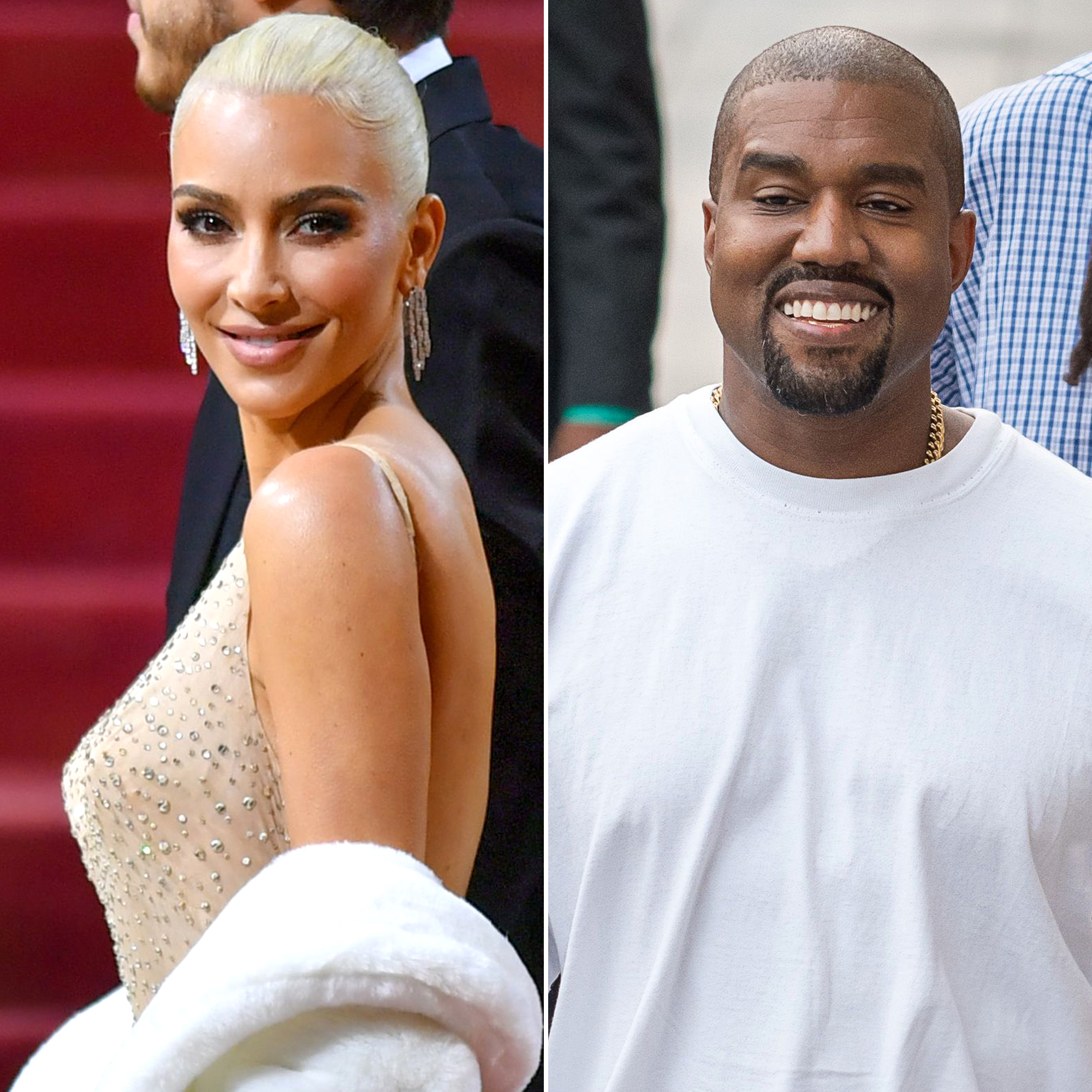 A fabulous father! Despite Kim Kardashian’s tumultuous relationship status with Kanye West, she still is grateful for the life — and the children — they shared.

“Thank you for being the best dad to our babies and loving them the way you do,” the Skims mogul, 41, wrote via Instagram Story on Sunday, June 19, sharing family photos of West, 45, and the pair’s four children. “Happy Father’s Day Ye.”

The Kardashians star was married to the Yeezy designer for nearly seven years, eventually welcoming daughters North, 9, and Chicago, 4, and sons Saint, 6, and Psalm, 3. Kardashian filed for divorce in February 2021, before being declared legally single nearly one year later. 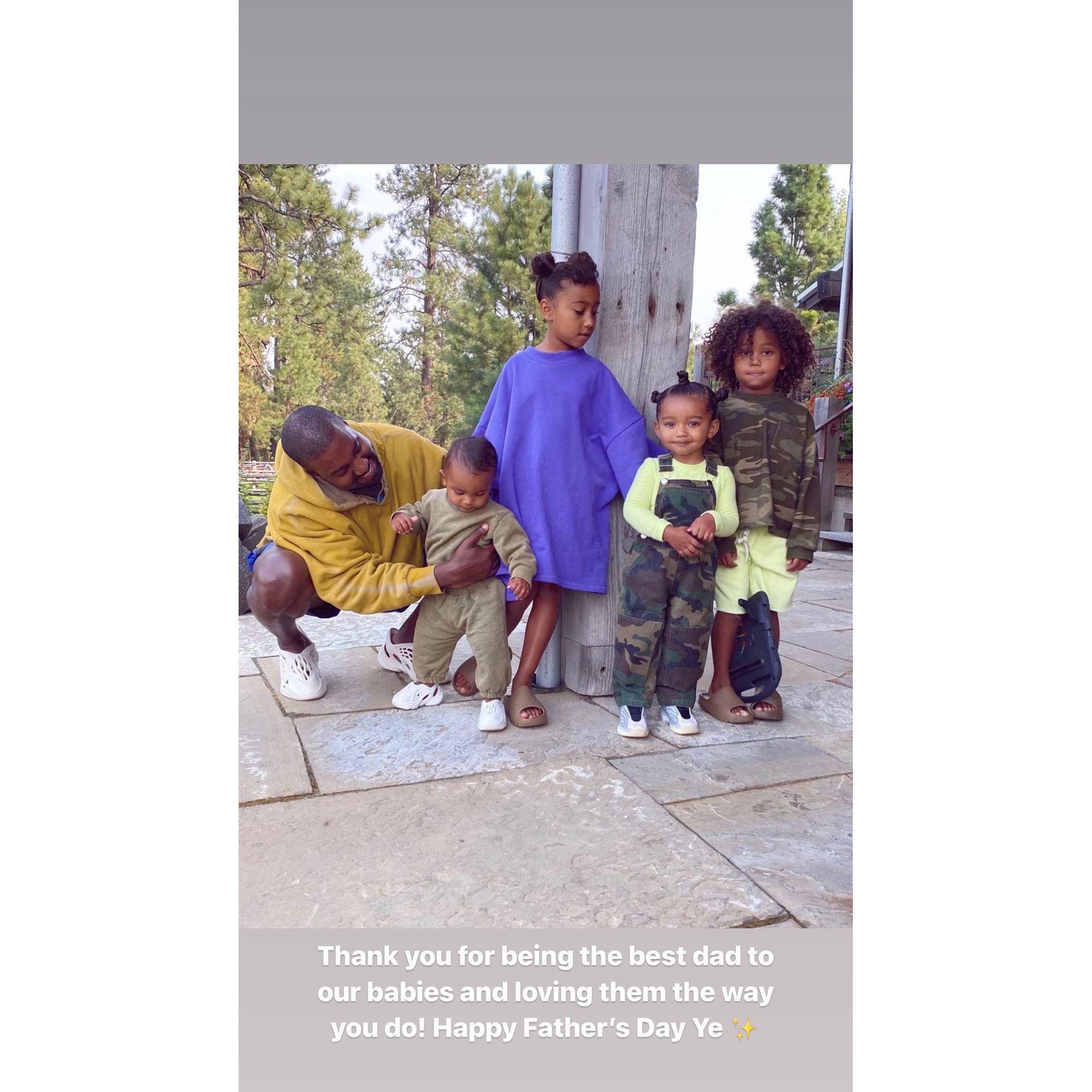 “There’s a lot more to Kim and Kanye’s relationship that people don’t know about,” a source exclusively told Us Weekly earlier this month of the pair’s romantic struggles. “Things that happened behind closed doors and in private conversations. … Even some of her closest friends don’t know. Kim will share the truth and speak more about her past once she’s ready.”

While the reality TV personality and West have gone their separate ways, Kardashian has made it clear that her ex-husband will remain an integral part of her brood.

“You could be so hurt or angry at your ex, but I think in front of the kids, it always has to be ‘Your dad’s the best,’” the Selfish author told Vogue in her March cover story. “Make sure you are your coparent’s biggest cheerleader, no matter what you’re personally going through.”

While Kardashian has since moved on with Saturday Night Live alum Pete Davidson, her evolving dynamic with the “Heartless” rapper has been chronicled on her family’s Kardashians docuseries on Hulu.

“Kanye walked out on SNL, but I’m always going to take the high road,” the Keeping Up With the Kardashians alum said in the May 16 episode. “We have kids involved. Kanye is here to pick up the kids. I just woke up and the mornings that he takes them to school [are] kind of relieving for me because I get to do a little bit of work. We now trade off on who takes the kids to school in the morning.” 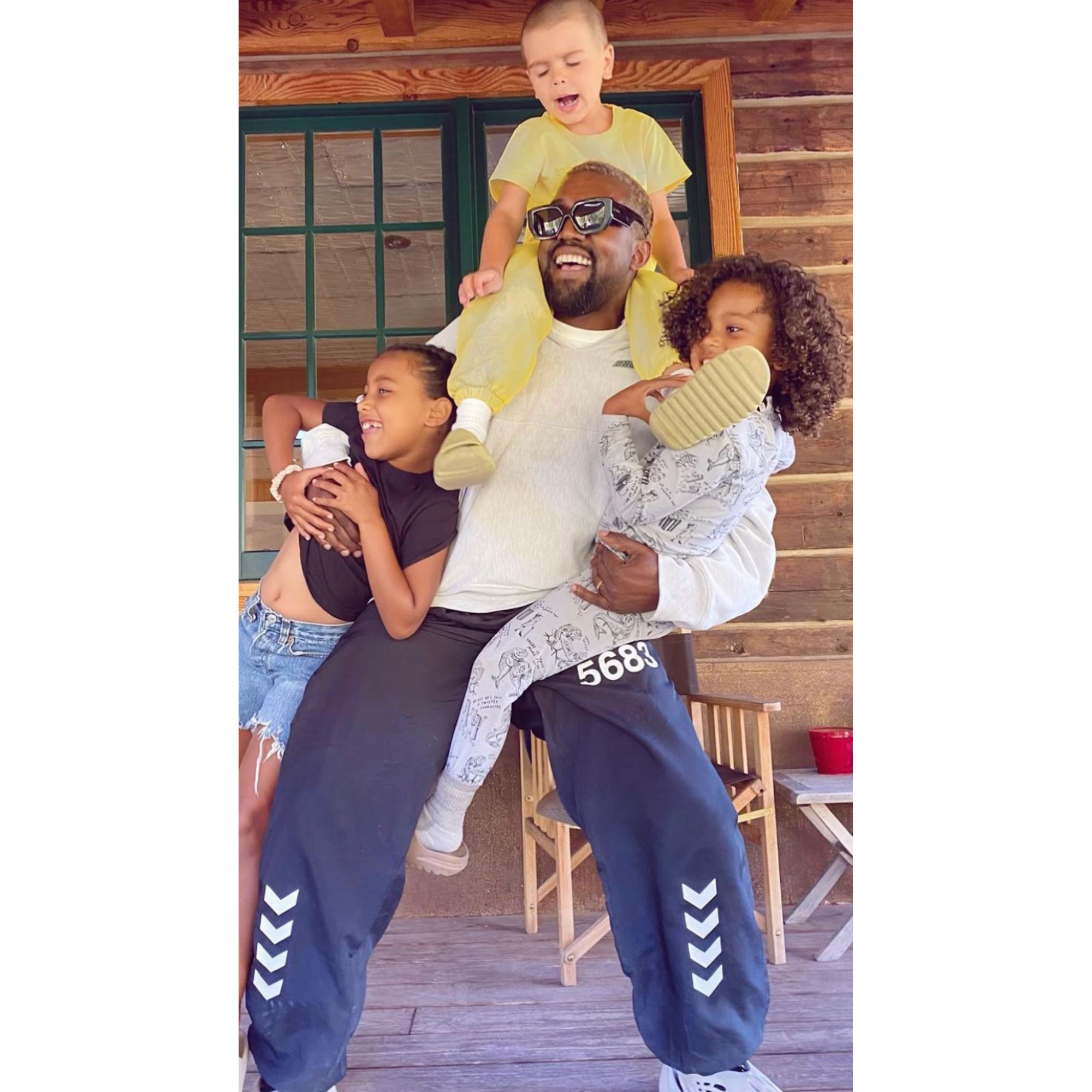 She added: “No matter what we’re going through, I always want my kids to be around their dad as much as possible and just to have their mornings with dad and get dropped off at school.”

“Happy Father’s Day to the best daddy ever! The kids asked me how I would celebrate with you today if you’re all the way up in heaven,” Kim added in a second Story post, alongside a throwback photo with the late attorney, who died in September 2003. “They [gave] me the cutest suggestions. I miss you and love you with all my soul.”

Kim also honored the Olympian, 72, who was married to her mother, Kris Jenner, between 1991 and 2014. “Thank you for raising us and being the best stepdad,” she gushed via her Story.