Kim jokes to her friends that she is ‘happily taken’ by Pete after filing to become legally single from ex-husband Kanye West.

Kim Kardashian, 41, filed court documents in Los Angeles on December 10 to become legally single from former husband Kanye West, 44 and a source told HollywoodLife EXCLUSIVELY that she “couldn’t wait” to hop coasts to see her new beau, Pete Davidson, 28, immediately after doing so. “After filing these papers to become legally single and drop West from her last name over a week ago, the only thing that Kim really wanted was to see Pete. Although she is still waiting for the divorce to be finalized with Kanye, she feels like she is finally free for the shackles of their former marriage,” our source said, adding, “Kim jokes to her friends that, even though she is legally single, she is happily taken.”

Kim didn’t waste any time in making her wishes become reality. On December 18, Kim and Pete were spotted out on a date night in Staten Island, while accompanied by Scott Disick, 38, and a mystery brunette, who looks strikingly similar to Kim’s sister and Scott’s ex, Kourtney Kardashian, 42. After being spotted at Staten Island’s Atrium Stadium Cinema, the group dined at Angelina’s restaurant. As HollywoodLife EXCLUSIVELY reported, the highlight of Kim’s visit to NYC this past weekend wasn’t dinner and a movie — it was meeting Pete’s mom, Amy Davidson! As fans know, the pair also have the approval of Kim’s mom, Kris Jenner, 66, who hosted them at her Palm Springs, California, mansion for Pete’s birthday on November 16.

“Kim did not expect to be dating anyone for a long time, but the way it happened with Pete feels like divine intervention,” the source said, referring to the fact that the initial sparks between the two occurred when Kim was guest starred on SNL on October 10. “They don’t talk about Hollywood, or celebrities, or their money, or their fame. Their conversations are real and authentic. They talk a lot about life and death, about spirituality, about current world affairs and about her work in criminal justice reform. Pete is fascinated by her intelligence and really digs the fact that she is set on becoming a lawyer,” the source insisted. 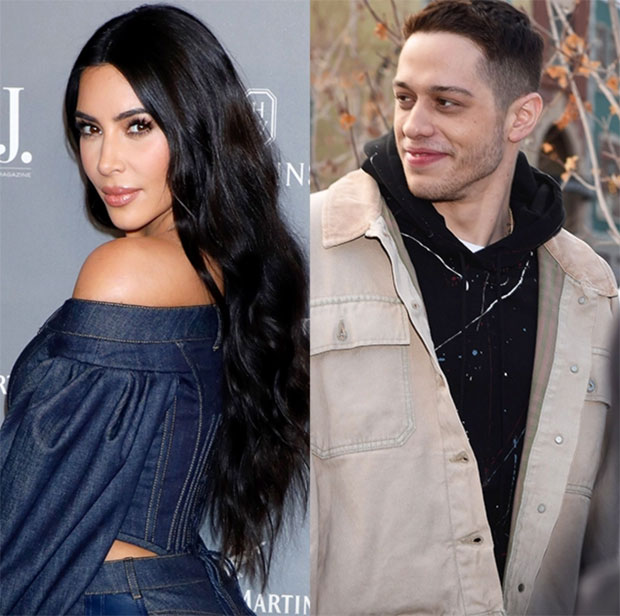 So how serious are they getting and is it, perhaps, time to start referring to Kim and Pete as “Kete”? According the source, after countless dates together in Los Angeles, NYC and Palm Springs, it is getting quite serious. “Her family and friends have not seen her so happy in such a long time. Kim has been so serious over the past few months because of everything that she was going through with Kanye, but Pete makes her laugh like she’s never laughed before., Kim says she has fallen for Pete and no one doubts this. It is clear that he has fallen for her as well,” the insider added.