Katie Thurston has challenged “Bachelorette” contestants to keep their hands out of their pants as she searches for the one.

In a sneak preview of Monday’s episode shared by People, 30-year-old Thurston is seen approaching co-hosts Tayshia Adams and Kaitlyn Bristowe with the proposal, which initially flew over their heads.

“I kind of had this idea I thought would be fun, where the guys in the house all have to agree to withhold their self-care as long as possible, if you know what I mean,” she told the confused duo.

“Uh, we’re going a little deeper than that,” Katie replied. “A little friendly handshake with themselves [is] off-limits.”

“I cannot wait to see the boys and give them a little look, make it a little hard for them — make it VERY HARD for them,” the brunette beauty told cameras before Bristowe informed the contestants. 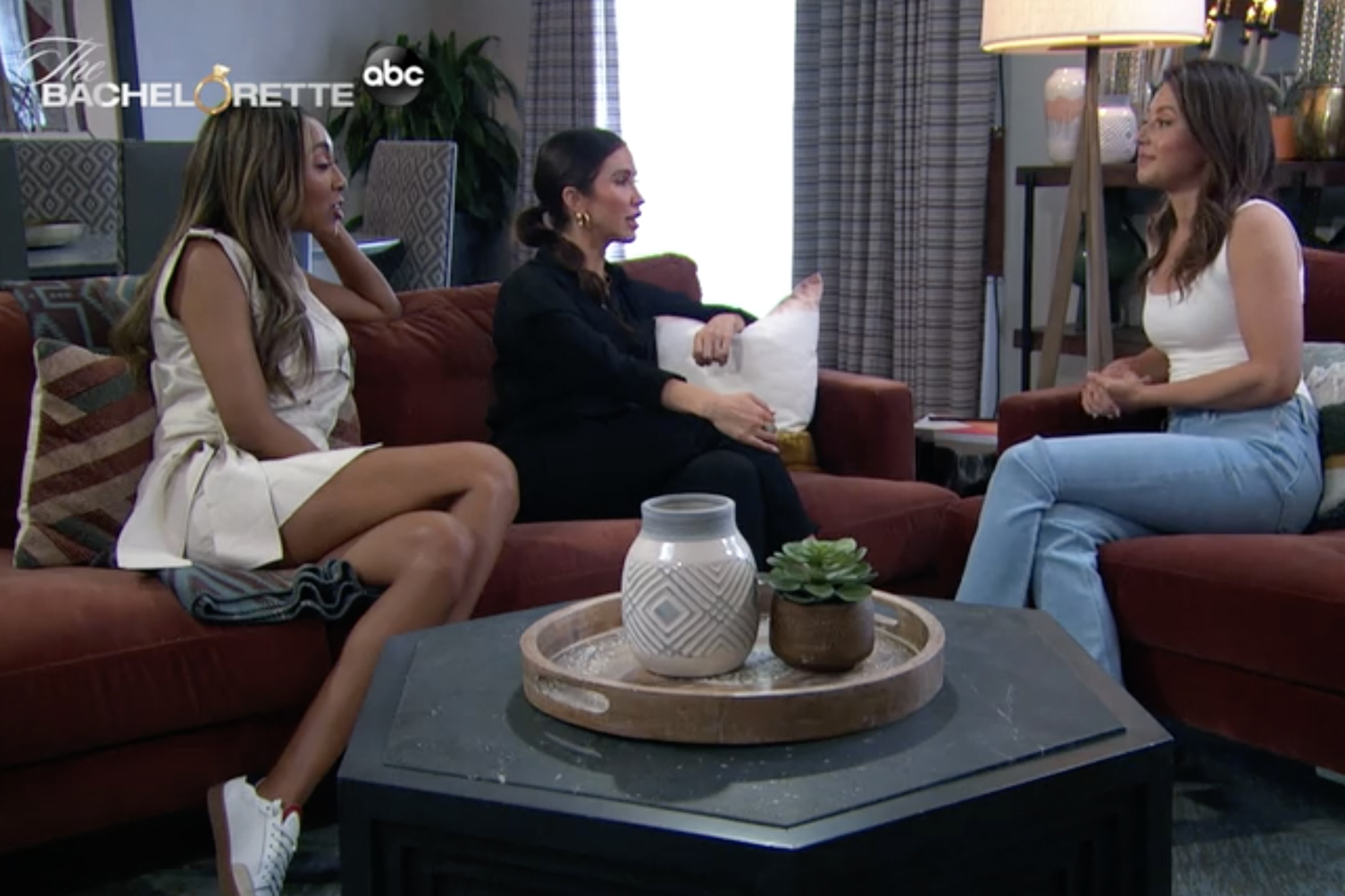 “I’m going to fill you in on a juicy secret, and it’s called operation WOWO: Week off, wack off,” she told the group. “Katie wants to see which one of you can hold out.”

Contestant Connor B then admitted during confessional that, “This sucks, and a lot is going to change very quickly.”

Thurston could be testing the remaining contestants due to former competitor Thomas Jacobs, whom she believed used her as an opportunity to seek fame.

“You told me things I wanted to hear. What I learned about you tonight is you’re selfish, unkind, and a liar,” Thurston told Jacobs in front of her remaining suitors before kicking him to the curb.