Kate Middleton missed out on taking her eldest so Prince George to his first day of school.

However, today she was able to take Princess Charlotte for her first day in a sweet moment.

Kate was too ill with morning sickness to accompany George on his first day.

She wore a stunning pink dress to attended St Thomas’ in Battersea today.

Kate wore a Michael Kors dress, which costs just £150.50, a steal compared to much of the royals wardrobe.

However, the dress, described as a “belted floral-print crepe midi dress”, is sold out.

She accessorised with navy blue suede stilettos with a pointed toe and simple silver hoop earrings.

Princess Charlotte clung onto her mother’s hand, looking confident on her first day.

She shook hands with the headmistress of the school, smiling and standing on her tip toes. The little princess had a unicorn tag attached to her backpack. 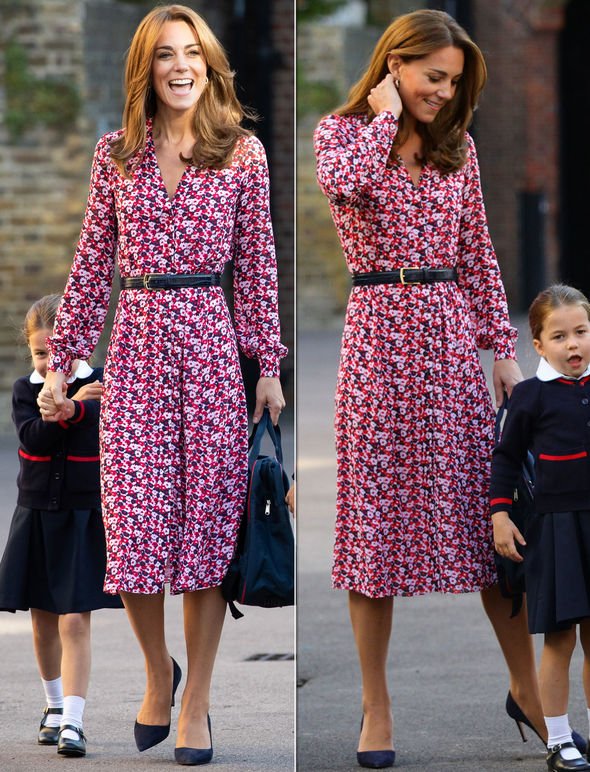 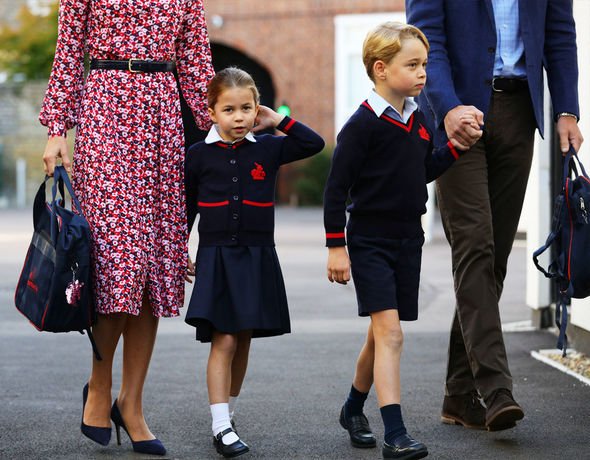 A video of the two children and their parents walking into school was posted alongside the video.

Kate Middleton’s style changed when she married into the Royal Family, according to Anthony McGrath, celebrity stylist and lecturer at the Fashion Retail Academy in London.

He told Express.co.uk: “As Kate transitioned to her role as the Duchess of Cambridge, her style inevitably evolved.

“Since Kate has been in the limelight she has always been somewhat of a conservative dresser, whether that was because she wanted to prove herself to the Royal Family or was her own personal style, who knows, but she was rarely seen in anything too risqué.” 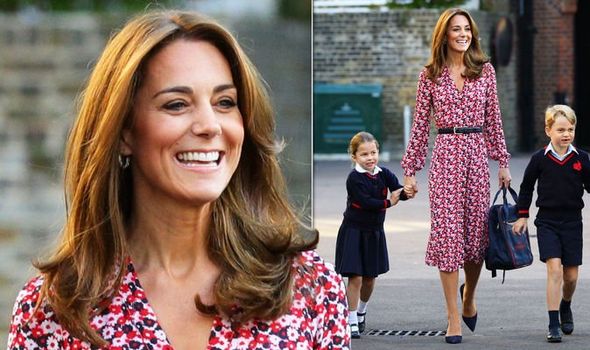 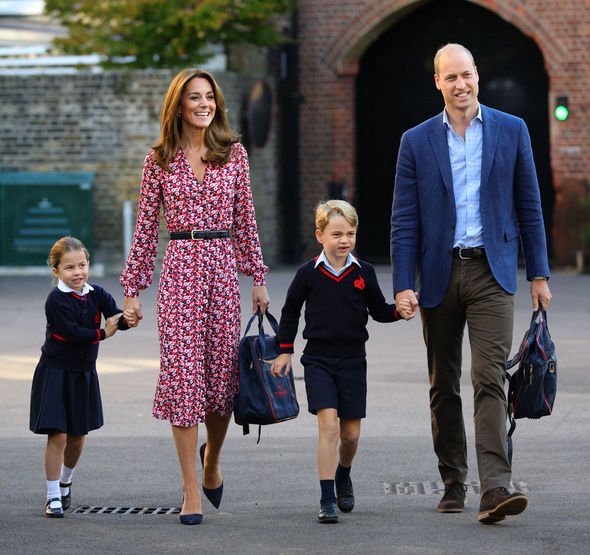 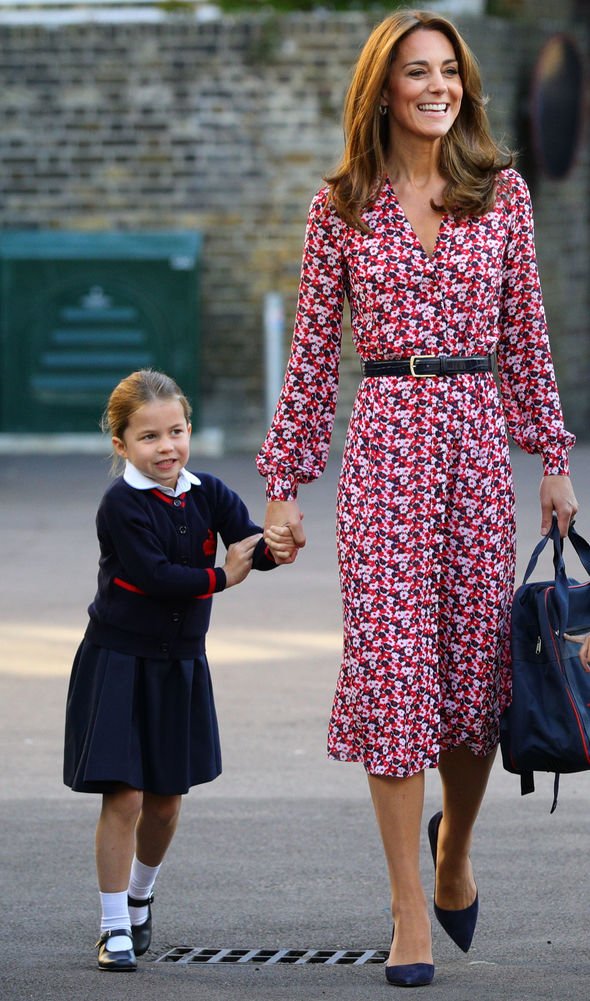 How did Kate Middleton become a royal?

Kate Middleton, or Catherine, Duchess of Cambridge, was born on 9 January 1982 at the Royal Berkshire Hospital, Reading, England.

She was born to Michael and Carole Middleton, a former flight dispatcher and air hostess. The couple founded a party supplies company, Party Pieces, in 1987 – now estimated to be worth £30 million.

Kate has a younger sister Pippa Matthews, 34, and a younger brother James Middleton, 31.

Kate and her family moved to Amman, Jordan, in 1984, where the future Duchess was educated at an English-speaking nursery school.

After moving back to Berkshire the family sent Kate to private school, St Andrews School. She went on to briefly study at Downe House before moving onto Marlborough College where she boarded.

For university the young Kate attended the University of St Andrews in Fife, Scotland. Here she was awarded an undergraduate MA (2:1 Hons) in history of art.

Kate met Prince William when they were both studying at St Andrews, and both living in St Salvator’s Hall. Famously, William reportedly took a fancy to Kate after she wore a see-through dress during a fashion show.

In 2003 the couple began dating and lived together during their second year of university.

The couple split in April 2007, however, in October they were back together.

Prince William proposed to Kate Middleton with his late mother Princess Diana’s engagement ring in October 2010. The couple were holidaying in Kenya at the time.

On 29 April 2011 they married at Westminster Abbey with a whopping 26 million watching the event live.

Kate wore an Alexander McQueen dress worth a reported £250,000 on the big day.