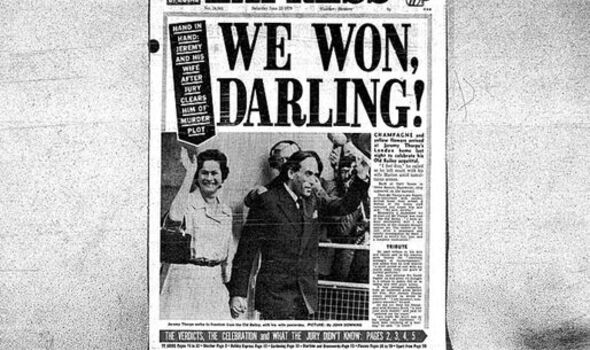 Supported by his wife Marion and mother Ursula, Thorpe threw a lavish party to celebrate his freedom but his political career was ruined by the scandal.

He was diagnosed with Parkinson’s disease shortly after he was cleared of the crime and died in 2014.

61 years ago (1961), the Antarctic Treaty came into effect, setting aside the Earth’s only uninhabited continent as a scientific reserve and banning all military activity.

The treaty was the first arms control agreement between the superpowers established during the Cold War.

37 years ago (1985), Air India Flight 182 en route from Montreal, Canada, to London exploded in mid-air over the Atlantic Ocean, killing all 329 on board.

The investigation revealed Sikh extremists had smuggled a bomb on to the plane. It remained the deadliest act of aviation terrorism until 9/11.