Kristen Hayes, the widow of NHL star Jimmy Hayes, spoke out about her late husband for the first time since a medical examiner’s report revealed the cause of his August death.

“I was so certain that it had nothing to do with drugs,” the mother of two told the Boston Globe in an interview published on Sunday, October 17. “I really thought it was a heart attack or anything that wasn’t that [drugs]. … It didn’t make any sense, so it was hard.” 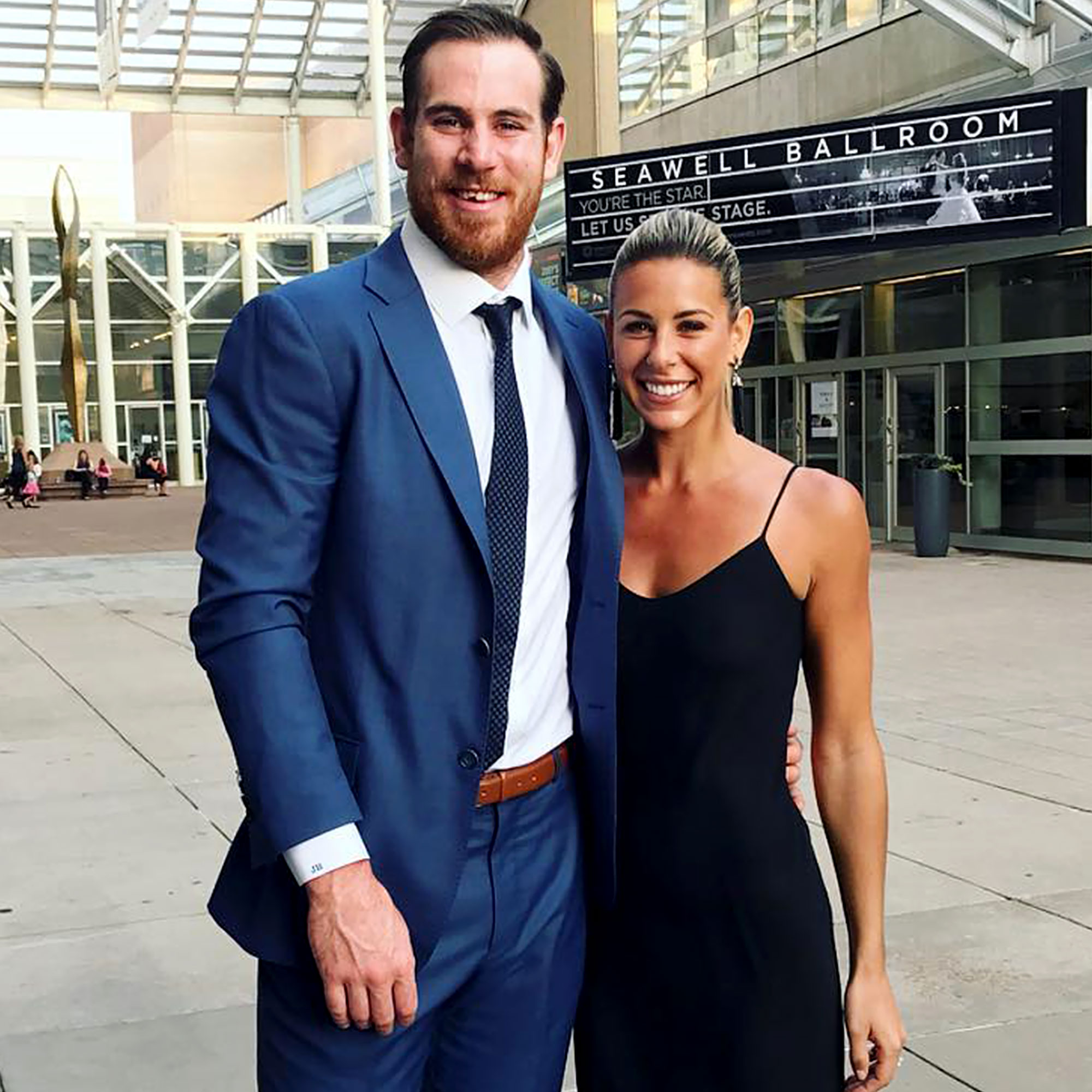 The former Boston Bruins player died at age 31 on August 23. Nearly two months later, the Massachusetts state medical examiner confirmed to E! News that the cause of his death was “acute intoxication due to the combined effects of fentanyl and cocaine.”

Celebrity Health Scares Through the Years

The couple, who share sons Beau, 2, and Mac, 5 months, tied the knot in 2019. One month after Jimmy’s death, Kristen posted a carousel of photos of the family via Instagram to commemorate her late spouse.

“Today is one month without you,” she wrote in September. “I could sit here and write about how this has been the hardest, worst month of my life, but what good would that do? Instead, today, I look back on this month and am in awe of how strong myself, the boys and our families have been. Our lives were turned upside down. Words can’t even come close to expressing how much I miss and need you so I’m not even gonna go there on here, but damn this sucks.”

Jimmy’s father, Kevin Hayes, told the Boston Globe that he himself was in recovery and began worrying last year that his son may have been dealing with addiction.

Most Shocking Celebrity Deaths of All Time

“About maybe 16 or 17 months ago, I saw a little change in Jimmy’s behavior, and I went to him, and I said, ‘I think there might be a problem here with pills,’” Kevin told the newspaper. “He had had an injury for a while, and I think he started taking the painkillers, and they get you.”

According to Kevin, Jimmy called him three weeks after that conversation and told him that he had become “hooked” on pills. “And I said, ‘Well, let’s get you some help,’” Kevin recalled. “He went to a place up in Haverhill. So he gets help, and everything was on the path to recovery, I thought. But this [expletive] is so powerful.”