January Jones claps back at criticism over makeup-free look

January Jones has ditched her “NASCAR-esque rebranding” for a Betty Draper-style aesthetic.

The “Mad Men” actress, 44, shared a new snap of herself rocking a baby pink bikini with matching accessories including a necklace from Ivy Diamond Cole jewelry and earrings from uncommon matters.

She topped off the beach look with Linda Farrow sunglasses ($426).

“⚠️TOXIC FEMININITY⚠️ Apparently you guys didn’t appreciate my attempted Nascar’esque rebranding so here ya go,” she captioned the Instagram post on Saturday.

It seems Jones was referencing some recent snaps, in which she appeared to change up her usual aesthetic in favor of cutoff shorts, trucker hats, and colorful shades.

However, it’s not clear what she meant by her caption, as most of the comments on her post were positive. 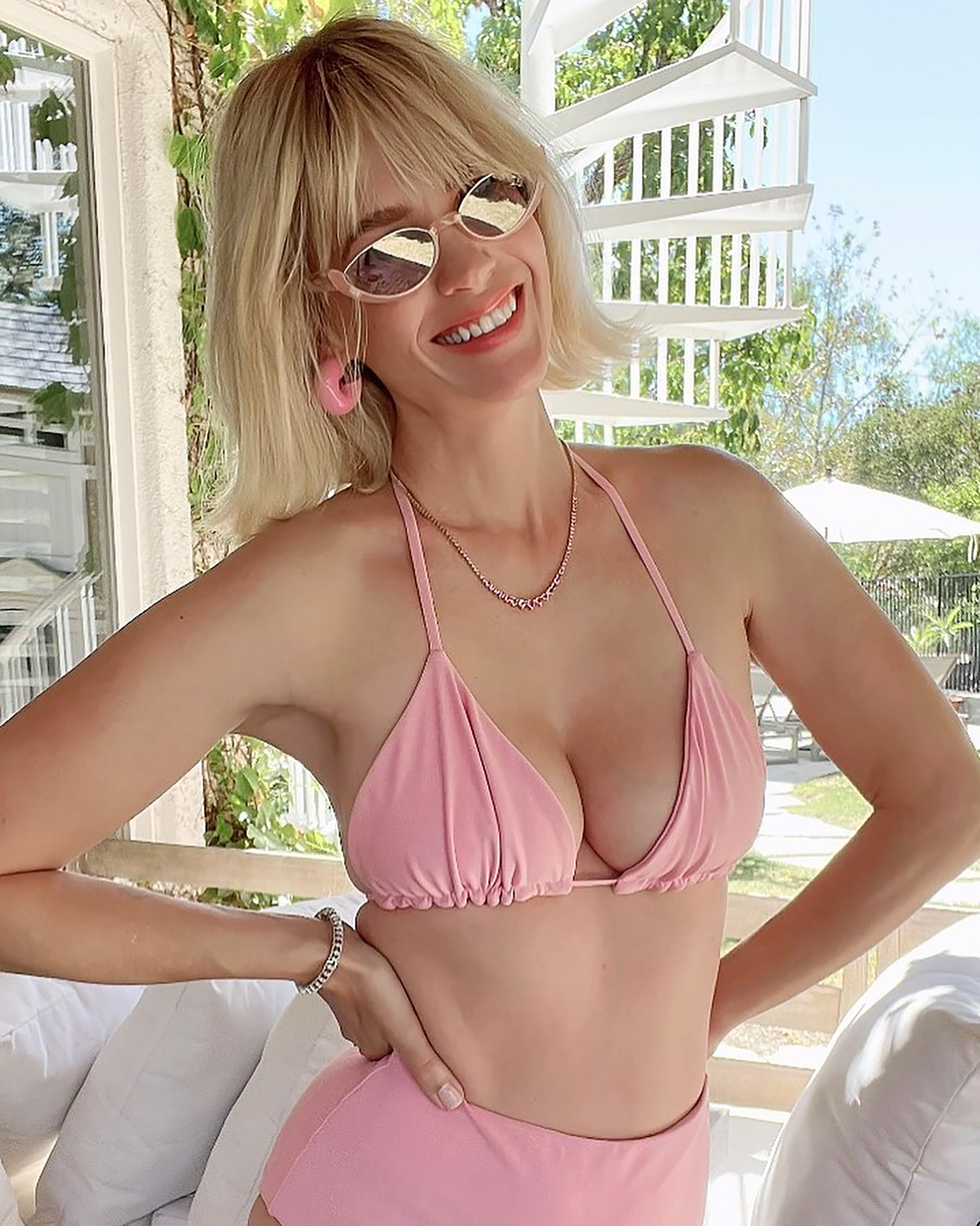 “#BigDadEnergy I’ll take your cute girl with a fast car pic and raise you,” she captioned a photo last month, which showed her posing in front of a red McLaren, and donning a backwards cap with New Balance sneakers.

“Oh my gosh amazing 😍😍,” one follower commented, while another referenced her iconic turn in “Mad Men” opposite Jon Hamm’s Don Draper. 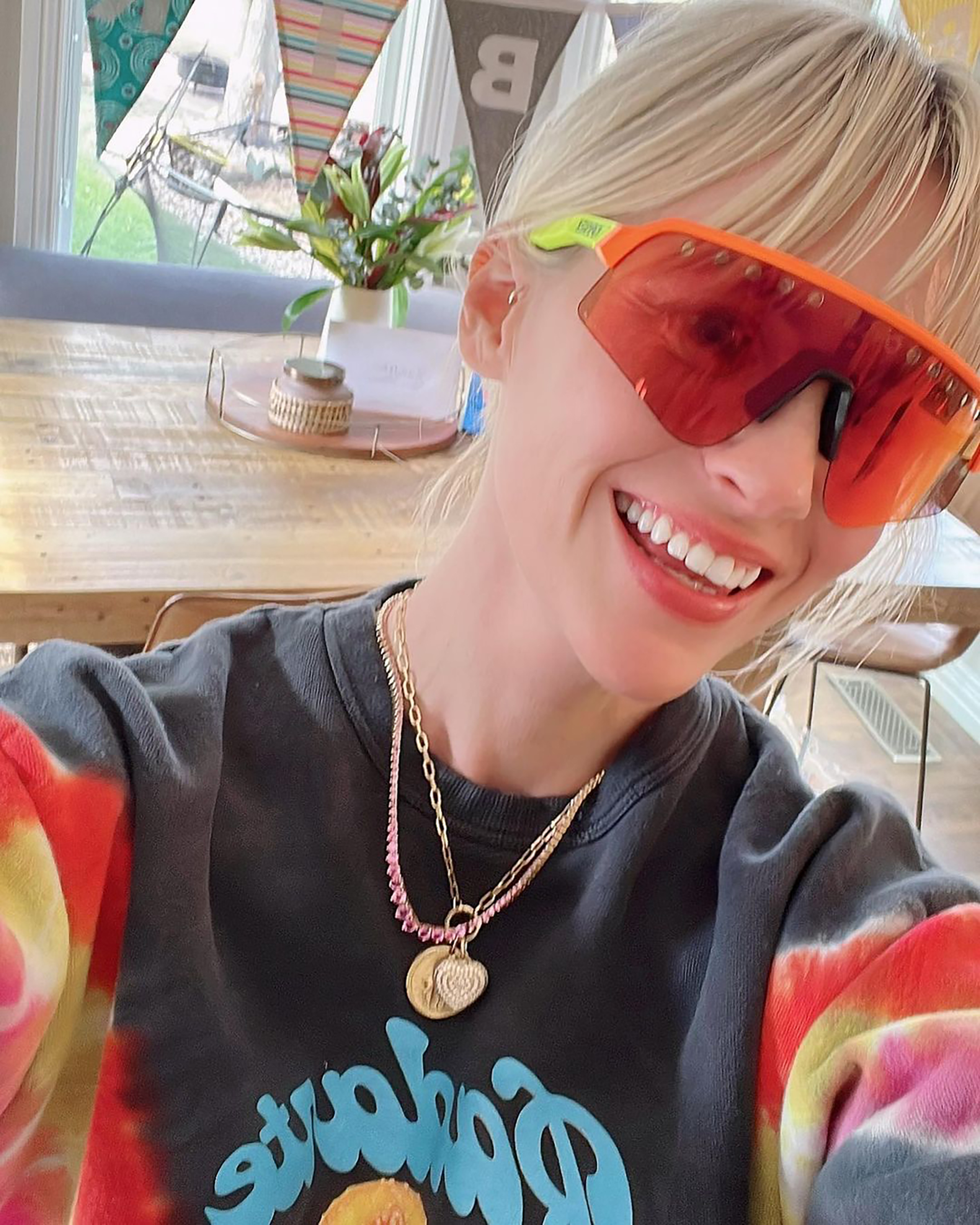 A third fan chimed in, “Looks perfect with the perfect 80’s mom outfit❤️.”

The mother of two also used her social media platform earlier this year to clap back at trolls who criticized her makeup-free posts.

Jones has traditionally worn more feminine ensembles — a stark contrast to the trucker hats and sneakers she has donned recently. 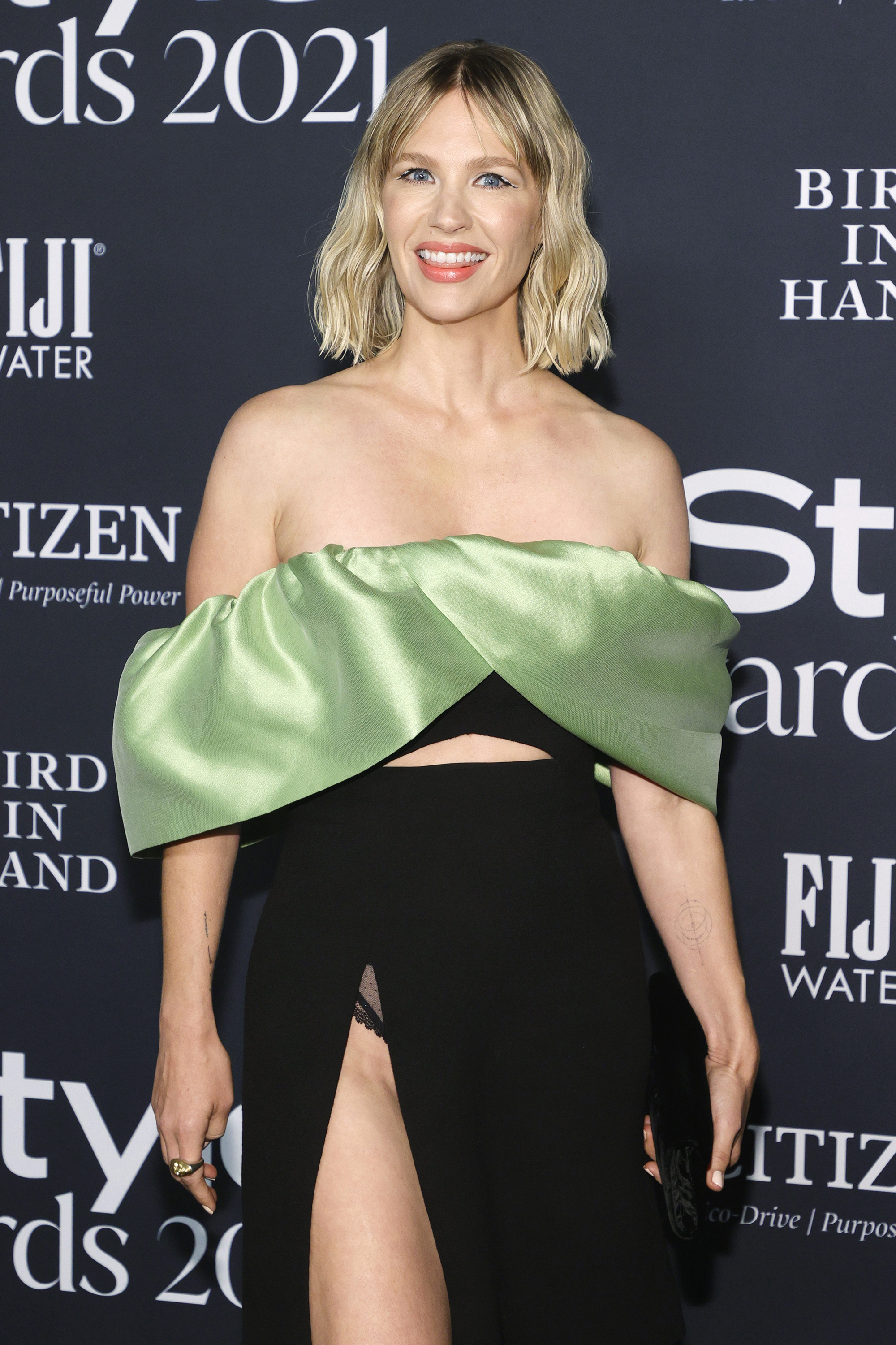 Jones has traditionally worn more feminine ensembles — a stark contrast to the trucker hats and sneakers she has donned recently.