The emails began with a trickle but quickly resulted in a flood: missive after missive from women who veered away from traditional societal constraints to open up their relationships to include others.

I’m not sure why I was so surprised by the volume of responses I received to my call-out for this story; according to a survey by Ashley Madison (a dating site for people who are married or in relationships), 26 per cent of married women – a cross section of site members and non-members – claim to be in an open relationship. Curiously, more females (56 per cent) within the survey reported feeling fulfilled with their open monogamy agreements compared with their male counterparts (36 per cent). 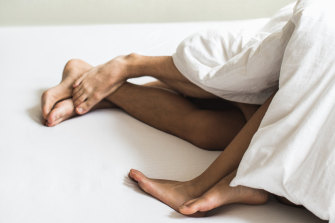 Open relationships and polyamory are on the rise globally.Credit:Stocksy

Open relationships (where one or both partners have a desire for sexual relationships outside of each other) and polyamory (a desire to have intimate, loving relationships with multiple people) are on the rise globally, confirms Bruce Alexander, founder of dating app PolyFinda.com. “Having more than one partner isn’t as taboo as it was as little as five years ago, plus we’re finding the younger generation is far more fluid and accepting of lifestyle choices that aren’t in line with the traditional model we were all sold,” he explains.

Kelly*, a 58-year-old business owner, has been married for more than 20 years. Three years ago, she met her boyfriend through Ashley Madison.

“My husband and I have just celebrated our 22nd wedding anniversary but I stopped sleeping with him in 2010.

It isn’t that we don’t care for each other – he’s a kind man who takes care of our family – but he’s 15 years older than me, and I just don’t feel sexually attracted to him. Let me put it this way: you can love someone as an integral part of your family unit, but that doesn’t mean you love him as a partner. As a result, I spent many years of our marriage gaining weight, losing confidence and feeling undesirable.

Although I’d long believed I’d lost interest in sex, that all changed just over seven years ago when my friend’s husband hit on me at a party. Not exactly the best situation to be in but it made me realise what I was missing. I was intrigued by the feelings of arousal I was having and decided I would clean myself up. I worked hard to lose weight, began paying attention to my hair and nails, and started wearing sexy clothing again. Then, when I knew I was ready, I approached my husband and said, ‘We can do one of two things: we can live separate lives under the one roof and sleep with other people, or we can get a divorce.’ He ultimately agreed that as long as I was discreet and set perimeters that he would look the other way.

Straight away, I set up a profile on Ashley Madison. Initially, things were casual and I agreed to my husband’s conditions that I never bring any of the men back to our house, but just under three years ago I met a guy who’s since become my boyfriend and he’s at my house every week when my husband’s away. He’s married, too, so we have to be rigid with our plans; he comes to my house for sex every Wednesday and occasionally we’ll see each other for lunch on weekends if we can get away. My husband knows I have a boyfriend, but we just don’t talk about it.

“My husband and I have just celebrated our 22nd wedding anniversary but I stopped sleeping with him in 2010.”

There are pros and cons to living life this way. On the plus side, I’m getting a lot of sex, so I’m happy. I’m almost 60 and back to wearing bikinis because I take so much care to be toned and look good. When you’re happy, you tend to put more effort into everything you do, so, as a result, my business has also really taken off. The downside? I’m in love with my boyfriend, but I know that outside of our dates I can never have more than that. He’s a dedicated family man who’ll never leave his wife and that hurts. In a way, I can understand. Despite what I’m doing, my responsibility is to my family, too, and only once they’re taken care of do I take care of myself.”

Grace *, a 31-year-old doctor, was in a monogamous relationship for three years before she agreed to try polyamory.

“I’d only had one serious relationship before I met the woman I believed was my soulmate. I was 24 and we fell in love so quickly and heavily we were discussing marriage soon after we met. The first three years were monogamous, but everything changed after she went overseas for a breast augmentation. When she came back, she made it clear she wanted to ‘ho around’, as she put it. Having lived through a recent trauma, I was asexual at the time. I didn’t want to have sex with her, so I figured it couldn’t hurt if she slept with other women, as long as she remained faithful emotionally. How wrong I was.

Within a month of having the initial polyamory conversation, we started dating other women, but it was far from what I expected it would be. I quickly realised I didn’t want to be dating other women, but sadly, she just as quickly found herself a new girlfriend – plus a few others. Initially I tried to set boundaries, asking her to limit the number of people she saw on the side and to refrain from calling any other woman her ‘partner’. We agreed it would be ‘ethical non-monogamy’ rather than straight-out relationships with others, but soon I realised I was working all the time to fund our lifestyle while my fiancée, her girlfriend and her submissive did whatever they wanted.

At the point where my fiancée had three other partners, plus casual sex partners, I finally crumbled. By this stage, our wedding date was fast approaching but I would lie in bed, crying, as I thought about her relationships. Frequently, I would tell her how unhappy I was with our situation and how I couldn’t see us continuing like this in our married life. She would only put her hand on my back and say nothing as we lay in bed at night. Despite that, it was only when she said that she never wanted children that I gathered my strength to leave. I knew I still wanted a loving partner and a family of my own but that she could never be the one to give those things to me.

“At the point where my fiancée had three other partners, plus casual sex partners, I finally crumbled.”

I’ve seen polyamory work and I remain supportive of it as a relational modality for others, but I now know it’s not for me. If this experience has taught me anything, it’s that I’m a committed monogamist. I want to grow old with one person and one person only.”

Emily*, a 48-year-old accountant, was shocked when her husband of 17 years asked to open their marriage to include others. She now says it was the best move they could have made.

“My husband and I had been married for almost 20 years when he announced he wanted to open up our marriage to others. Until that point, we had a traditional, monogamous relationship and were co-parenting a young family, but he had recently gone into remission from cancer and had had some sort of epiphany. He told me over dinner – quite nervously – that he didn’t want to spend the rest of his life wondering, but to take every opportunity to ‘seize the day’. He said he’d always felt an attraction to other women and wanted a chance to explore his curiosity – with my permission.

I was horrified initially, but over the next six months we revisited the topic time and again. After a while, however, I, too, grew curious. Like most mothers, I had put myself on the backburner and I longed to return to the carefree, curious person I used to be. I did plenty of reading on ethical non-monogamy, sought counselling and eventually agreed to go to a facilitated party to check out the scene. Intrigued, we went to a few more and decided we were both ready to play with other people.

The transition from monogamous to polyamorous six years ago was surprisingly easy. Shortly after that last party, my husband and I both formed deep and loving relationships with other people and, although we date separately, we all hang out together from time to time. We go to events, play board games … that’s all normal now. Although it was tough explaining it to the kids initially, they’re used to the set-up and enjoy the company of our respective partners.

“Although it was tough explaining it to the kids initially, they’re used to the set-up and enjoy the company of our respective partners.”

Opening your marriage to include new partners has its challenges and its benefits. Obviously, our commitment to our family always comes first, and to help that my husband and I have become much better at communicating our needs to each other. My husband has a regular night that he goes to his girlfriend’s each week and I have date nights, too, but we’ve structured our dating lives around our children so our family life isn’t compromised.

The downside was that we were outed to our parents, courtesy of a poison letter – and some photos – in their letterboxes. It was challenging but ultimately it’s allowed us to be free and live our most authentic lives. I realise [polyamory] is considered far from ‘the norm’ but we’ve never been happier. It’s given us a wonderful sense of family and connection.”

* Names have been changed.