Welcome to the first edition of Deadline’s International Distruptors, a feature where we’ll shine a spotlight on key executives and companies outside of the U.S. shaking up the offshore marketplace. With the Cannes Virtual Market warming up and July’s physical Cannes Film Festival looming, we’re kicking off with a deep dive into French cinematic institution MK2.

A few years ago, when brothers Nathanaël and Elisha Karmitz were re-evaluating the marketing strategy for their business MK2, they were discussing company values with their father Marin in their Paris-based office. The brothers, who have run the prominent French arthouse outfit since their father stepped down in 2005, turned to Marin and asked him what the main goal of the company was when he founded it in 1974.

Their father, says Elisha, turned to them, paused, exhaled deeply and then said: “The goal of the company is to resist destruction of the world.”

It’s this resistance to the status quo that has been the driver of one of France’s biggest independent film companies since Marin Karmitz, a Romanian immigrant from World War II, established it more than 50 years ago.

“When you put everything into context from where he was born, where he went and where he was going, it makes sense,” remarks Elisha. “And what we’ve seen in the last year is that the world can be destroyed and the way we live in the world, the way we have social interaction, is something that is very fragile and can be really shaken and put into question. So, I think our goal as a company – to resist destruction – has never been as strong as it is today.”

Cinema purists to the core, the brothers have long been outspoken about the importance of theatrical distribution and cinematic experience as well as the vital need for European arthouse stories. They have a deep-rooted commitment to heritage movies as MK2 has one of the largest classic film libraries in the world with more than 800 titles including works from Charlie Chaplin, Claude Chabrol and François Truffaut. 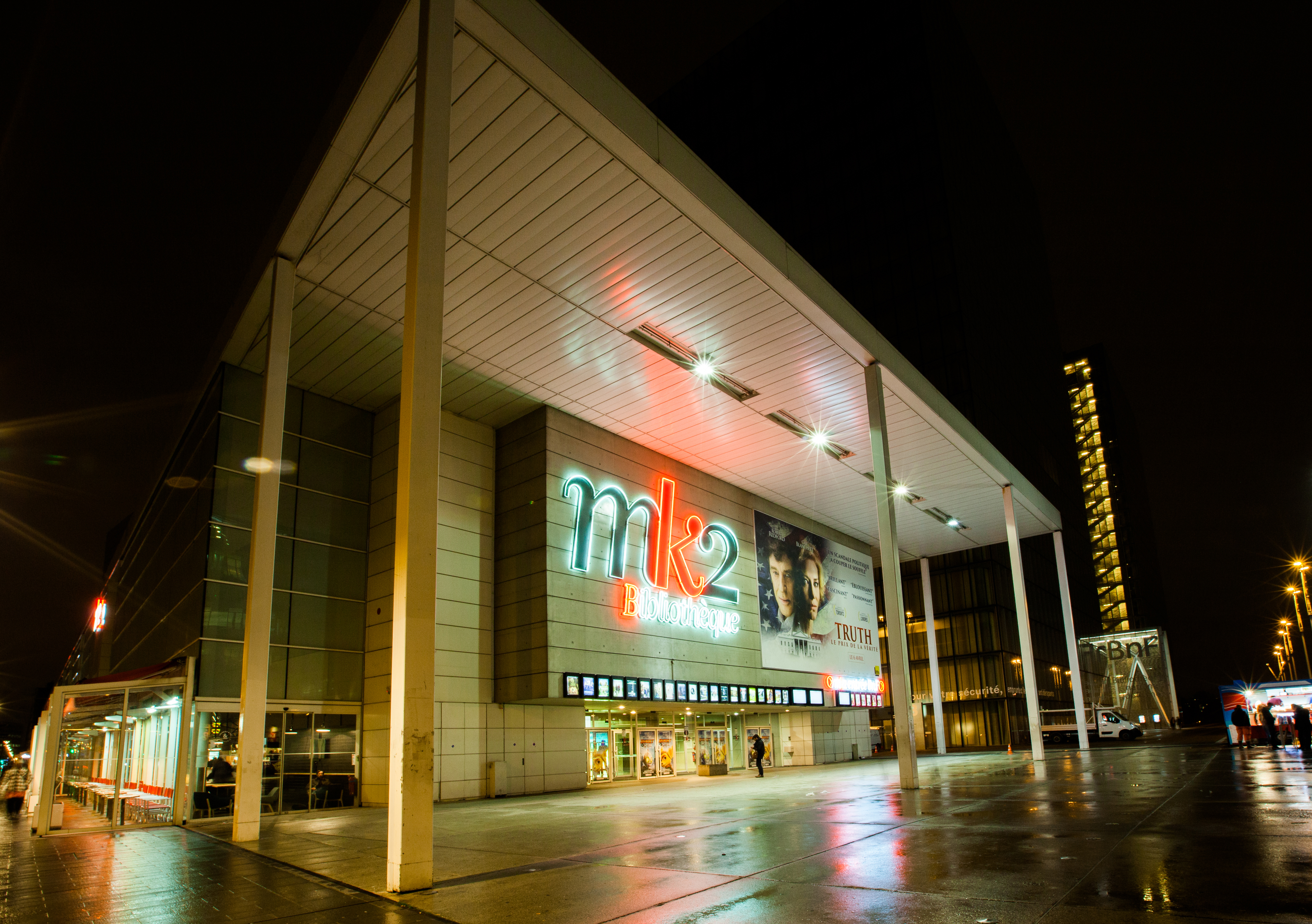 Its international sales arm carefully curates a lineup each year of a mix of established and debut directors from around the world and the company also operates a network of 26 sleek cinemas in France and Spain in addition to offering up virtual cinema events and publishing DVDs and magazines. And there’s a hotel (more on that later).

A regular fixture in the Cannes Film Festival line-up, this year MK2 has six films debuting at the fest: Joachim Trier’s The Worst Person in The World, playing In Competition; Andrea Arnold’s Cow, in Cannes Premiere: Un Certain Regard entries House Arrest from Aleksey German Jr. and Mina Mileva and Vesela Kazakova’s Women Do Cry; and Jonas Carpignano’s A Chiara and Anaïs Volpé’s The Brave in Directors’ Fortnight.

When Covid-19 brought the world to a standstill last year, there was no resting on laurels. Nathanaël and Elisha used the time in lockdown together to strategize what new avenues they could explore to reach local audiences.

“It’s kind of an anti-Netflix proposal,” Elisha says of the platform, which currently has about 50,000 users per month. “It’s a program of five movies every week, very curated, introduced by a speaker who provides information and context around the movies. It’s programming that is done without an algorithm.”

Last year also saw the company kick off its first season of the MK2 Institute, a series of intellectual conferences with the country’s biggest thinkers. A huge success in its first season with a raft of sold-out conferences, the event only firmly established the company’s philosophy that cinema and culture are intertwined.

In October, when the French government enforced a nightly curfew, the company began to offer an 8am screening in its cinemas, to reach early bird audiences. It’s been such a success, the company is keeping the timeslot on the schedule.

“This screening has become even more popular than the 10am screening,” remarks Nathanaël.

Last year, MK2 also inked a one-year deal with Netflix to stream 50 of the company’s classic titles. Although the brothers have been critical of the streaming platform in recent years, the deal, says the duo, represents a change in Netflix’s stance on streaming classic cinema titles.

“I think they [Netflix] just started to understand the local desire for library titles,” says Nathanaël. “We just did our job of licensing titles on a non-exclusive basis for one year. We’ve been doing this with many other companies such as Amazon and MUBI in the past.”

In an extension of its commitment to heritage films, MK2 has launched a large-scale retrospective and exhibition of the work of late Iranian filmmaker Abbas Kiarostami, which is currently on at the Pompidou Center in Paris. These types of events, say Elisha, are also “a way for the company to resist destruction” and to keep the content in the library alive and accessible to audiences.

“What we learned about this pandemic is that staying home and globalization is not the dream,” says Nathanaël. “Netflix, after nine months, starts to become boring creatively…we are about content. Netflix is a great distributor and, like Disney, like Amazon, they are the new globalization of distribution. A super home cinema and thousands of movies at home doesn’t change the fact that we love to see each other, we like to kiss, we like to go and eat together and drink together and we like to travel and have life.” 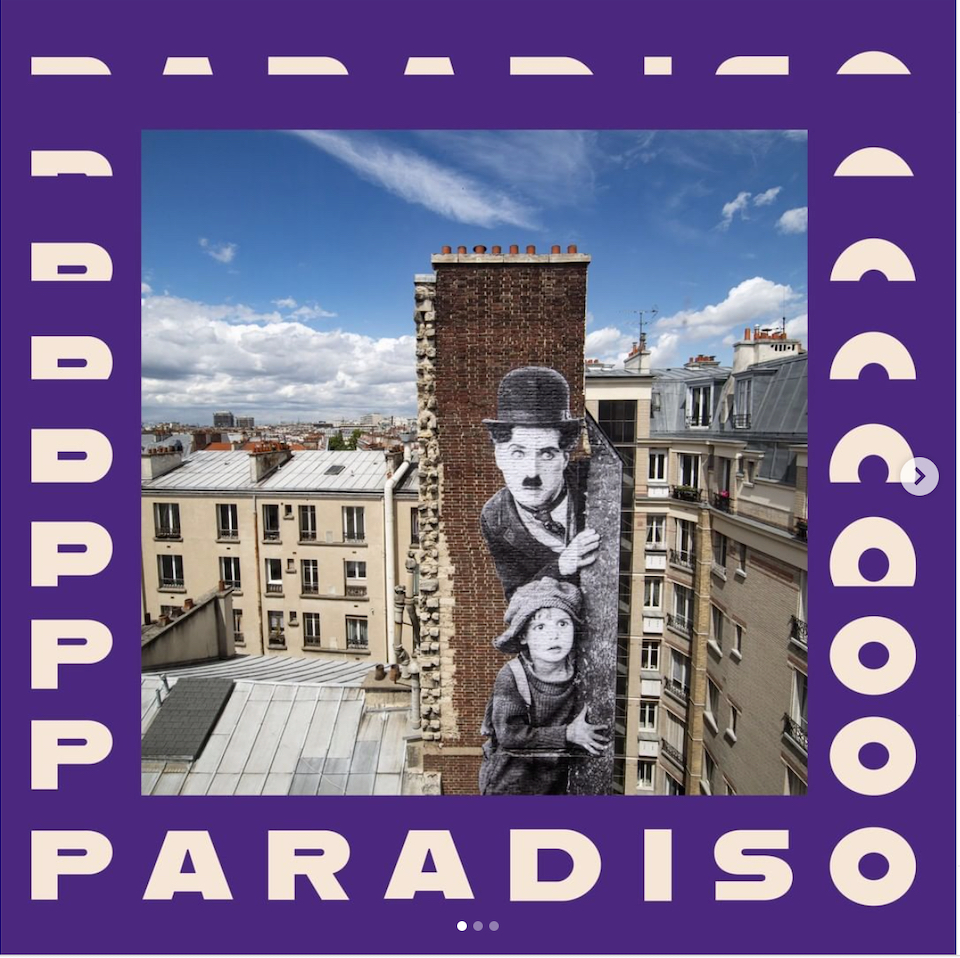 Last month, as France’s borders began to open up for travelers, the duo launched a passion project seven years in the making: Hotel Paradiso, a four-star venue that bills itself as “the first cinema hotel” opened in Paris’ 12th arrondissement. The hotel has 34 rooms each with laser projections and giant screens as well as two suites decked out with private screening rooms.

Located just above MK2’s six-screen Nation multiplex, rooms have views onto huge murals painted by artist JR (a frequent collaborator of Agnès Varda), depicting Charlie Chaplin and Harold Lloyd. The Paradiso brand also aims to create life experience around cinema. When it first opened, the hotel was at around 95% occupancy and now is around 80%, good numbers given the international travel restrictions still in place.

“The idea for us was to give tourists coming to Paris a real taste of Parisian life, done by Parisians for everyone” says Elisha. “And not a taste of Emily in Paris, which has nothing to do with our life.”

As the world slowly navigates its way out of a global pandemic, so too are the brothers focused on getting back to curating cinema and the shared experience it brings. They continue to be void of the frenzied anticipation some contemporaries have as the business awakens to the dawn of the streaming wars.

“We’re very confident about the future,” says Nathanaël Karmitz. “The streaming world is a repetition of what the world has already known. This industry gets a major impact in distribution every 20 years or so. It started with black and white to color, silent to sound, VHS to DVD, TV to pay TV. Streaming is a globalized version of pay TV.”

Elisha agrees. “We see that there are challenges but this is part of the cinema DNA. There is so much content and so many creators out there and there is always a way to find something new and find your audience.”