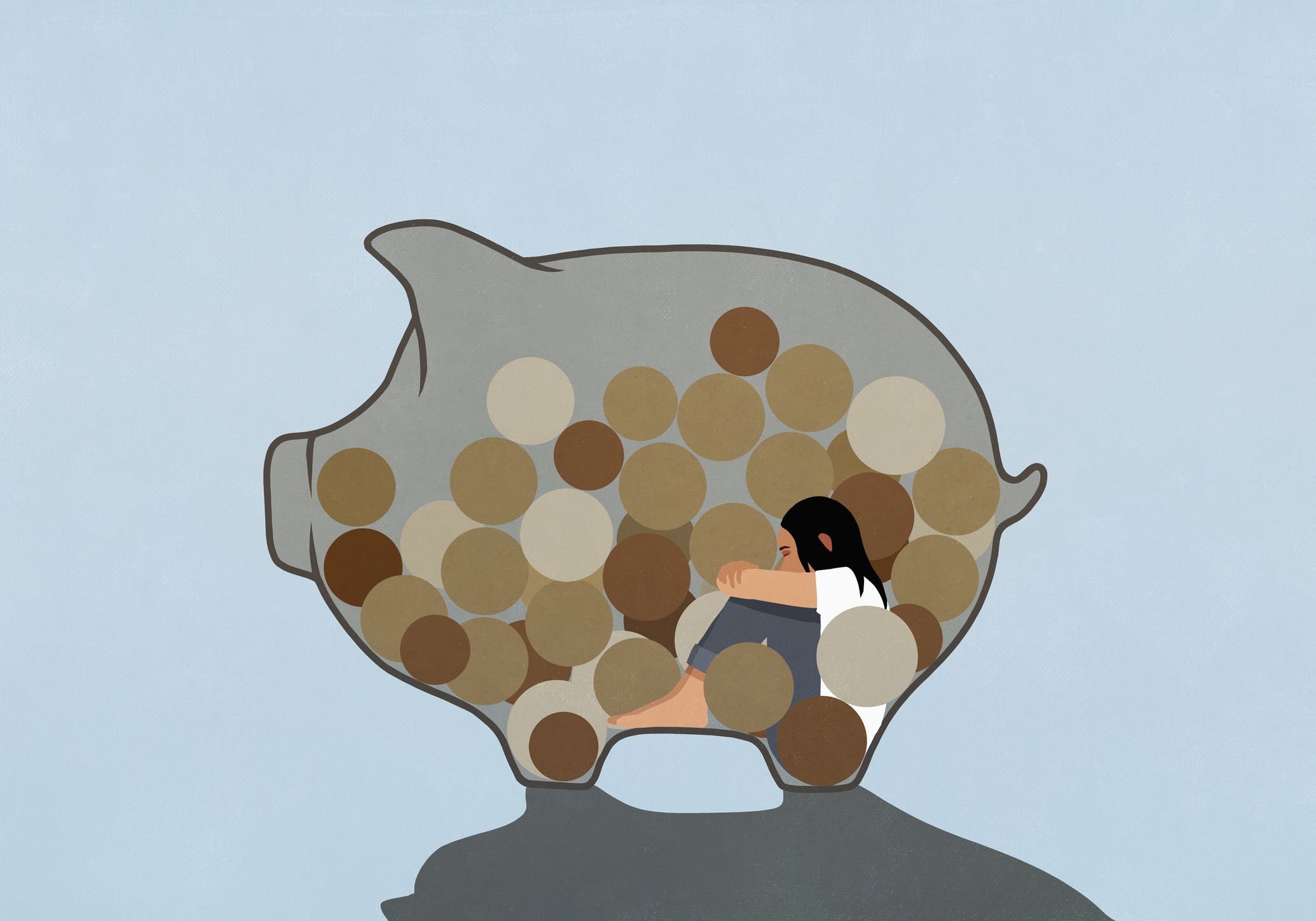 As a child, I thought that by the time I turned 20, I would be living my best life.

I expected wild parties, glam outfits, big groups of friends, my own place.

Everything is pretty stressful – that’s the simplest possible way to put it. When I turned 14, I didn’t have the best relationship with my family and I was put into respite care for what was supposed to be a weekend. Except, it ended up being four years.

When I turned 18, I moved into supported accommodation while I waited for council-led social housing – it was essentially like a hostel for people in need. After years of being in care, with little stability or independence, I thought my problems would finally be over and I could start living the life I deserved. How wrong I was.

I’d never had to house myself before, hadn’t learned in school about bills that needed paying, or about the benefits system.

When I moved in, I had a part-time job in a restaurant to tide me over, but I was told by housing officers that I could sign onto housing benefits and Universal Credit, which would pay my rent.

Rent was close to £900 a month for a room in shared accommodation and shared facilities with three other people. I had just turned 18 and I thought the price was shocking at the time, but I simply had no choice. If I chose to find my own place in London, I’d lose my place in the long queue of those waiting for social housing.

It wasn’t until a couple of months later, when I was served an eviction notice for being over £2,000 in arrears, that I realised I’d been lied to. It was only then that I was told I couldn’t work and claim benefits, even if I was on minimum wage. The housing company was now charging me for full rent – and I simply couldn’t afford it.

All this time I’d believed that my housing benefits would cover my rent, but because I was on a mere 16-hours week minimum wage contract, it counted as work – and I was no longer eligible for benefits.

I had to pay back my arrears in full, or I’d be kicked out with nowhere to go.

At that time, around 80% of my earnings from my part-time job just about covered my rent, not to mention the new debt I was in. I simply couldn’t afford to eat, or live.

I felt ashamed, having to borrow money off friends, hoping that they would invite me over for dinner just so I could get something to eat

I knew that in order to make ends meet, I’d need a better paid job. So, I reached out to my local Job Centre coach who then helped me find a 6-month long position working with the Local Authority.

Making me around £1,300 a month, the job allowed me to pay my rent as well as bills including gas, electricity, and my phone, however, not leaving much disposable income.

For me this was unacceptable and I decided to take on an additional job at a bar. In reality, however, I needed to work three 10-hour-long night-shifts in a row, to earn enough to live on.

As far as I understood, I’d live in the hostel for a few years before finally securing a place of my own. I was impatient, but extremely hopeful for the future. To finally have my shot.

When the time came to move, I felt cheated as I was actually not offered my own place, but instead given another room in another shared accommodation with five other young people.

The place was no cheaper than the old one and I remember a time when the cooking facilities were not working for over a month.

I felt ashamed, having to borrow money off friends, hoping that they would invite me over for dinner just so I could get something to eat. I even temporarily took on another job at a restaurant, skipping sleep in the hope that I’d get a free staff meal.

But even in these uncertain and challenging times, I was able to keep up hope. My contract with the council was extended and I still felt energetic enough to continue working night-shifts for three or four days a week at the bar. Sometimes I’d get home at 7am, and have to work a full 9-5 shift hours later, before getting back to the bar at 9pm.

For a year, while I paid off my debt just to have a roof over my head, I was the lowest I’d ever been mentally. I lived off the bare minimum. I couldn’t afford to get the bus to see friends, or celebrate their birthdays. If it wasn’t free, and within walking distance, I wasn’t going.

Slowly but surely friends ditched me. I was only 19, and working myself into the ground to survive. As I stared at the same four walls, I started to ask myself if it was even worth it.

Now, I live with five other girls who are living their best lives. The one I should have now. They’re going out, partying all day and night, and I spend most of my time in my room alone – barely sleeping.

I’m hoping to be placed in private accommodation, in my very own place this year. But at what cost to me and my mental health? Only time will tell, but right now I’m already so drained.

I don’t know how I’m going to cope with the cost of living going up, I can barely live comfortably as it is now.

What I do know is that I’m furious about the misconceptions of young people being lazy, with skewed perceptions of work. The system doesn’t work in favour for people like me, so how will I ever be able to afford a house, or even a flat when I can hardly afford to fill my fridge?

Yes, I could quit both jobs and be on benefits, but then that would make me lazy and a ‘scrounger’ in people’s eyes. I literally cannot win.

I hope to be able to afford therapy in the future, but I refuse to let it get me down right now. Yes, times are tough but I’m positive. Motivated, and hopeful.

I am a testament to the hard-working, driven nature of young people, but I am sick of being ignored and treated as if I am a snowflake.

How much more do we young people need to sacrifice to prove to you that we are worthy?

I’m proud to say that I’ve been able to start my journey towards a more fulfilled life and am currently waiting to start my new job with the civil service. I know that I’ve worked very hard to get to this point but am very grateful to all the people who have helped me along the way; especially Drive Forward Foundation, who support care-experienced young people like myself into sustainable careers.

In the next 10 years, by the time I’m 30, I hope to study to become a social worker – to help educate and represent children like me who were once in care and now floundering in the real world.