A MUM has been left “traumatised” after waking up from a coma days after childbirth, thanks to medics missing the signs of a killer disease.

Shelly Young, 33, had sepsis after giving birth to Maxwell, but she failed to be diagnosed or treated quickly. 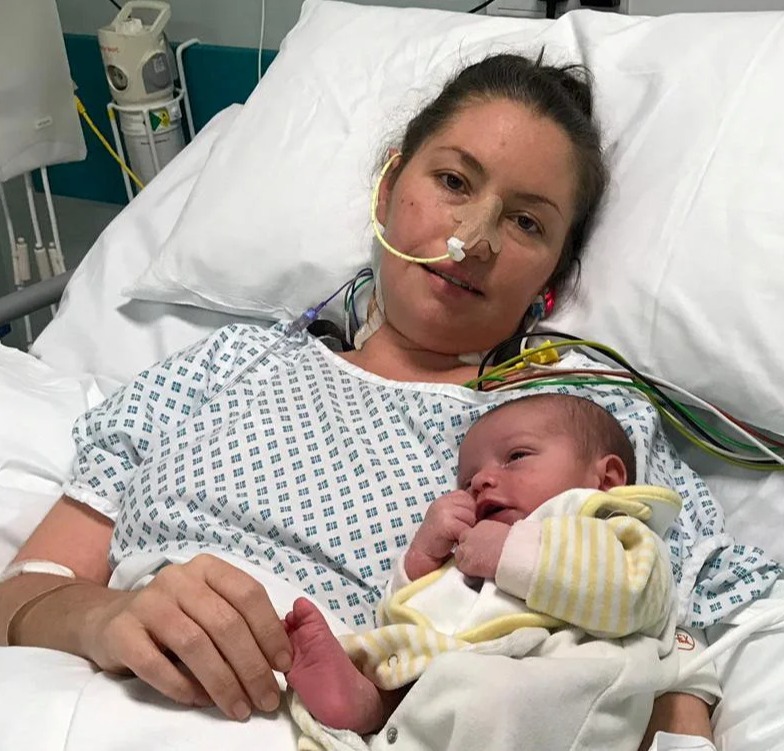 Despite the events happening two years ago, she still battles constant pain, including in her chest, and muscle spasms and weakness.

She has been diagnosed with PTSD, post-intensive care syndrome and post-sepsis syndrome.

Shelly, who is married to Kyle, aged 33, said: “What should have been a happy time for me and Kyle has been totally overshadowed by everything that happened to me.

“It should have been such a special and precious time getting to bond with Maxwell.

“Instead I was in a coma in intensive care fighting for my life.

“I can only imagine the pain Kyle and the rest of my family were going through at that time."

Shelly, of Thatcham, Berkshire, added: “While it’s nearly two years ago I continue to be very upset and traumatised by what happened. It’s still hard not to get angry and emotional.

“However, in a way I know I’m lucky as I’m still here with my family and things could have worked out very differently.”

Shelly, who has three other children, Olivia, Freddie and Alexander, gave birth to Maxwell on 13 November, 2019.

She needed surgery to remove the placenta but was able to go home the following day.

On 16 November a community midwife visited Shelly at home, when the mum complained she was struggling to walk and was in incredible pain.

She said she was violently shaking, had a high temperature and was very confused – all signs of sepsis, along with slurred speech, muscle pain, passing no urine, severe breathlessness and mottled or discoloured skin.

There was no evidence that Shelly’s concerns were flagged to more senior staff.

On 18 November, Shelly visited a GP who referred her to Royal Berkshire Hospital with suspected sepsis.

But after arriving at hospital, she didn’t receive intravenous antibiotics for seven hours despite showing red flag signs of sepsis.

The risk of death from sepsis increases by an average of up to 7.6 per cent with every hour that passes before treatment begins, Sepsis Alliance says.

Later that day medics discussed whether Shelly should be transferred to intensive care, but it was decided there was not enough room.

Shelly was taken into the ICU ward two days later after she continued to deteriorate.

On November 21, doctors put Shelly into an induced coma when she was diagnosed with acute respiratory distress syndrome – a life-threatening condition where the lungs can’t provide organs with enough oxygen.

Doctors decided to operate and remove parts of the placenta.

But two days later, they found the suspected cause of the infection and sepsis was an ovarian abscess.

Shelly underwent a partial hysterectomy – removal of reproductive organs – in order to take the ovarian abscess out.

She was in a coma for eight days, until November 29, and in intensive care until December 2.

Shockingly, Shelly lost part of her left ear after developing a pressure sore as a result of an oxygen clip being attached to her ear while in intensive care.

Shelly is keen to raise awareness of the signs and symptoms of the condition and calling for lessons to be learned.

She said: “Sepsis is an absolutely horrendous condition and more has to be done to raise awareness of how dangerous it is.

“I just hope that by speaking out I can help others.”

A serious incident root cause analysis report by the Royal Berkshire NHS Foundation Trust found there was a failure to escalate Shelly’s concerns to a more senior midwife during her home appointment.

The report also said there was a delay in starting her treatment.

Emily Mansfield, the medical negligence expert at Irwin Mitchell representing Shelly, said: “While nothing can make up for her ordeal Shelly hopes she can help make others aware of the signs of sepsis by sharing her story.” 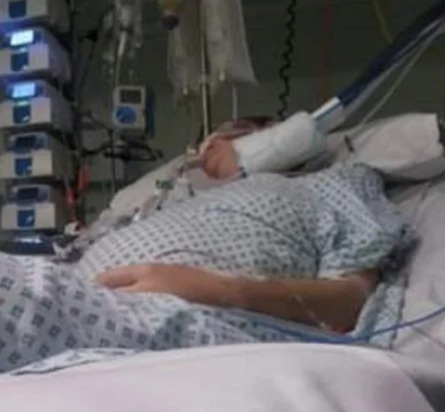 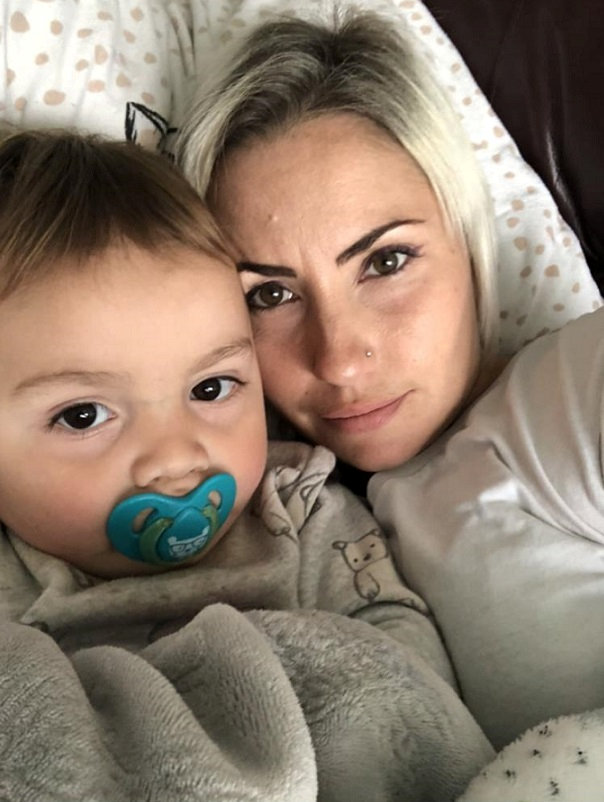