A WOMAN has resorted to using a hairdryer to heat herself by blasting it under a blanket as she struggles to pay her sky-high energy bills.

Catherine Geddes, 28, has been forced to take the extreme measure after rocketing fuel prices made her "anxious" to put her heating on. 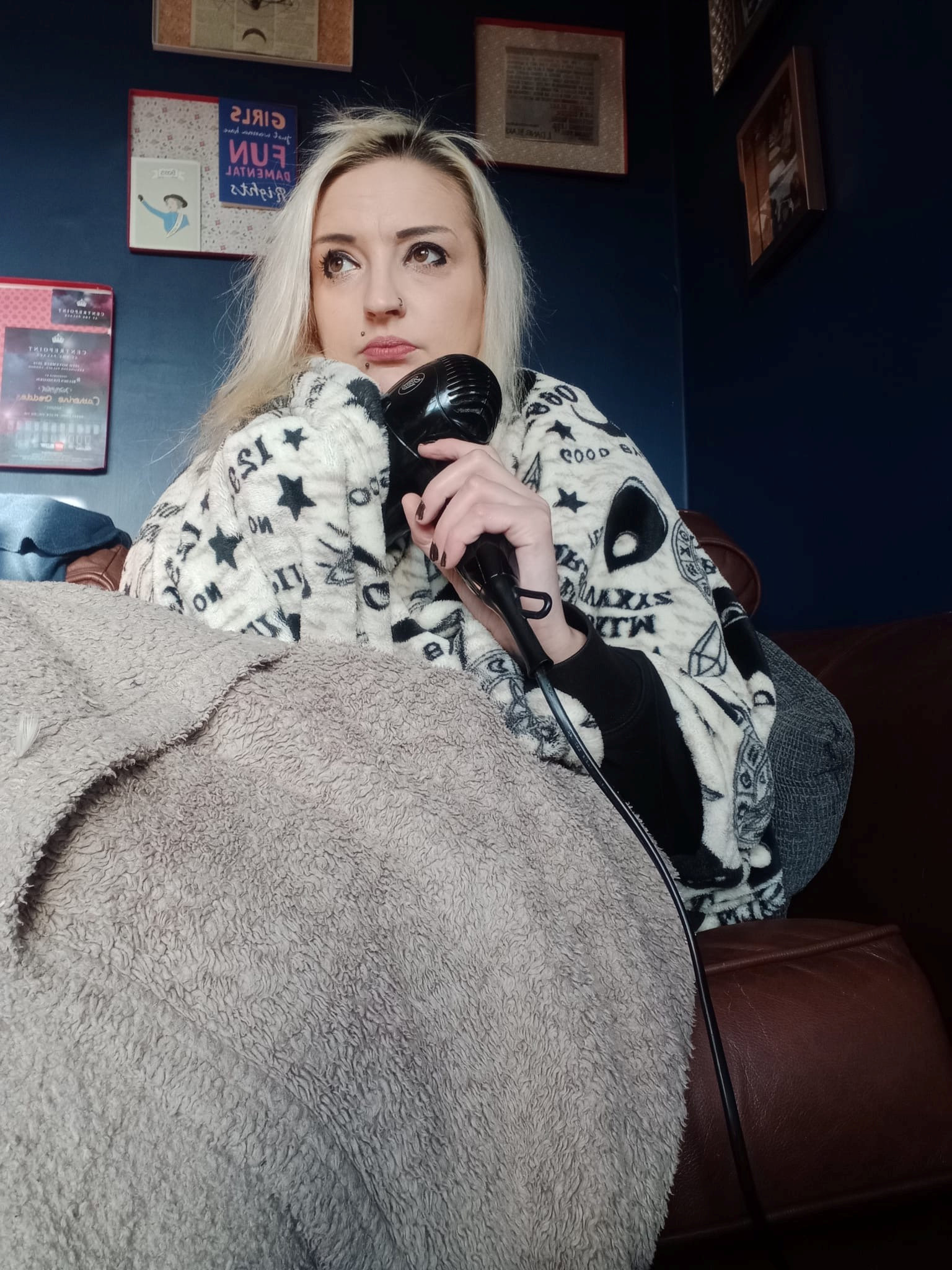 Catherine, from Keighley, West Yorks., said: "I wrap myself in blankets, get the hairdryer and blast the heat under the blanket so it creates a cocoon of warmth.

"I'm the blanket queen. I put two or three blankets on especially when it's cold like it has been this week."

She was made homeless at 16 and doesn't have a family to fall back on – and has been living in housing association accommodation for the past four years.

But she said she feels like she is "just surviving" as she struggles to afford to have the heating on even for just an hour a day.

She spoke as the north of England was gripped in a cold spell with overnight temperature plunging close to zero.

Thousands of homes are still without power and could get compensation, the energy regulator has said.

The 28-year-old added: "I have been homeless from the age of 16 and have been in five psychiatric wards.

"I don't really have stability. I very rarely put the heating on, very rarely. It's just too expensive.

"I'm constantly looking at the smart meter and living in a state of anxiety about the cost. When you just put the kettle on, it goes up very fast.

"We do get winter fuel payments, but my house has electricity and gas, so I need to use electricity to use my boiler, so it's redundant."

Catherine has bulimia anorexia, which makes it harder for her body to keep warmth.

She also suffers from mental health conditions and her only source of income is Employment Support Allowance and her Personal Independence Allowance.

The 28-year-old is left with just £100 after paying her bills, which she has to spend on food shopping, which has also seen soaring prices.

Many people are struggling to cope as rising inflation has seen the cost of living rocket.

Energy bills, groceries and petrol prices have all gone up because of a number of factors including a shortage of lorry drivers, supply chain issues and Covid.

Catherine added: "It's just a nightmare. It's draining, you feel like you can't do anything, I just feel trapped.

"I don't really have family to fall back on. I feel like I'm just surviving.

"I'm on a pre-paid meter for electricity and it charges me 26p per day. If I was on a quarterly bill, I'd pay less.

"I ended up in hospital after a mental health breakdown and didn't pay my electricity bill so they take £3.70 off me every week."

"I put £10 a week in both gas and electricity, it used to last me the full week almost but since the price increase, it goes so much more quickly.

"It only lasts until about Thursday now so I'm having to top it up."

Catherine fears her plight is not unique – and that other families will be plunged into poverty as rocketing prices and benefit cuts squeeze the poorest in society.

Catherine added: "I didn't get the £20 uplift for Universal Credit, but that cut is going to push so many families into poverty.

"Food prices, electricity and gas are going up, it's really scary for people.

"Most people on universal credit are in work, so it will put so many people in work into poverty.

"Insulation in houses needs to be done properly and I believe the benefit system is a lifeline and should be celebrated like the NHS."

For those worried about rising bills, keeping costs down is crucial.

Some government schemes can also help if you are eligible.

The cold weather payment gets you £25 towards your bill if the temperature drops below a certain level.

Low income households can get up to £140 towards their electricity bills with the government's warm home discount scheme.

We've also looked at how much it costs to run an electric heater, a log burner and an electric blanket.

And we've rounded up gadgets that could save you money and the worst appliances to leave on standby.