How to sink a skinful… and not get sozzled: Low-alcohol drinks are booming – but will the new vintage just leave you craving the real thing?

The party season may be in full swing but it seems we don’t always want to get stuck into the festive spirits.

In a recent study, the Office of National Statistics found one in five British adults claims to be teetotal and a survey conducted by research firm Nielsen showed 25 per cent of British adults are looking to moderate their alcohol intake.

As a result, the ‘no-and-low’ drinks category is growing fast, and many pitch themselves as a credible alternative to an alcoholic drink. But can these drinks really pass for a proper tipple? 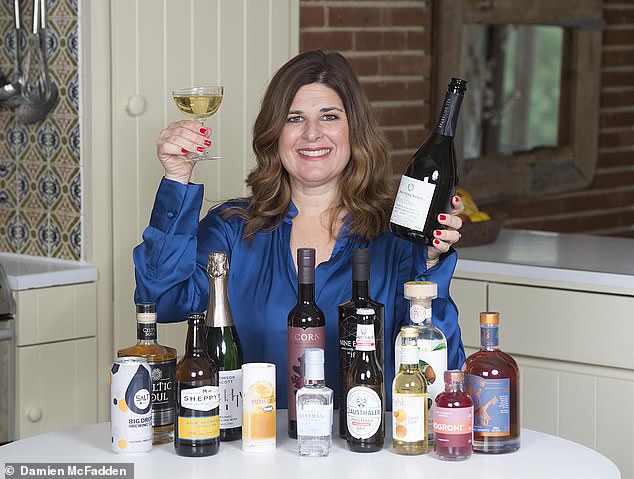 The party season may be in full swing but it seems we don’t always want to get stuck into the festive spirits (Pictured: Helen McGinn)

This drink was designed to be sipped as you might a glass of red. Made from a blend of four different berry juices and 20 botanical infusions, it’s alcohol-free.

Taste-wise, there’s a lot to get your taste buds around, including tannin and acidity, much like you would find in a glass of red wine. It’s no substitute for Rioja or Malbec, but worth a try as an alternative to a traditional vermouth aperitif if mixed with tonic and ice.

For years, ginger beer has been a go-to drink for drivers and non-drinkers. But this is the first pre-mixed ‘whisky & ginger’ without alcohol. There’s plenty of ginger, which helps cover up the fact there’s no alcohol in there. Calorie-wise, it’s about the same as a couple of Quality Street at 78 calories per bottle. A glass of this in hand at a party — in a tumbler with lots of ice and a garnish — will feel more like a ‘real’ drink than most. Even better, you can drink as many as you like and still drive home. 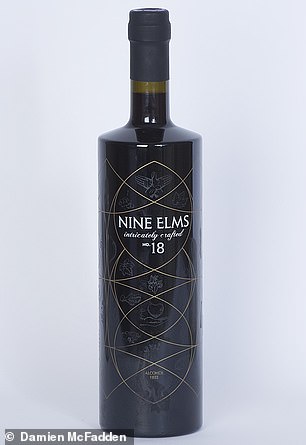 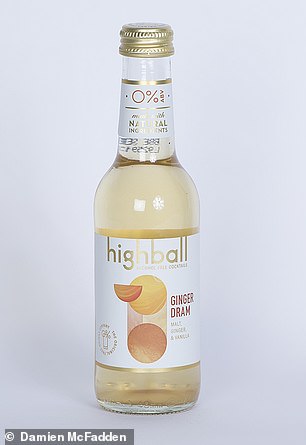 THE GIN THAT WINS

This definitely falls into the low rather than no category. At 43% abv, it’s similar in strength to normal gin but the crucial difference here is that the flavours have been super-concentrated so you need only 5cl of gin rather than the standard single measure (25ml).

It reduces the alcohol to just 0.2 units, a staggering 80 per cent less than your average G&T. The bottle comes with a neat (no pun intended) measure shaped like a thimble. It all feels a bit Alice In Wonderland, but topped up with tonic over ice and a slice, you can’t tell the difference between this and the real deal. While not alcohol-free, you can knock back four of these and still have drunk less alcohol than you would in a standard G&T. Wonderful.

From one of cider’s biggest names, Somerset-based Sheppy’s, this is made from a blend of traditional and dessert apples. There’s something of the Scrumpy about the slightly earthy aromas and taste, which I love that. It’s apple-y with a touch of sweetness (but not too much). At 0.5% this counts as low-alcohol (anything between 0.5% and 1.2% qualifies as low alcohol; below 0.05% and it can be called alcohol-free) so you can drink this all night and still feel clear-headed. 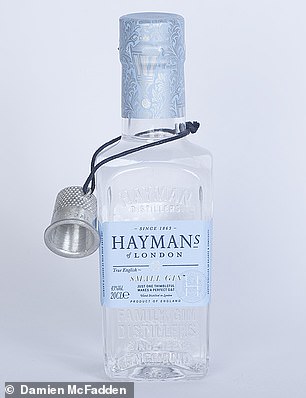 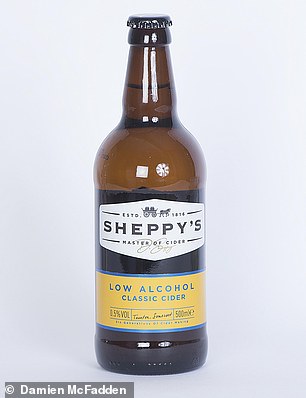 Stylishly packaged, this is an alcohol-free organic sparkling wine made from Chardonnay grapes with the alcohol removed by vacuum distillation. It boasts lower than average sugar at just 18 calories per 125ml glass. Not the most exciting wine you’ll ever drink — it smells slightly grapey and tastes a bit like apples — and it won’t fool proper prosecco lovers. But the bubbles and the bottle make you feel like you’re drinking something more exciting than a soft drink, for sure.

Traditionally, aperitifs are bitter drinks — think of Italy’s classic cocktail, the Negroni — and this newly launched non-alcoholic range means you can now mix a great aperitif at home without the need for booze.

Of the three in the range (there’s also Bitter and Dry) the Aromatic is my top pick, made with vanilla, Kola nut and smoked Cherrywood. Serve it solo and sip like you might a lightly chilled glass of tawny port or mix it with tonic or sparkling water over ice. Definitely one of the more convincing alcohol-free offerings. 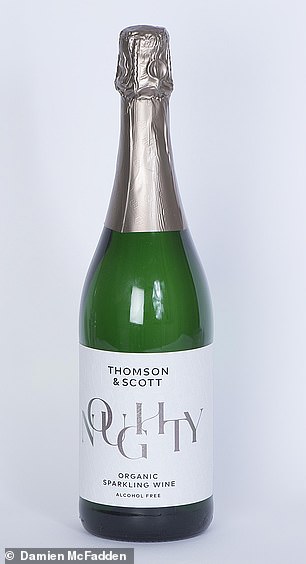 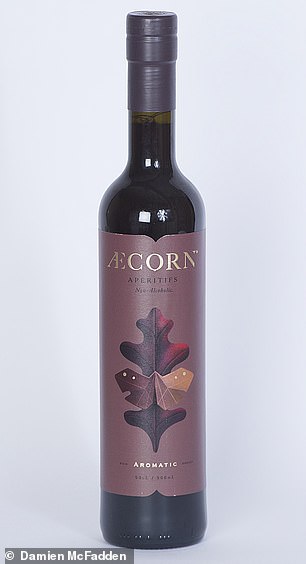 TEA WITH A TWIST

OK, so this isn’t really ‘wine’, more like bubbly cold tea. But it’s so much nicer than it sounds. From the Queen’s favourite grocer, it’s an organic blend of eight different Fortnum’s teas, including Darjeeling, Japanese Matcha and Chinese Silver Needles. Blended with grape juice and made bubbly, it’s a refreshing take on alcohol-free ‘wine’. If I was driving I’d be happy with this.

There are plenty of alcohol-free white spirits but not many have gone to the dark side. This one’s from an Australian producer, Lyre’s, and is a bit like Bourbon but without the alcohol. Flavour-wise, it’s seriously spicy — which helps when there’s no alcohol in there — with toasted nuts and a touch of vanilla. Good enough to drink on its own over ice or for a long drink, top up with cola. Give this to a Bourbon lover and they’ll be pleasantly surprised. 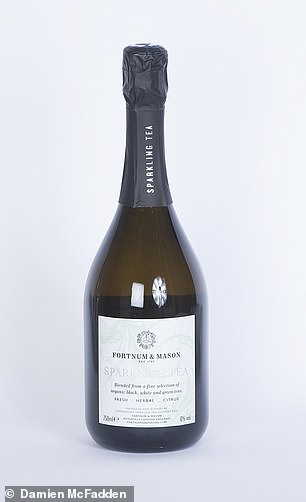 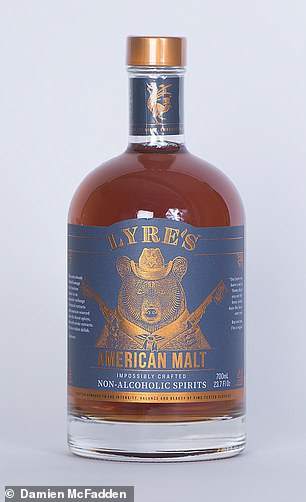 This dark, non-alcoholic spirit doesn’t say whisky anywhere on the label, but with its whisky-coloured liquid in its whisky-looking bottle, it’s pretty obvious what spirit the maker is aiming to emulate. Made from a blend of distilled dark spirits along with vanilla, spice and oak cask wood flavours, on its own you get heat but not much taste, unlike drinking the real thing. But take it over ice and topped up with ginger ale or cola, whatever you prefer, and it feels a little more whisky-like.

There are plenty of non-alcoholic lagers on the shelves, but not many cut the mustard quite like this one. Made by a pioneering German beer producer, they’ve used a controlled fermentation technique to manage the alcohol content, and because it’s unfiltered, the hoppy, malty flavours are left in the brew. So much going on you won’t miss the alcohol (or hangover!). 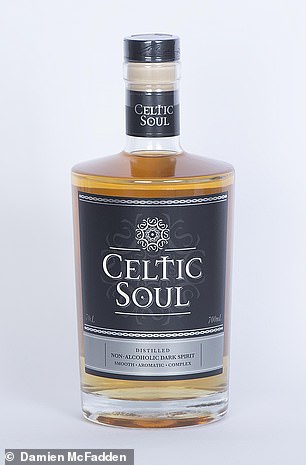 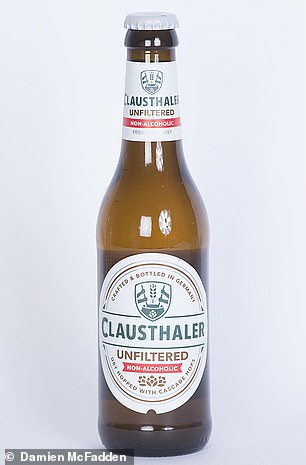 Since a Negroni is one of my all-time favourite cocktails, this non-alcoholic version had some convincing to do. Indeed, it’s a bit strange on first sip, but it’s definitely a grower, and by the third sip I was sold. And unlike so many pre-mixed drinks, the flavours feel fresh and the drink has plenty of body. A bitter, citrusy belter.

If you think a ready-to-drink Irish cream that won’t give you a hangover sounds too good to be true, that’s because it is. Basically this is flavoured milk with coffee, caramel and vanilla but because there’s no booze, there’s no backbone. It’s a bit like drinking melted ice cream — and, frankly, I’d rather eat the ice cream. 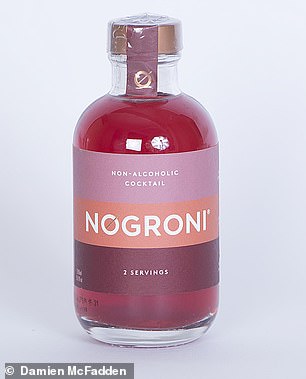 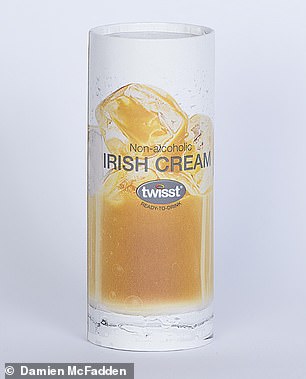 This ultra-low alcohol ‘spirit’ is made with citrus and spice. The label boasts that an Atopia and tonic contains 75 times less alcohol than a gin and tonic. It’s got less kick, too — so it’s unlikely to fool a seasoned G&T lover but the flavours are balanced and fresh.

From one of the leading alcohol-free brewers, this is their first limited-edition selection of craft beers from four different UK producers. A firm favourite is the Lil IPA, so good it could pass as the real thing. 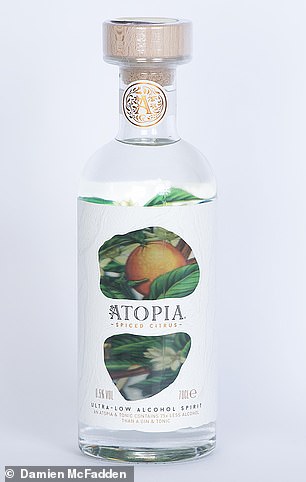 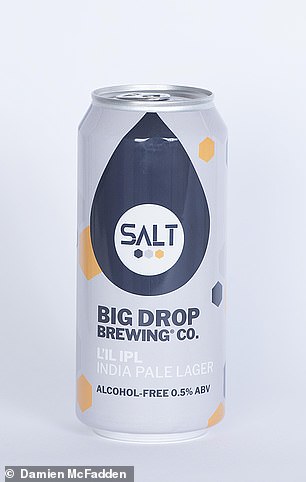