Amid Kourtney Kardashian and Travis Barker’s engagement, Scott Disick has plans to spend Christmas with his ex and kids.

The holidays really are just about coming together, aren’t they? Scott Disick plans to put his feelings aside about his ex Kourtney Kardashian‘s engagement to Travis Barker and will spend Christmas with the family and his kids Reign, 6, Penelope, 9, and Mason, 11, whom he shares with Kourtney. A source close to the family revealed to HollywoodLife EXCLUSIVELY that Scott is going have to “make this work,” as Kourtney and Travis are engaged.

After Travis popped the question to Kourtney, sources close noted that Scott was “distancing himself” from the Kardashians, but ahead of the holidays, it seems like the reality star wants to spend as much time as possible with his kids. ““Travis has made it clear to Kourtney that he will be there for Christmas, whether or not Scott is there. Scott will absolutely be there for the holiday as well, just as he has every year. He loves seeing the kids open presents and Scott knows that he is just going to have to suck it up to make this work because this isn’t a temporary situation,” the source revealed to HL. They also mentioned that the blink-182 drummer has no qualms with his fiancée’s ex. “Travis and Kourtney both are planning to have Christmas parties and if Scott wants to come to the party at Kourtney’s place, he can,” the source said. 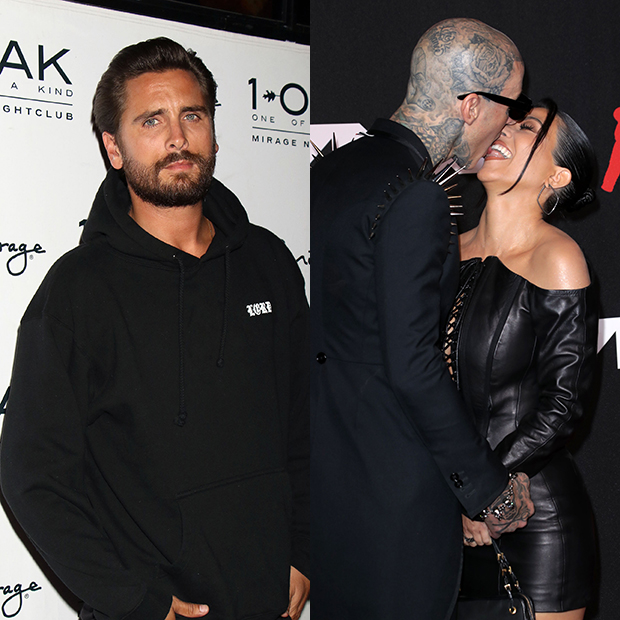 Ultimately, it all comes down to their children. Kourtney and Travis are planning on “blending” their families during the holiday season, and the kids seem to be Scott’s biggest concern also. “Scott knows that their kids get along well with Travis’s kids. He has no problem with that. If the kids are happy, Scott is happy,” the source said. 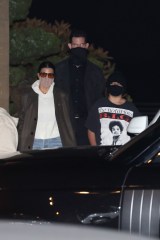 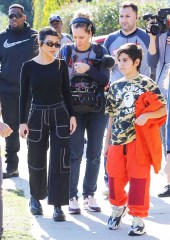 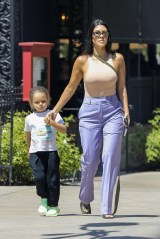 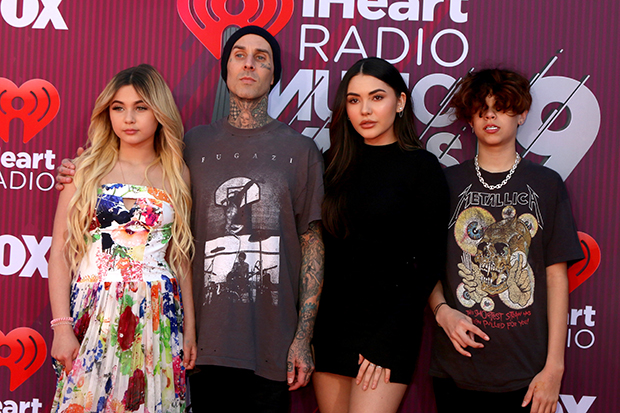 Shortly after Travis proposed to the Poosh founder on October 17, sources close to Scott mentioned that he felt like it was “bitter pill to swallow,” and he seemed hurt that his ex had found a new love. While there may have been some initial shock, his feelings about Kourtney’s relationship with the blink-182 drummer seemed to be better, as a source said he was “really polite,” when he ran into the couple at another wedding. In November, a source revealed that Scott “does want [Kourtney] to be happy.“