BBC and Netflix series Attenborough’s Life In Colour sets out to explore the wonder of nature and its kaleidoscope of colors, but for producers at Humble Bee Films, filming the natural history show was far from black and white.

Executive producer Stephen Dunleavy tells Deadline that soon after production got underway on the project, which unites Netflix and the BBC for the first time on a wildlife show, the pandemic ravaged filming plans.

A trip to Costa Rica with the great naturalist, David Attenborough, was in the can, but it was during a visit to the Cairngorms in Scotland early last year that Covid-19 began to rear its ugly head in the UK.

Up to 10 shoots were wiped out by the pandemic, with producers having to abandon travel plans to Italy among other locations, while 95-year-old Attenborough safely ensconced himself at home in leafy south-west London. 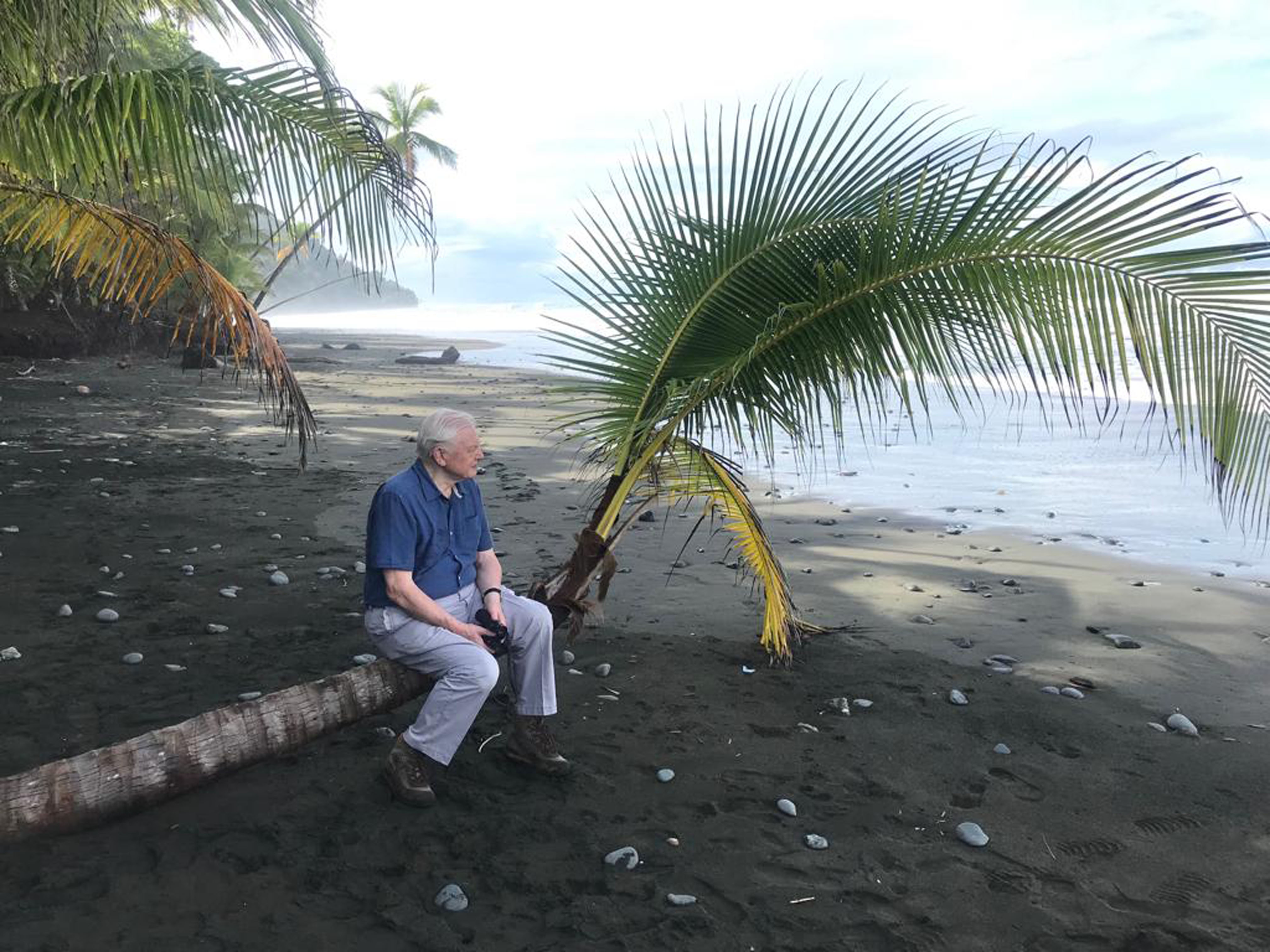 Dunleavy toyed with the idea of delaying production, but ultimately decided to forge on. The series was scaled back from three episodes to two for the BBC, and from four to three for Netflix, while shoots were set up much closer to home. Producers were also tasked with delivering early to help the BBC fill a gap in its schedule.

“We had planned to go to Italy with David, and maybe another trip in Europe,” he says. “It was to shoot a section on flowering meadows. Italy was in a fairly bad way [with corornavirus], so we had to abandon that. The UK became the place where we finished off those pieces with him and we managed to find some beautiful flowering meadows around Richmond Park.”

Given Attenborough’s advanced years, the presenter chooses his fieldwork carefully, usually book-ending a series with one or two location shoots. The idea with Life In Colour was that he would anchor location shoots threaded throughout the series. That’s because celebrating wildlife in all its colorful vibrancy has been a passion project of his since the days of black and white television.

Dunleavy agrees that it’s sad that the pandemic has robbed us of more of Attenborough in his element out in the wild, but he is pleased with the Richmond Park workaround. Dunleavy was also glad to have the Costa Rica excursion shot before the pandemic, giving us gorgeous images of Attenborough surrounded by hummingbirds. Dunleavy says the great man was as spritely as ever on the shoot.

“He was 92/93 when we film that, but he looks like somebody aged 60 or 65. He always looks much more youthful,” Dunleavy recalls. “It’s always fantastic being on location with him because you feel there is a joie de vivre there, which is really engaging. There is a real curiosity, not just about where he is and what he saw, but about everybody around him.” 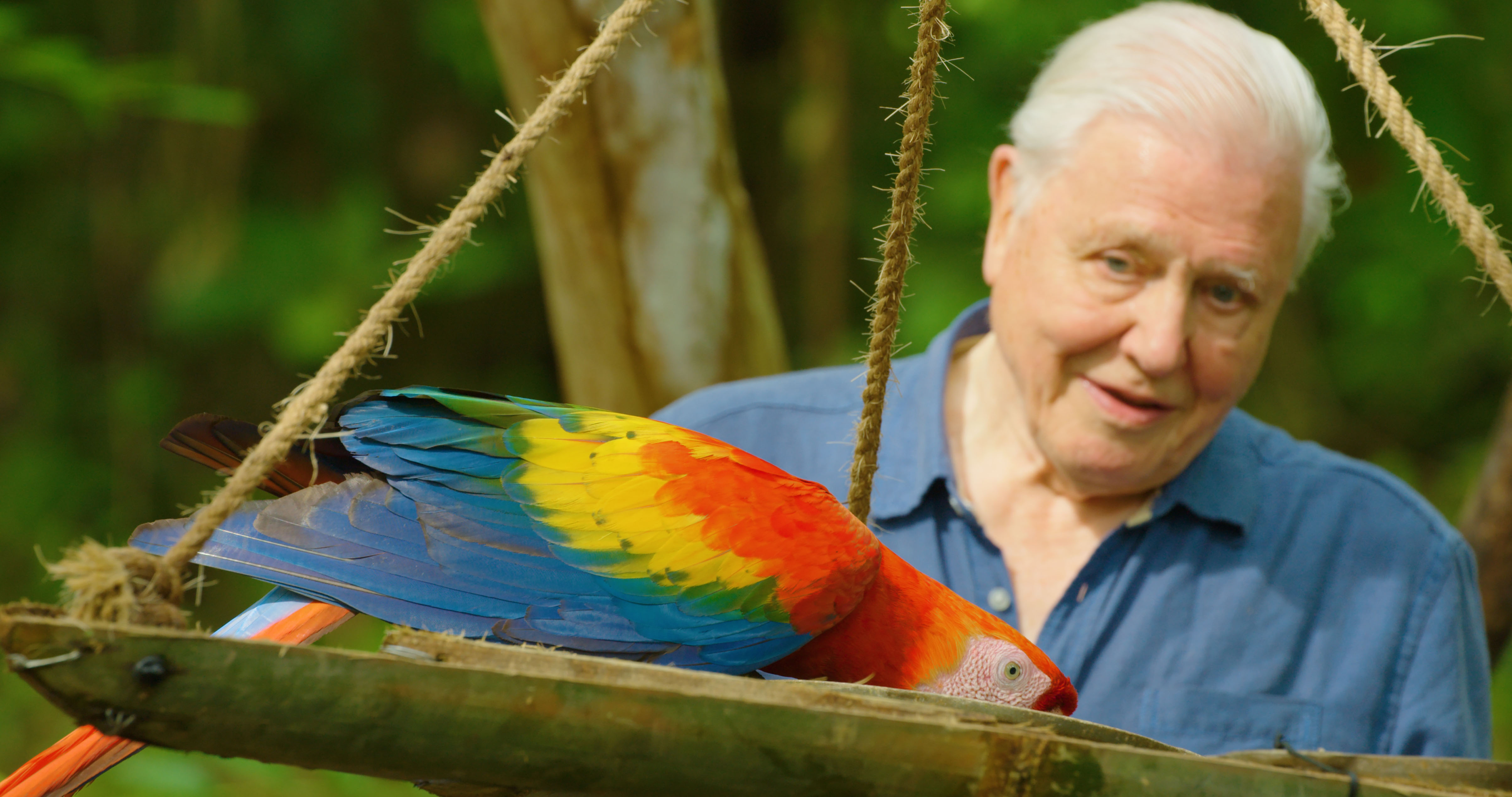 Dunleavy says Netflix came on board after an initial green light from the BBC. Australia’s Channel 9 is another co-production partner, while Aussie producer SeaLight Pictures made the series with Humble Bee, providing some of the specialist camera work on the show, which included polarisation and ultraviolet beam-splitter cameras.

Humble Bee’s development approach is to find an unusual window through which to frame a natural history series, and Dunleavy says there has scarcely been a better time for the genre. That’s why the former BBC Natural History Unit producer is investing in the company’s growth by hiring Icon Films executive Stephen McQuillan as its creative director and doubling down on development.

“We want to make sure that the stories that we tell have great imagination, so we’re not just retelling the same stories, we’re actually shining a new light on the natural world in a different way,” he says of the Bristol-based company he founded in 2009. “Part of the boom is because it’s like a library for the streamers. Top-end natural history is like a quality book you want to get out time and again.”

Attenborough’s Life In Colour premiered on Sunday with a slot-winning audience of 5 million for BBC One. It continues at 7PM this coming Sunday before Netflix premieres the series internationally later this year.