Jay Cutler had the internet in a tizzy when he enjoyed “oysters and wine” with former Very Cavallari star, Shannon Ford. On November 28, the former Chicago Bears quarterback, 37, shared a video to Instagram of himself with Ford and Mark “Chuy” Block at 167 Raw; a fish market and oyster bar in Charleston, South Carolina. Block is the owner of the model and talent agency, The Block Agency. Fans instantly assumed that the outing was Jay’s way of stirring the pot, since his ex, Kristin Cavallari previously fired Ford as the social media director of her Uncommon James jewelry and lifestyle brand.

“Kristin heard about the clip when she started getting a bunch of texts and calls from people. But truth be told, she laughed it off because despite what some may think it didn’t affect her one bit,” a source close to the mother of three told HollywoodLife, exclusively. “Kristin didn’t take the time to watch it because she’s been really busy promoting her Uncommon James jewelry line for the holiday season. Plus, she’s just living her life and staying in her own lane,” the insider explained. “She’s busy with work and the kids and really doesn’t have time to engage in the nonsense that outsiders try to create. She’s doing fantastic and is excited about celebrating the holidays.”

Kristin announced her split from Jay in April after 10 years together, and six years of marriage. The news came after Kristin cut ties with Ford on the season 2 premiere of her former reality show, Very Cavallari, which aired in January 2019. In the episode, the Uncommon James founder fired Ford for poor job performance, which she said at the time, was “long overdue.”

“Kristin made the choice to leave her marriage and she was also the one to end her friendship with Shannon,” a second source close to the former Laguna Beach star said. “She isn’t looking back on either decision so, as much as people might like to assume this video [of Jay and Shannon hanging out] would bother her, it doesn’t. She’s moved on and is very happy in her life,” the insider explained, adding that she “wishes the same” for Jay. 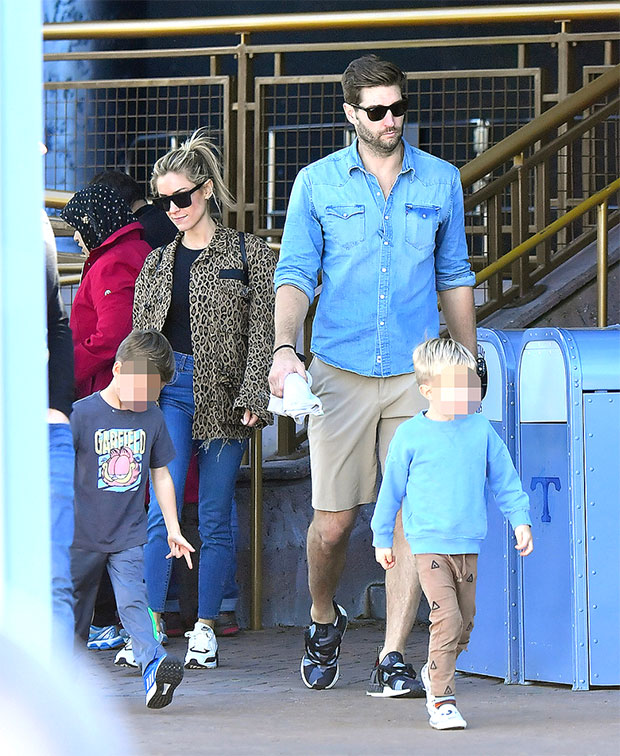 Meanwhile, a source close to both Kristin and Jay told HollywoodLife that the exes are respectful of how they spend their own time. “Kristin and Jay are over. She wants him to be a great father, but other than that, he now has his own life and she isn’t focusing on his personal life and she doesn’t care,” the third source explained. “As long he isn’t embarrassing himself, her or the family, she has to take it with a grain of salt and only deal with the things she can control. — But, she’s good.”

In May — just one month after Kristin announced her split from Jay — she revealed that her Very Cavallari reality series was ending after three seasons. “As I start this new chapter in my life, I have decided not to continue with Very Cavallari,” she wrote on Instagram at the time, later thanking her fans for their support.

Kristin and Jay, who share daughter Saylor, 5, and sons Camden, 8, and Jaxon, 6, appeared to spend Thanksgiving apart, according to social media posts. For his part, Jay shared an Instagram video of a turkey dinner with Carrie Underwood and her husband, Mike Fisher.

Meanwhile, Kristin posted a photo with her and Jay’s kids standing outside of her Nashville home. “Lots to be thankful for but most thankful for my little crew. The best things that ever happened to me,” she wrote, adding, “Happy Thanksgiving all!”