Researchers analysing bones found on the ship believe three of eight sailors came from North Africa, Iberia and the southern European coast. The remaining five were most likely from western Britain, though one had African roots. Scientists at Cardiff University used multi-isotope analysis, which can pinpoint where the sailors spent their childhood. Food and water, such as dairy, carry markers from their location – such as the grass eaten by cows – which remain in the teeth. 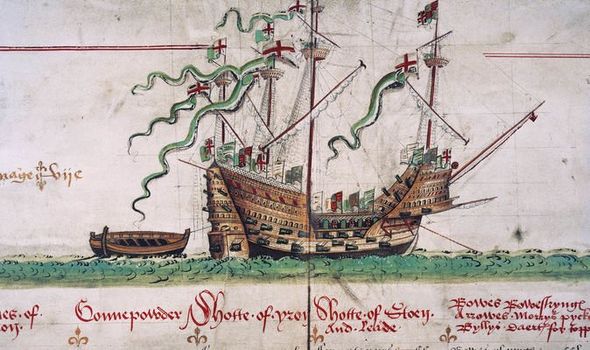 Dr Richard Madgwick, from Cardiff University, said: “We have been able to reconstruct the biographies of eight people from the Tudor period in much more detail than is usually possible.

“This has shown their diverse origins and provided the first direct evidence for mariners of African ancestry in the navy of Henry VIII.”

The Mary Rose warship served Henry VIII for 34 years until she sank during the Battle of the Solent in 1545, killing most of the crew.

She was raised from the seabed in 1982 and is displayed in Portsmouth. Dr Alexzandra Hildred, from the Mary Rose Trust, said of the sailors: “We never expected this diversity to be so rich.”

The study has been published in the journal Open Science.