A 25-year-old man died from his injuries Sunday following a mass shooting on a crowded downtown street in Austin, Texas, that left more than a dozen people injured, police said. Douglas John Kantor, who was hospitalized with critical gunshot wounds following the early Saturday morning shooting, died Sunday at 12:01 p.m., the Austin Police Department said in a statement. 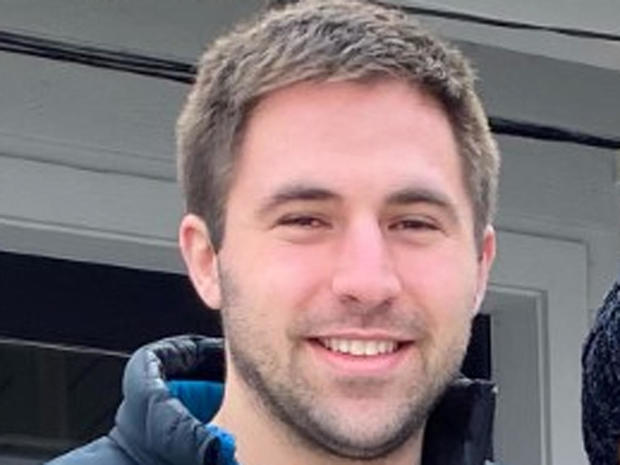 Kantor’s family said he was looking forward to marrying his high school sweetheart of 10 years and starting a family, according to a statement provided to CBS affiliate KEYE-TV.

“He was loved by all who knew him and had an infectious smile that would light up any room,” the statement said. “He was loved by his family, friends and everyone who met him. This senseless tragedy has put an end to all his dreams.”

Kantor lived in Michigan and worked in the information technology department at Ford Motor Co.

Interim Police Chief Joseph Chacon said the shooting happened around 1:30 a.m. Saturday on a street packed with bars and barricaded off from vehicle traffic. He said investigators believe the shooting began as a dispute between two parties.

Chacon said at least one suspect was arrested. The department provided no other details other than to say it is continuing to follow up on leads for a second suspect who is still at large. An investigation is ongoing.

The mass shooting — one of at least three in the U.S. late Friday or early Saturday — sparked panic along 6th Street, a popular nightlife destination in the city that’s home to the University of Texas.