As Debenhams and Topshop look set to close stores for good: Has our own laziness killed the High Street? 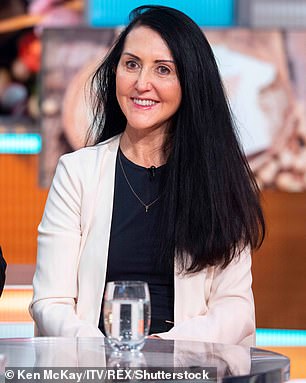 The day before Lockdown 3.0 started, I went to my local High Street hellbent on some last-minute spending.

I circled for an hour, trying to park. The space I found only took coins, so I had to smash and grab in Space NK. ‘Do you want to try the eye balm?’ ‘Are you mad? I’ll be towed!’

Having re-parked in a multi-storey, I braved M&S. Inside, claustrophobic and made giddy by Per Una, I came across the much-maligned Great British Female Shopper. Ah, so she’s not extinct. She’s not lazy, either — she’s tenacious. You’d have to be, given the overcrammed rails.

You could tell she was glad to be out. But disillusionment soon seeped in. There was the trek to the down escalator through over-bright lighting and jangly Muzak. The wearisome excavating inside every garment to snuffle out the price and size.

She knows exactly what she wants. She’s loyal, too: Debenhams reminds me of shopping with my mum for my first pair of white lace tights. She’s often far more knowledgeable than the staff (in Harvey Nicks recently, an assistant had ‘no idea’ if they sold John Smedley knitwear).

Five years ago, mindful that Debenhams had not had one new idea since Designers at… in 1993, I suggested to the CEO that he copy Selfridges and make shopping an event; I didn’t even warrant a reply.

On the aforementioned trip I queued to ask a question, only to be told: ‘If it’s not on the rails, we don’t have it.’ Ah, so I have to do your job. And, ‘We don’t have the cashmere. That’s Oxford Street only.’ You provincial hick. Next, to the snooty ‘assistants’ in Topshop, turning their noses up at anyone fat or 40.

You see, it’s not the brands that are toxic — Debenhams is in the top ten of the most visited UK retail websites — but the assault course of the bricks and mortar. Take the horror of the changing-room mirror. In the comfort of your bedroom it all looks nicer.

I have sympathy for those losing their jobs, but why wouldn’t someone help pull a bodycon dress over my ears, or fetch a bigger size?

In Debenhams, I was shadowed by security in case I went on the run with the self-tan. That never happens with a virtual basket.

Compare and contrast the above with my morning yesterday. A black box left on my doorstep by Net-a-Porter. No eye-rolling, no being Tasered by perfume. Just me and my cashmere tank top encased in tissue paper. It was Christmas Day all over again… not the Somme. 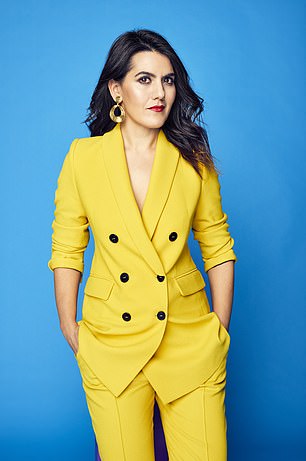 By Farrah Storr – editor-in-chief of Elle

See. Click. Pay. This is what shopping has become. A lesson in how to use as few muscles (and certainly brain cells) as possible when engaging with the art of the purchase.

Except it’s not an art any more, is it? It feels more like a chore; an act that has become as monotonous as polishing the dining-room table.

Of course, online shopping is convenient. But it’s no match for the hallowed High Street, a place where surprise and delight have been the stock-in-trade for hundreds of years. There’s no substitute for a cheering conversation with a helpful shop assistant or stumbling upon a friend, laden with bags, and retreating to the corner of a busy coffee shop.

You may think ordering an iron while watching Couples Come Dine With Me in your pyjamas is a victory, but at what cost? Shopping, like sex, is never about the act of attainment — it’s about the slow seduction that gets you there.

Remember the art of browsing? A meditative act if ever there was one. How wonderful it was to aimlessly wander, letting not just the eye, but the entire body, be caressed by the sights, sounds and smells of a shop, a place where a fellow human had curated a joyous selection of things you had no idea would enhance your life. Online ‘browsing’ is simply not the same. You need to do the hard work, which, I guess, is why it’s called ‘surfing’.

Of course, you know all this already. Go on, talk to anyone you know about the demise of the High Street and watch the sorrowful chin tilt, the doleful Princess Di eyes, followed by the hackneyed lament: ‘It’s such a shame, isn’t it?’ Yes, Covid pulled the plug on the High Street’s life support, but we, the shoppers, put it in the hospital to start with. If there’s one thing that beats human beings’ capacity for laziness, it’s our ability to self-deceive.

I know this because I have done it myself. Just last night, I ordered one of those white nail pencils that make it look as if you’ve had a manicure. It arrived less than 12 hours later, placed on my doorstep by a man who looked as pained to be delivering it as I felt receiving it. Oh, how anticlimactic it was to open the dull brown box and add it to the cardboard Jenga that has quietly amassed on my kitchen floor.

Shopping used to make me happy. I realise that now. Not the purchase, but the very act of it. And it used to make you happy, too. Because where’s the joy in buying a new pair of shoes while sitting in a stained pair of PJs?