A week after her split from Elon Musk, Grimes has released ‘Love,’ a new song about all the ‘bad press’ and ‘harassment by paparazzis.’ Listen to it here.

Grimes has turned to music following her split from Elon Musk. The singer, real name Claire Boucher, 33, shared a new song on Instagram on September 30 called “Love,” which she described as a response to “all the privacy invasion, bad press, online hate and harassment by paparazzis I’ve experienced this week.”

The new song comes after Grimes and Elon, 50, announced their “semi” split on September 24 after three years together. The billionaire SpaceX founder confirmed to Page Six that the two were “semi-separated” but still on “great terms.” The duo share one son, X Æ A-Xii, 1, together. “We are semi-separated but still love each other, see each other frequently, and are on great terms,” he said.

“It’s mostly that my work at SpaceX and Tesla requires me to be primarily in Texas or traveling overseas and her work is primarily in LA,” Elon continued. “She’s staying with me now and Baby X is in the adjacent room.” The two were romantically linked in May 2018, and made their red carpet debut at the 2018 Met Gala shortly after. They welcomed their son in May 2020. 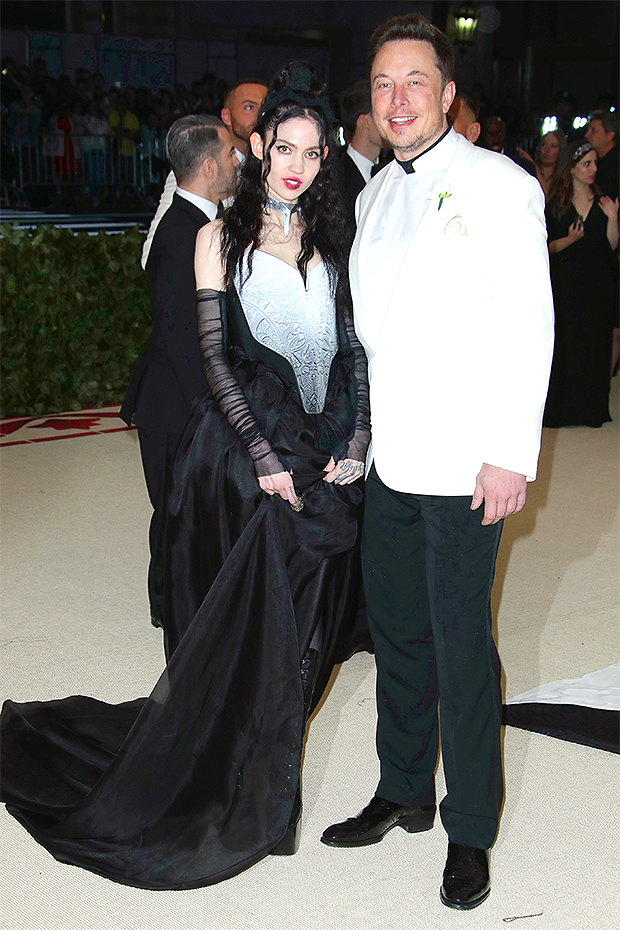 “Love” is the first new track from Grimes since she contributed original music to Endel, an app that creates algorithm-based personalized soundscapes, in October 2020. Inspired by her own experiences as a new mother following the birth of Baby X, the singer released “AI Lullaby.” Her most recent album, Miss Anthropocene, was released in February 2020.

In a September 16 segment for Vogue that followed her 2021 Met Gala preparation process, Grimes revealed a new album was on the way. “I’m just finishing an album, and I think it is by far my greatest work that I’ve ever done,” she said. “I actually just made the last song for it two nights ago.” She added that giving birth to Baby X was a “big rebirth for me artistically.”