Google Maps is a web mapping service which can be used for satellite imagery, route planning and panoramic view of streets.

Not only is it the perfect tool for traffic conditions, very occasionally it catches people doing extraordinary things.

And one bloke has managed to make it work for him, in the most hilarious way possible.

In a video clip, a man can be seen zooming into an Italian city, near Rome, and finding a black car in the middle of the road.

According to Urban Dictionary, the Circle Game is when someone forms the “Okay” sign with their thumb and index finger, which is held below their waist.

If one person looks at the hand while the sign is being made, the person making the sign is allowed to punch them in the arm or shoulder area.

It looks like this car passenger must have clocked the Google Street View camera as it got closer and took the opportunity to have a laugh. 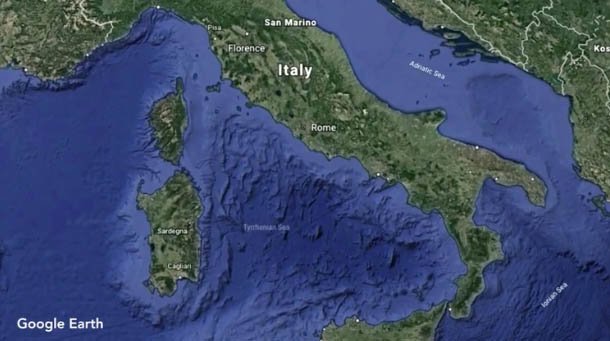 Meanwhile, this isn’t the first time Google Maps has captured something on its app.

Previously, a user spotted something very bizarre about this man on the beach, which was caused by a technical glitch.

In the photo, the man is leaning on the chair with one leg flat on the sand.

But the other leg is nowhere to be seen and all you can see is his toes coming out from his backside.

Previously, Google Maps spotted a man in the middle of something very naughty.

The tool also caught one couple getting seriously intimate in public.

And on another occasion, it spotted a topless woman in a very awkward blunder.

At first glance, it looks as though two topless women are wearing the same exact bikini. But if you take a second look, you can see what’s really going on.