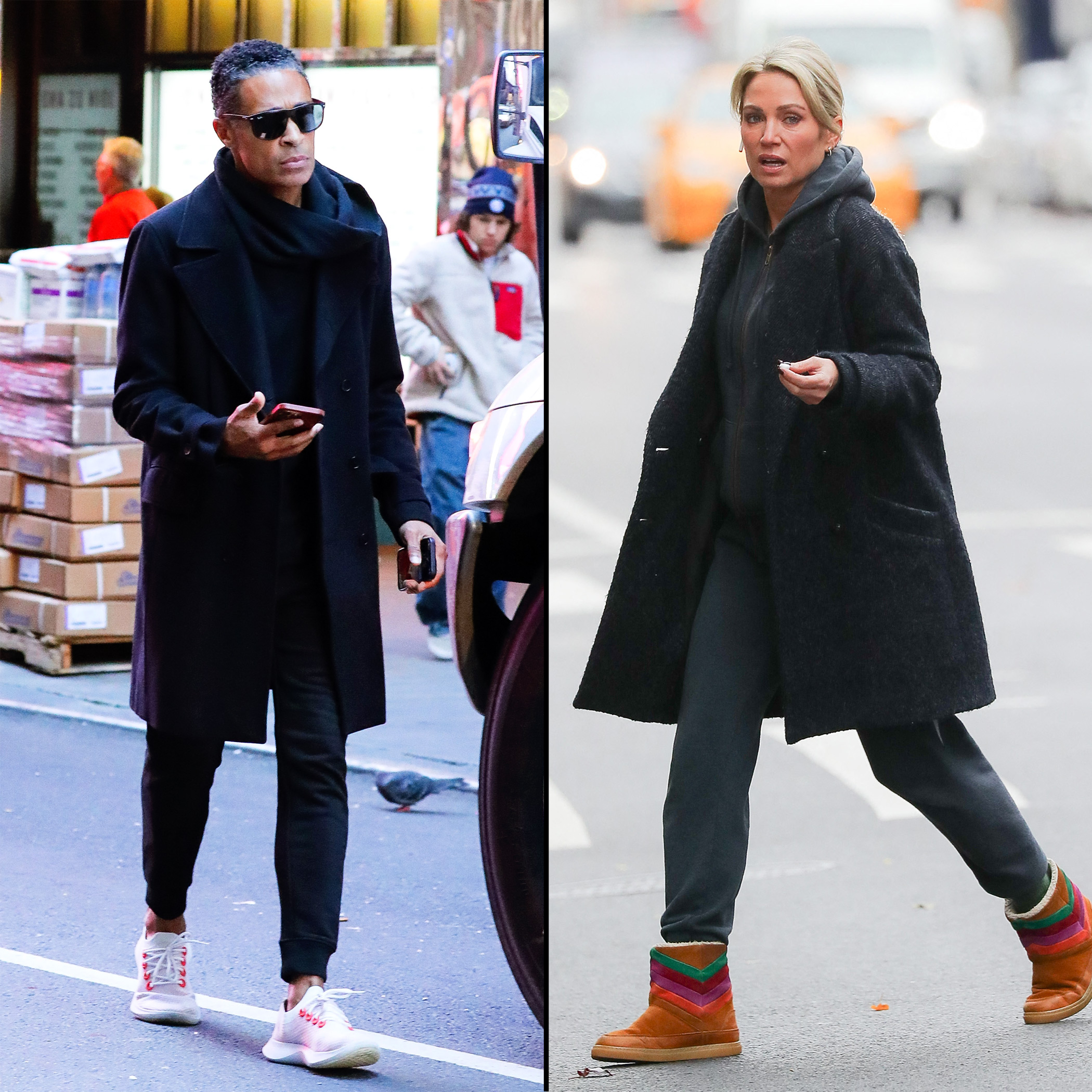 The GMA3: What You Need to Know cohosts were photographed shopping in Florida on Monday, December 26, shortly after being spotted at an airport in Atlanta together.

Holmes, 45, wore a black hoodie, white T-shirt and jeans as she stood beside Robach, 49, at the airport, according to photos obtained by Daily Mail. The University of Georgia alum, for her part, opted for a deep pink shirt, jeans and long black overcoat for the flight.

Later that day, the twosome were seen wearing the same outfits while shopping at a Miami Publix. Robach pushed a cart filled with Stella Artois beer, orange juice and more goodies to their car, in snaps shared by the outlet on Thursday, December 29.

The grocery pictures surfaced one day after Us Weekly confirmed that Holmes had filed for divorce from Fiebig, 45, in New York City.

The former CNN reporter’s filing came one month after he and Robach initially sparked romance speculation. In November, the coworkers raised eyebrows when PDA-filled photos surfaced.

At the time, both Holmes and Robach were married to other people and had yet to comment on their respective relationship statuses. The Arkansas native married Fiebig in 2010. The now-estranged couple share 9-year-old daughter Sabine. Holmes is also the father of daughter Brianna and son Jaiden from his first marriage to Amy Ferson.

Robach, for her part, shares daughters Ava, 20, and Annie, 16, with ex-husband Tim McIntosh. The Michigan native moved on with Andrew Shue, whom she wed in 2010. The pair have been vocal over the years about their blended family, with Robach becoming stepmother to her spouse’s three sons — Nathaniel, 26, Aidan, 23, and Wyatt, 18 — following their nuptials.

Us previously reported that the Good Morning America personalities’ romance “blossomed from a close friendship,” with a source exclusively revealing in November that Holmes and Robach’s “work trips away together brought them even closer.”

While the twosome have yet to publicly comment on their rumored romantic relationship, they hinted at the photo scandal one day after the pictures made headlines. “Who’s looking forward to the weekend?” Holmes teased during GMA’s third hour in November as Robach raised her hand. “Of course we are.”

‘GMA’ Anchors Amy Robach and T.J. Holmes’ Candid Quotes About Each Other

One week later, news broke that both reporters were benched as ABC launched an internal investigation into the nature of their relationship.

“T.J. and Amy are not on camera currently because ABC wants to make sure it’s able to do a full review of their relationship before bringing them back on air,” a source exclusively told Us on December 12 as the journalists entered their second week of hiatus.

Earlier this week, Robach’s stepson gave a rare glimpse at his family life amid all the drama. “RIDERS ON THE STORM,” Shue’s oldest son, Nate, captioned an Instagram photo with his dad and siblings in Montana on Tuesday, December 27. “ON TO ’23.”

The Melrose Place alum, for his part, hasn’t publicly commented on his wife’s alleged affair, but he did wipe Robach from his social media profiles after the scandal broke.