After six years and $50 million, Shepparton’s striking new art gallery will open its doors for the first time next weekend. The Shepparton Art Museum, which features four main galleries including a dedicated children’s space, was originally conceived as a land sculpture.

Philanthropist Carrillo Gantner’s gift of Indigenous artworks was the catalyst for the new Denton Corker Marshall-designed gallery, which has a four-storey-high internal void and references the Australian landscape with verandah-inspired tiers and ochre-red corten steel. Sitting at the foot of Victoria Park Lake, the gallery has panoramic views across the Goulburn Red River Gum forest. 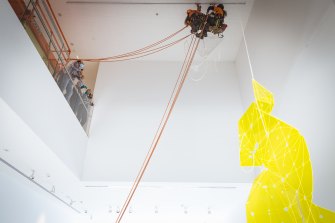 Artist Anne-Marie May watches the installation of her work at the Shepparton Art Museum.Credit:Chris Hopkins

The gallery, which had been housed in nearby council offices, had long outgrown its space. The new building is also home to the Aboriginal arts centre Kaiela, a tourist information centre and a cafe. There is an events space on the rooftop terrace and an outdoor amphitheatre.

Director Rebecca Coates said the gallery was an important new civic space for arts and culture.

The building was funded by local council, state and federal governments, as well as philanthropic and community support. It represents a massive investment for Shepparton and the region more broadly. Ms Coates said the centre would also bring a much-needed positive story to the town.

“I think we are changing the perception, having something that is world-class, changing the agenda for what Shepparton is known for, fostering that pride in place,” she said. 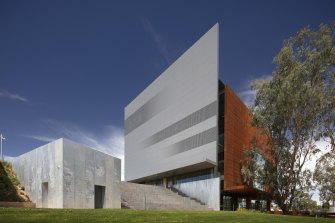 Ceramics and Indigenous art continue as key focuses for the gallery, which houses one of Australia’s most significant south-east Australian Indigenous regional collections, and has the country’s largest holding of Namatjira family works. The ceramics collection is spread throughout the building, rather than confined to one space.

The gallery’s launch show Lin Onus: The Land Within will be the first time the renowned Yorta Yorta artist has shown on country. Curated by Yorta Yorta woman Belinda Briggs, curator – Indigenous, and senior curator Shelley McSpedden, it includes paintings, prints and sculpture from the 1970s to the artist’s death in 1996. 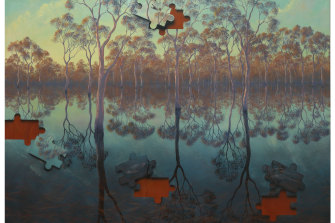 A new ambassadors and volunteers program, designed to encourage people from outside the arts to get involved with the museum has had a strong response, with 50 people signed up. Created with support from the Buckland Foundation, the program was advertised in five languages: English, Arabic, Hazaragi, Dinka and Swahili.

“We have partners who work with multicultural communities and are working hard to go out and bring people in. People from war-torn countries, what is the opportunity … we are thinking about pathways differently,” Coates said.

A new artwork by acclaimed Yorta Yorta, Wamba Wamba, Mutti Mutti and Boonwurrung artist Maree Clarke called Connection to Country – I Remember When… will also be on display, part of it in large-scale light boxes in the front windows of the building to entice passers-by in the door. 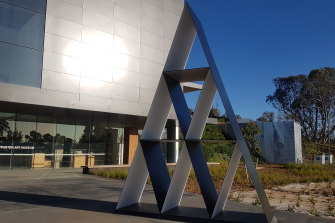 More than 60 artists feature in Flow: Stories of River, Earth and Sky in the SAM Collection including new acquisitions shown for the first time as well as works from the Carrillo and Ziyin Gantner Collection of Australian Indigenous Art. 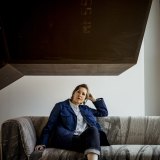 Amrita Hepi’s video A Call to Echo opens the dedicated Children’s Gallery and is designed to get kids moving, responding to images sampled from film, dance history and Hepi’s own work.

In the forecourt is the gallery’s largest work to date, a five-metre-high sculpture by Girramay and Kuku Yalanji artist Tony Albert. Called House of Discards, the steel structure looks like a super-sized house of playing cards with black and white faces. A pared back piece, it provides a nuanced commentary on race relations in this country.

Coates says it’s a timely opening, after the past two years when “we’ve had all the joy sucked out of our lives”. “We haven’t been able to travel for two years, and I don’t know what travel is going to look like… we have some first-class arts and cultural experiences on our doorstep, let’s celebrate [them],” Coates says. “Stop looking elsewhere and enjoy and value what we’ve got.”